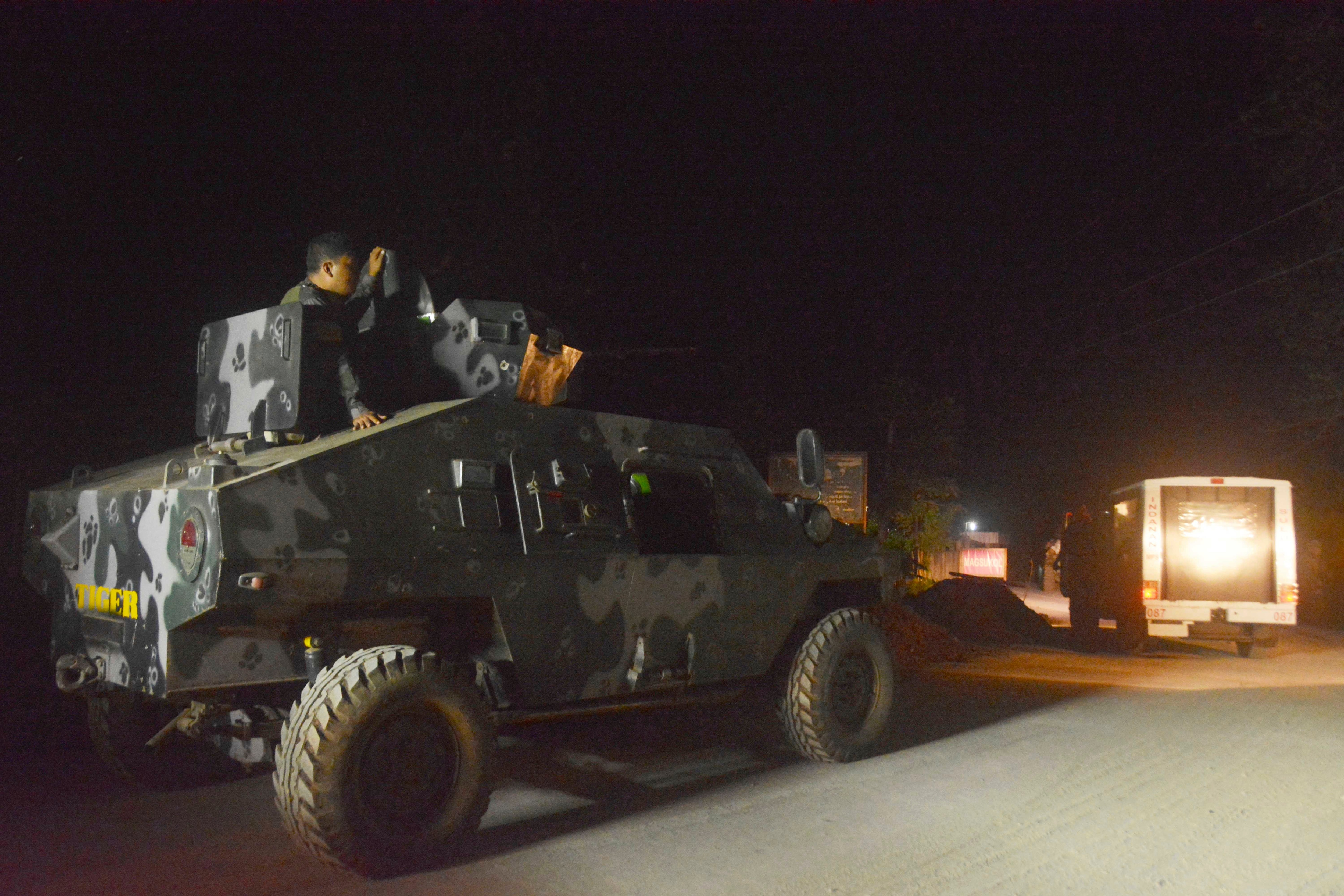 Almujer Yadah and Bensito Quitino turned themselves in and handed over their assault rifles to military officials in the city of Jolo in southern Sulu province, Sulu military commander Maj. Gen. Ignatius Patrimonio and other security officials said. Officials did not provide details on how and when the handovers were arranged.

The two were briefly introduced at a press conference at an army camp in Jolo and later handed over to the police.

Sulu Provincial Police Chief Colonel Jaime Mojica said they would face multiple murders and other criminal charges, including violating the country’s anti-terrorism law. The militants are accused of beheading the hostages after they failed to receive the large ransoms they were demanding.

They were also involved in other ransom kidnappings and bombings, Mojica said.

Canadian tourists Robert Hall and John Ridsdel, along with a Norwegian and a Filipino man, were abducted by gunmen Abu Sayyaf from a marina on the southern island of Samal in September 2015 and taken to jungle camps in Sulu.

Hall and Ridsdel were beheaded by the militants months later after the deadline for paying the ransom had passed. Videos released by the militants showed the victims being brutally killed in front of an Islamic State group-style black flag. The Norwegian and Filipino hostages were eventually freed.

Canadian Prime Minister Justin Trudeau said at the time that he was appalled by the killings and reiterated Canada’s refusal to “ransom hostages to terrorist groups because it would endanger the lives of more Canadians”. He said Canada is working with the Philippine government “to prosecute and bring to justice those responsible for these heinous acts as long as it takes.”

Other prime suspects in the Hall and Ridsdel kidnappings and murders were previously killed in clashes with Philippine forces.

Mojica said the two militants were also involved in the 2017 beheading of German hostage Jürgen Gustav Kantner in Sulu. Gunmen Abu Sayyaf seized Kantner at gunpoint and killed a woman who was sailing with him off the neighboring Malaysian state of Sabah. Villagers later found a dead woman on a German-flagged yacht off Laparan Island in Sulu.

The United States and the Philippines have labeled the Abu Sayyaf a terrorist organization for kidnappings, beheadings and bombings. The small but brutal group emerged in the early 1990s as an extremist offshoot of a decades-long Muslim separatist rebellion in the southern Philippines, home to the largely Roman Catholic nation’s Muslim minority.

The Abu Sayyaf has been significantly weakened by decades of military offensives, capitulations and power struggles and is currently estimated by the military to number fewer than 200 armed fighters but remains a national security threat.