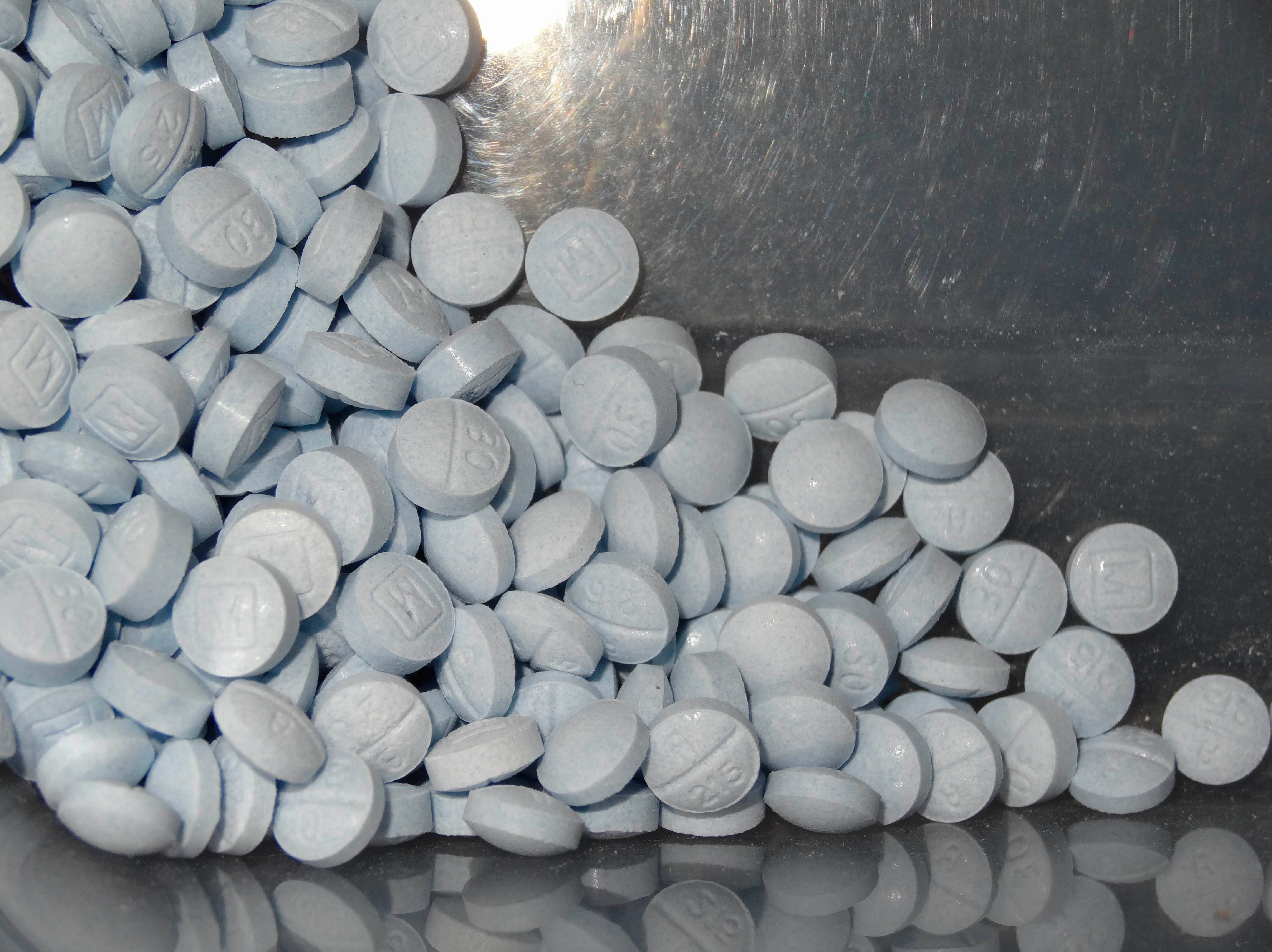 (U.S. Attorney for Utah via AP) This photo, provided by the U.S. Attorney for Utah and introduced as evidence in a 2019 trial, shows fentanyl-laced counterfeit oxycodone pills collected during an investigation. A recent Washington Post story describes methamphetamine and fentanyl being shipped to St. George by Mexican drug cartels.

As St. George has grown, so has the region’s demand for synthetic drugs, according to a recent Washington Post investigation that details how methamphetamine and fentanyl are being shipped to the southern Utah city by Mexican drug cartels.

The impact has been devastating, according to statistics referenced by The Post. In Utah, fentanyl overdose deaths had risen 300% in the past three years, with 170 deaths in 2021, according to the state health department.

Brady Wilson, an agent for the Drug Enforcement Administration, initially initiated the St. George investigation with other federal law enforcement officials based on a “gut feeling” that the cartel was selling drugs in the city, the story says.

In 2021, authorities traced a drug shipment to Rubio Quintana, who had been deported to Mexico years earlier but returned to St. George.

They learned that Rubio Quintana lived in a suburb of St. George. The first time agents bought meth from him, it arrived in a 5-pound tub of sour cream, so they dubbed the investigation “Operation Sour Cream,” according to the Washington Post report.

The Post describes how, in the 2010s, the closest drug cartel outpost to St. George was Las Vegas, about a two-hour drive away. But St. George’s population growth led to greater demand for medicines in the area, The Post reported.

The story describes Interstate 15, which runs through St. George and connects Los Angeles to much of the country, as “America’s main thoroughfare for fentanyl.”

Rubio Quintana and his colleagues ordered medicines from Mexico, picked them up in California, distributed them in southern Utah and remitted payments back to Mexico, according to court documents referenced by The Post.

Rubio Quintana was later taken into custody by the DEA and charged with conspiracy to distribute fentanyl and methamphetamine and conspiracy to launder money, court documents show. He was also charged with illegally re-entering the United States.

In July, he pleaded guilty to fentanyl, methamphetamine and marijuana trafficking and laundering the proceeds. His sentencing was postponed to 11 a.m. on Feb. 28 this week, according to court records.