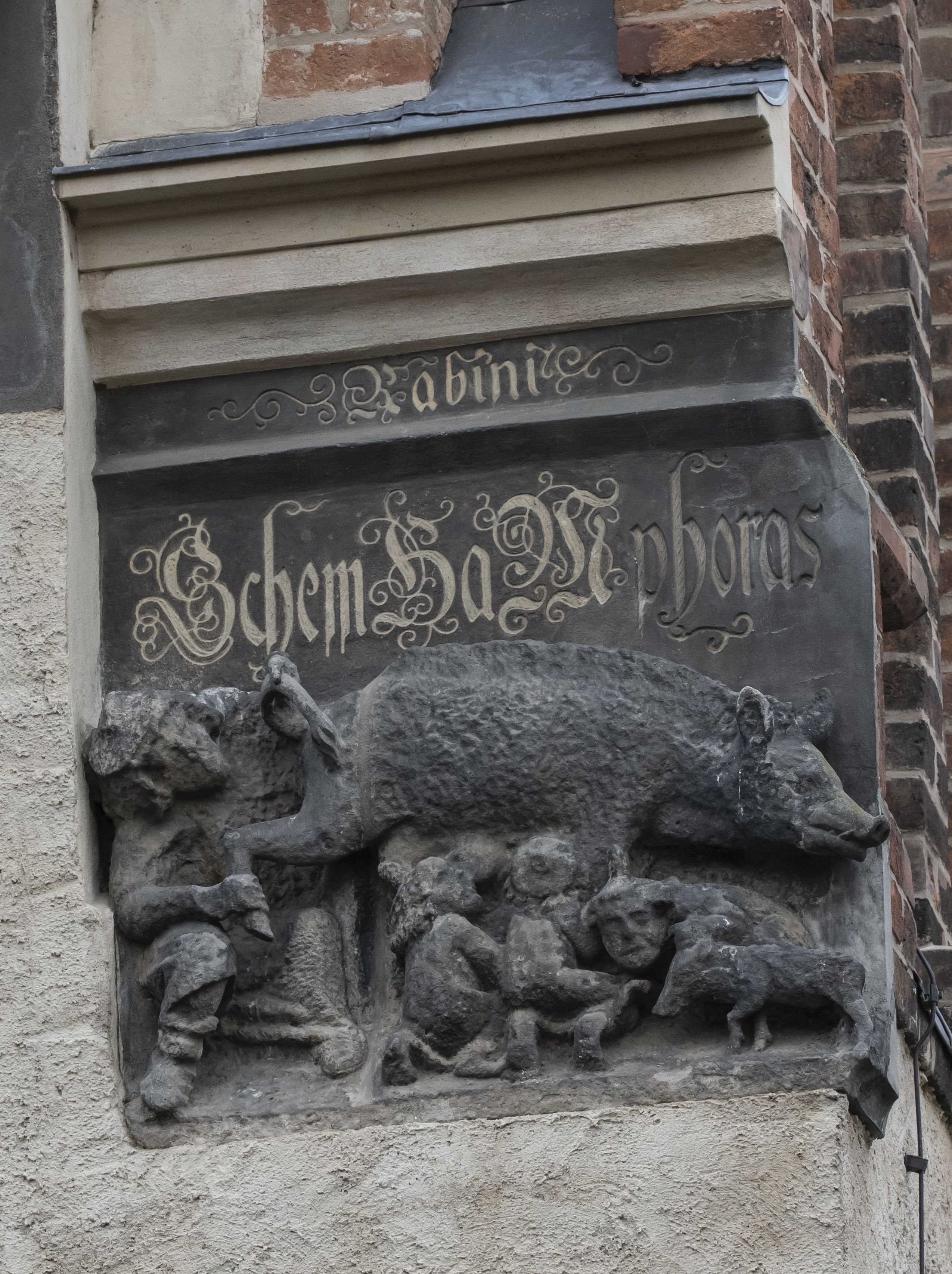 FILES – The so-called ‘Judensau’ or ‘Jewish Pig’ sculpture is pictured on the facade of the Stadtkirche in Wittenberg, Germany, January 14, 2020. The sculpture is about 4 meters above the ground. A German federal court will rule on a Jewish man’s request to force the removal of the 700-year-old anti-Semitic statue from the church where Martin Luther once preached. (AP Photo/Jens Meyer, file)

BERLIN – A German federal court on Tuesday denied a Jew’s request to have a 700-year-old anti-Semitic statue removed from a church where Martin Luther once preached.

The Federal Court of Justice upheld the lower courts’ rulings on the “Judensau” or “Judenschwein” sculpture on the Stadtkirche in Wittenberg – one of more than 20 such relics from the Middle Ages that still adorn churches across Germany and elsewhere in Europe. These judgments pointed to the addition of a memorial and a sign in recent decades.

The case went to the Federal Court of Justice after courts in eastern Saxony-Anhalt ruled against plaintiff Michael Duellmann in 2019 and 2020. He had argued the sculpture was “a slander and insult to the Jewish people” that had “a terrible effect to this day” and suggested it be moved to the nearby Lutherhaus Museum.

The sculpture, placed about four meters (13 feet) off the ground on top of the church, depicts people identifiable as Jews suckling from the teats of a sow while a rabbi raises the animal’s tail. In 1570, after the Protestant Reformation, an inscription was placed referring to an anti-Jewish treatise by Luther.

In 1988 a memorial was set into the ground that refers to the persecution of the Jews and the 6 million victims of the Holocaust. In addition, a sign in German and English provides information about the sculpture.