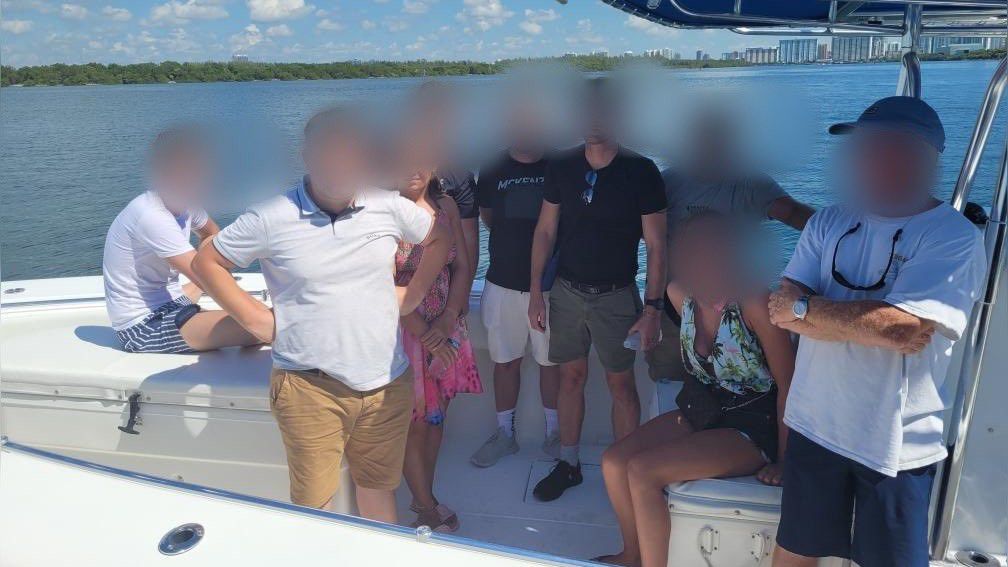 Agents also seized $32,000 and a gun, according to a tweet by Chief Patrol Agent Walter N. Slosar, who runs the Miami sector of the US Border Patrol.

US Department of Homeland Security officials said agents performed the bust about two miles off Haulover Inlet with the help of Border Patrol and Aventura police.

Slosar said among those arrested were eight foreign nationals – six from the UK and two from Ireland – and one other person who had only been identified as a “suspected smuggler”.

Homeland Security agents are on the case.