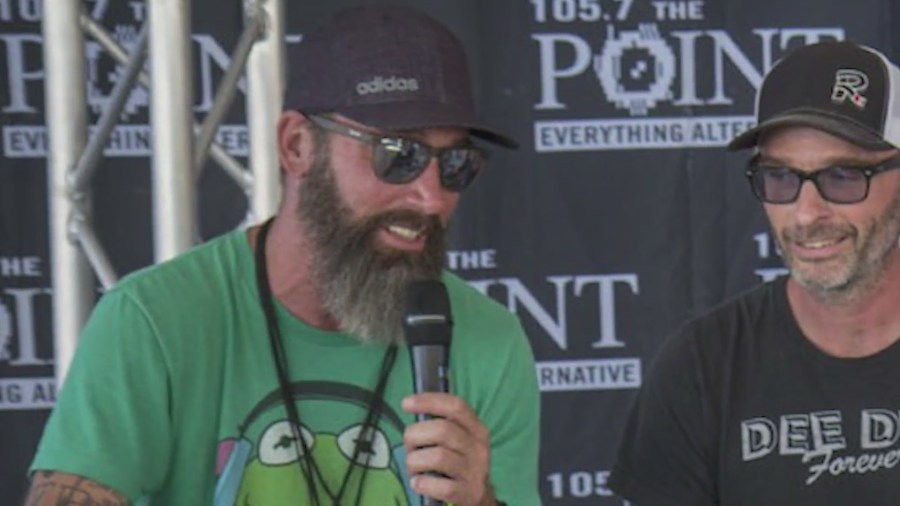 ST. LOUIS — Jeff Burton of 105.7 The Point’s St. Louis radio station announced in March 2021 that he had been diagnosed with prostate cancer. On Monday, July 11, his co-hosts on “The Rizzuto Show” announced to listeners that Jeff has been taken off treatment and admitted to hospice.

His friends and fans are sending love and prayers. You’re definitely not giving up hope.

Friendly radio stations have asked for support on the air.

“He’s a broadcast legend in our town and just a wonderful human being,” Randy Karraker told 101 ESPN.


“Just like he makes our day better when he makes a joke or comment in the hallway,” said Karraker’s co-host Michelle Smallmon. He does that every day for all of St. Louis. We love you Jeff.”

A former St. Louis Blues player encouraged the audience to support her.

“Your thoughts and prayers are appreciated for Jeff and his family,” Jamie Rivers told 101 ESPN.

“So what does Jeff want from us? Jeff wants us to laugh. Right?” said Scott Rizzuto, who told listeners Monday on The Point. “When you say your prayers, pray for Jeff.”

“Pray for peace. Pray for a miracle man.”

They fought back tears as they spoke, but a smiling “snippet” of Burton, now seated behind his microphone in his spot in the studio. It reminds her of all the great times and laughs.

Burton has enthralled audiences with his wit and love of music for decades. He is a regular fixture at concerts, particularly “Pointfest” music festivals, introducing bands on stage and interviewing them behind the scenes. He developed a special relationship with his favorite band Blue October.

“Is there a bigger Blue October fan than Jeff Burton?” said Rizzuto when the band visited the studio in 2019.


“I’m trying. I only have three Blue October tattoos. I’m sure there are people who have more,” Burton said.

The Blue October leader said Burton was with him through his “toughest times”.

“Jeff has my heart,” Justin Furstenfeld said. “He is my husband. Jeff was with me when I was going through some really tough times.”

The band can only be surpassed by Burton’s wife, two daughters and their three dogs. A daughter started one Facebook page for sharing “Jeff” stories.

“Just over a year ago, I happened to receive an email from Jeff about his dog, Eloise,” Banker said. “He calls her ‘Weezy.’ She has her own Instagram page. He was hoping she might be featured on the “Poochercast” on FOX 2 News in the morning.”

“Weezy” was then featured in Tuesday night’s FOX 2 News report on Jeff.

The Point accepts cards and letters, which are forwarded to Jeff and his family. click here and follow The Point’s instructions to participate.

Burton’s love of blues hockey once crossed paths with one of his dogs and the family’s Roomba vacuum. The dog left a mess on the floor of Burton’s house. He shared what happened on the Blues Last Minute Podcast last month.

“Roomba came over and ‘zambonied’ the thing over the hardwood floors,” Burton said.

dr Jamie Maxwell, a dentist with Crestwood Dental Group, recalled Burton’s story about the Roomba and the dog.

“Oh, that’s what I told my wife about: the Roomba and the dog,” Maxwell said. “We have three dogs. I was just imagining that.”

Maxwell said he was a fan turned show sponsor. He recently donated to The Point’s “Man of Many Hats” campaign. Burton wears a sponsor’s hat in exchange for donations to the Charity Kids Rock Cancer..

Burton uses his fight to shine a light elsewhere, raising tens of thousands of dollars.