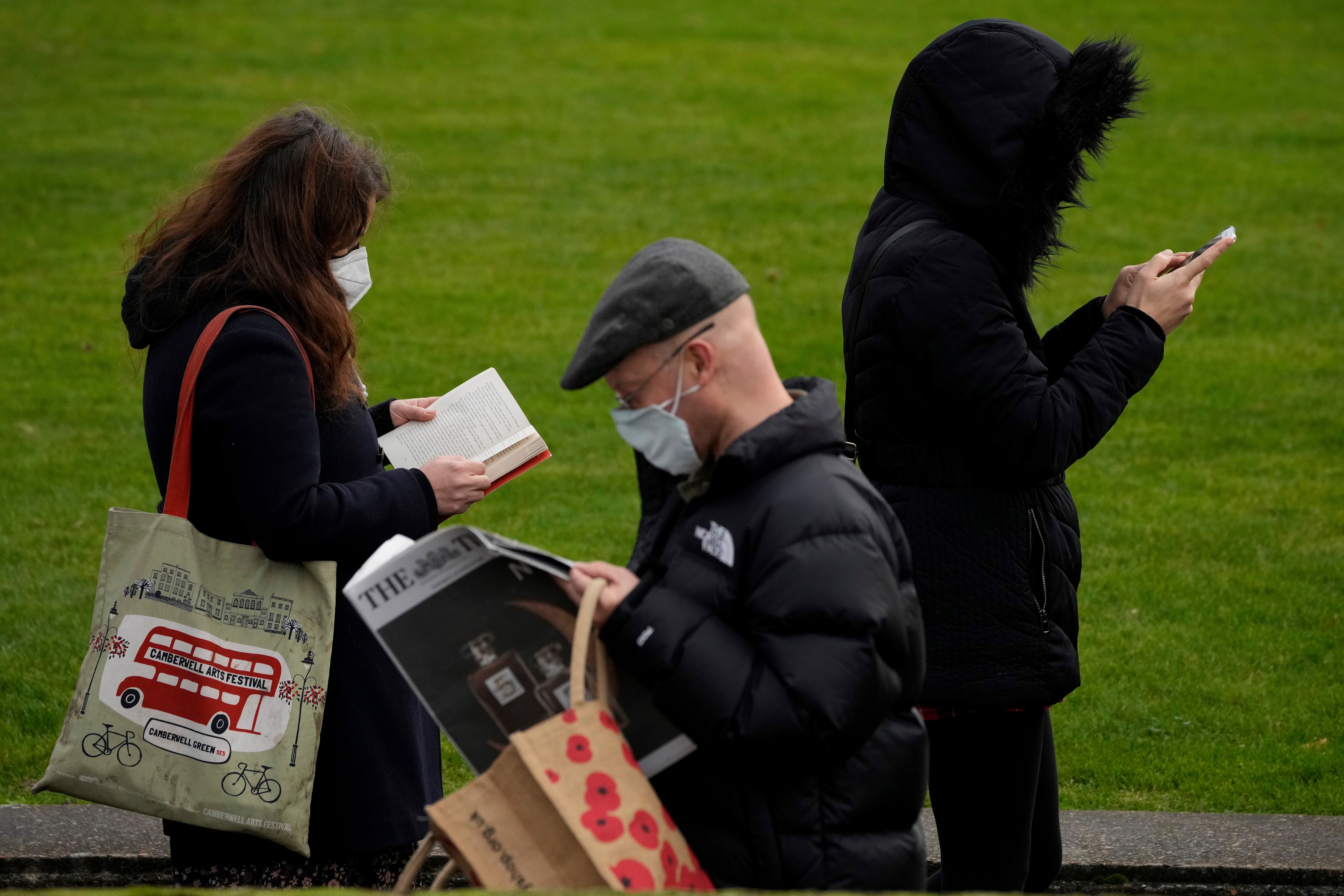 LONDON – For many in the UK, the pandemic might as well be over.

The mask requirement has been removed. Free bulk testing is a thing of the past. And for the first time since spring 2020, people can go on vacation abroad without ordering tests or filling out lengthy forms.

That sense of freedom is widespread, even as infections in the UK surged in March, fueled by the milder but more easily transmissible variant of Omicron BA.2, which is spreading rapidly in Europe, the US and elsewhere.

The situation in the UK could be an indication of what lies ahead for other countries as they ease coronavirus restrictions.

France and Germany have both seen similar spikes in infections in recent weeks, and hospital admissions in the UK and France have risen again – despite the number of deaths per day being well below levels seen at the start of the pandemic.

In the United States, more and more Americans are testing at home, so the official number of cases is probably significantly undercounted. The list of newly infected includes actors and politicians who are regularly tested. Cabinet members, House Speaker Nancy Pelosi, Broadway actors and the governors of New Jersey and Connecticut have all tested positive.

The UK stands out in Europe for abandoning all damage control measures, including mandatory self-isolation for those infected, in February. Prime Minister Boris Johnson’s Conservative government is determined to stick to its ‘Living with COVID’ plan, but experts are divided on whether the country is coping well.

Some scientists argue that it’s the right time to accept that “living with COVID” means tolerating a certain level of disruption and death, much like we do with seasonal flu. Others believe the UK government lifted restrictions too quickly and too soon. They warned that deaths and hospitalizations could continue to rise as more people over 55 – those most likely to get seriously ill with COVID-19 – are now becoming infected despite high vaccination rates.

Hospitals are under renewed pressure, both from patients with the virus and large numbers of sick staff, said National Health Service medical director Stephen Powis.

“Blinding ourselves to this level of damage does not mean living with a viral infection – quite the opposite,” said Stephen Griffin, professor of medicine at the University of Leeds. “Without adequate vaccination, ventilation, masking, isolation and testing, we will continue to ‘live’ with disorders, disease and, unfortunately, death as a result.”

Others, like Paul Hunter, a professor of medicine at the University of East Anglia, are more supportive of government policies.

“We’re still not at the point where (COVID-19) will be the least harmful… but we’re through the worst,” he said. Once a high vaccination rate is achieved, there is little value in maintaining restrictions such as social distancing because “they never definitively prevent infection, only delay it,” he argued.

Britain’s official statistics agency estimated that nearly 5 million UK residents, or 1 in 13, had the virus at the end of March, the most it had reported. Separately, the REACT study from London’s Imperial College said its data showed the country’s infection rates in March were 40% higher than the first omicron peak in January.

Infection rates are so high that airlines have had to cancel flights during the busy two-week Easter holiday because too many workers called in sick.

France and Germany have seen similar surges as restrictions eased in most European countries. More than 100,000 people in France have tested positive every day despite a sharp drop in testing, and the number of virus patients in intensive care rose by 22% over the past week.

President Emmanuel Macron’s government, which wants to boost turnout in April’s elections, is not talking about new restrictions.

In Germany, the number of infections has drifted from a recent high. But Health Minister Karl Lauterbach withdrew a decision to end mandatory self-isolation for those infected just two days after it was announced. He said the plan sends a “completely wrong” signal that “either the pandemic is over or the virus has become significantly more harmless than previously thought.”

In the US, outbreaks at Georgetown University and Johns Hopkins University are bringing mask requirements back to those campuses as officials scramble for quarantine rooms.

Across Europe, only Spain and Switzerland have joined the UK in lifting self-isolation requirements for at least some infected people.

But many European countries have facilitated mass testing, which will make it much harder to know how widespread the virus is. The UK stopped distributing free rapid home tests this month.

Julian Tang, a flu virologist at the University of Leicester, said that while it is important to have a surveillance program in place to monitor for new variants and update the vaccine, countries are coping with the flu without mandatory restrictions or mass testing .

“Eventually, COVID-19 will calm down to become more endemic and seasonal, like the flu,” Tang said. “Living with COVID should mimic living with a flu for me.”

Virologist Ravindra Gupta from the University of Cambridge is more cautious. Death rates for COVID-19 are still far higher than seasonal flu, and the virus causes more serious illnesses, he warned. He would have liked “softer loosening”.

“There is no reason to believe that a new variant would not be more transmissible or more serious,” he added.

Geir Moulson and Kirsten Grieshaber in Berlin, Angela Charlton in Paris, Barry Hatton in Lisbon and other AP journalists from across Europe contributed to this report.

In Focus: ‘I pulled out five of my teeth’: The rise of DIY dentistry

Jordan Poole grabs down the track