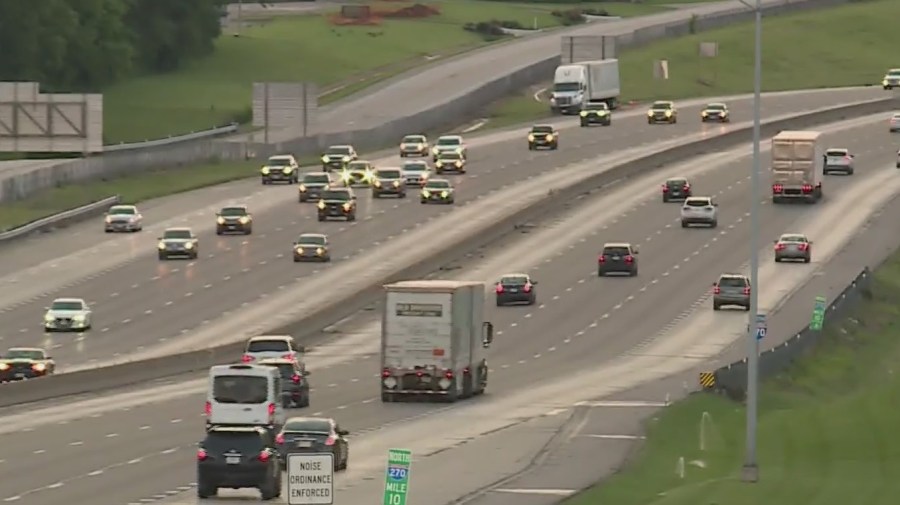 ST. LOUIS COUNTY, Mo. — Despite rising gasoline prices, AAA forecasts that more than 30 million drivers will be on the road across the country over the Memorial Day weekend.

The Missouri Department of Transportation said the holiday marked the start of its 100 Deadliest Days. If you’re driving this weekend, law enforcement will be in force – and some lane closures may slow you down.

“We’ve stepped up patrols so more detail is underway and more detail is looking for disabled drivers and anyone not wearing a seat belt,” Illinois State Police Trooper Jayme Bufford said.


Bufford said they will be on the lookout for the so-called “Fatal 4,” meaning the top four causes of fatal accidents.

“These include not wearing a seat belt, driving under the influence of alcohol, driving while distracted with that cell phone or any kind of distraction and speeding,” Bufford told FOX 2. “So those are the top four causes of fatal accidents here in Illinois.”

Trooper Bufford also wanted to remind drivers of Scott’s law to ride on the shoulder for all cars or emergency vehicles. This comes after many of their soldiers were hit over the past year.

“Just people are distracted and not paying attention, so they end up hitting our squad cars,” Bufford said. “Fortunately this year we didn’t have any soldiers who were seriously injured.”

Drivers also have to keep an eye on construction projects. These five areas will continue to have road closures from existing projects including 44 and Big Bend and the JB Bridge.

“The main areas where we see a lot of traffic, especially here in St. Louis, are the areas of I-44 and I-70, and that’s only because a lot of people go to the Lake of the Ozarks on the holiday weekend. said MoDOT traffic engineer Brian Umflet.

Umflet said MoDot will halt all other construction projects by noon Friday, IDOT will also halt construction at three p.m. to preserve as much road access as possible.

Driver Alex Holloway heads to Chicago looking forward to a weekend with friends.

“It’s not too far away, so even with heavy traffic,” Holloway said. “I don’t think we’ll gain too much time if we leave tomorrow at around five or six.”

FOX 2 hopes everyone is having a safe and fun Memorial Day weekend.