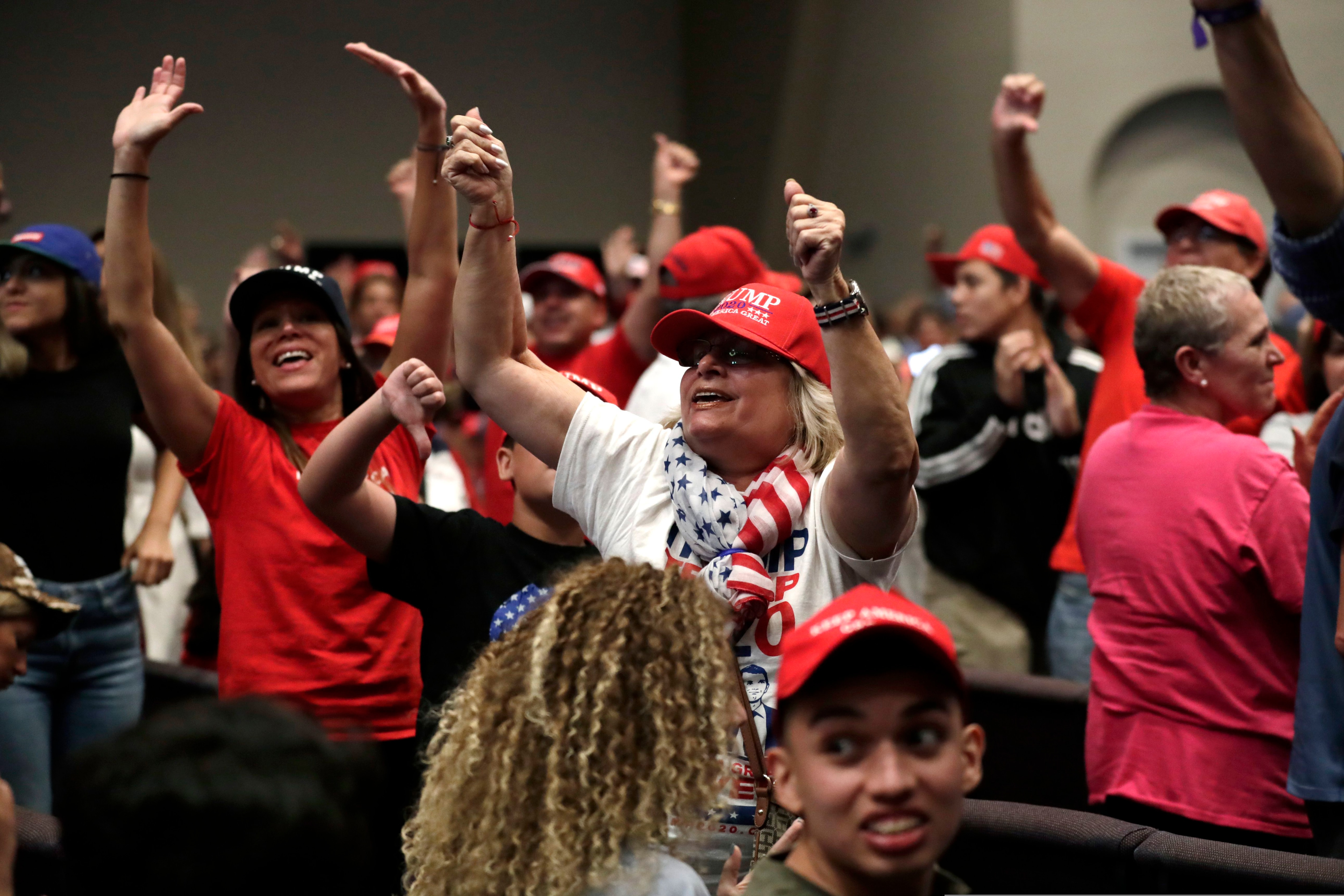 Accordingly Sociologist Ryan Burgewe live in a Golden age of data about religion in the United States. There is little excuse for some of the false narratives that keep floating around. I recently interviewed Burge about his new book, “20 Myths About Religion and Politics in America” in which he tackles some of the most common misconceptions.

This Zoom interview has been edited for length and clarity.

Your first chapter says that rumors of the death of evangelicalism are premature. could you talk about it

It’s a Rorschach test: if you’re an atheist or an agnostic, you want to start the graph at 1994. After that, it looks like a decline – that evangelicals are in free fall. But if you’re an evangelical, look at the chart since the data began in 1972, and you can see that it may actually have gone up a bit from 1972 to now. There were more evangelicals in 2020, both in percentage and number, than in 1972.

And if you look at the percentage of people who say they’ve had a rebirth experience, it’s higher today than it was 30 years ago.

When you put these pieces together, you get a clear picture. There is simply no statistical evidence that there are fewer evangelicals in America today than there were 30 or 40 years ago.

What we see, what I want to explore in future projects, is a religious polarization. On the one hand you have a strong group of very conservative, very devout people, whether they’re Evangelicals or Catholics or Latter-day Saints or Muslims. And on the other side there is the growing number of nothings: atheists, agnostics and “nothing special”. The people in the middle are forced to sort themselves out.

Let’s talk about abortion. Americans’ views on abortion are pretty mediocre and haven’t changed much in 40 years. But politicians who take neither extreme nor the other are often attacked.

To the right. The Texas heartbeat bill doesn’t actually make sense from the public opinion poll’s point of view; 80% of Americans don’t want that. Even a majority of Republicans don’t want that. If you look at the data, only a third of white evangelicals want to make abortion completely illegal in this country.

A lot of people have a very pragmatic view of abortion, which is, “I don’t love it, but I don’t think it should be totally illegal either.” And that hasn’t really changed. The problem is that people on the fringes are the loudest, and they’re the ones shaping the debate. They make phone calls, go to rallies, go to town halls and stir things up. To quote one of my friends, “Moderates don’t march.” They don’t call Congress. They don’t send postcards. So their voices disappear in the discourse, if the reality is like that most Humans are in this middle group.

They note that the most devout, religious evangelicals ignored the traditional evangelical candidates in the 2016 primary and voted for Donald Trump instead. So how did we get the narrative that only evangelicals who didn’t attend church voted for Trump?

It was wishful thinking by evangelical leaders because they didn’t want to see what was really going on. There was a nice field for Republican evangelicals to vote for in 2016. I mean, Ted Cruz had some faith in the evangelical world. Marco Rubio too.

But if you look at the data, Cruz only won among evangelicals who attend church more than once a week, which is a very small fraction of evangelicals. Trump won among the weekly contestants. He won among monthly participants, annual participants and those who never participated. And by a wide margin too, unlike Cruz, who wins by just a few points among the more than weekly entrants.

Then you have to ask why. And when you start down that path, you get into really scary territory, which is that they liked Trump for his views on immigration. This is where Trump stood out early in the primary and actually met Cruz because Cruz was fighting for a path to citizenship. Trump has been an outspoken anti-immigrant from the start.

Finally, what are some big changes or trends that we can expect to see in American religion over the next five to ten years?

More polarization. I think there will be a stronger alliance between conservative Catholics and evangelicals because in many ways they have a lot in common, especially white Catholics. White Catholics are moving to the right very quickly.

On the other hand, I think we will see more secularization. Honest atheists and agnostics still make up a very small portion of the population. It is believed that only about 10% of Americans are. Here’s an interesting statistic: When asked what they believe about God, among people who never go to church, a greater proportion say they believe in God without a doubt than they don’t believe in God at all.

So I think we’re going to see an interesting clash on the left. Most non-religious people are left of center but not liberal, while fully secular people are incredibly liberal. So for the secular left to thrive, it needs to attract people from the middle of the spectrum, and I don’t know if they can.

So the secular life will get bigger and stronger, and the very religious right will get stronger. And in the middle I think we’re going to see the closure of several major denominations over the next 10 or 20 years. The ELKA [Evangelical Lutheran Church in America]PC (USA) [Presbyterian Church (USA)]the Episcopal Church – they all do very poorly in terms of membership, especially since the average main Protestant is now 60 years old.

In 20 years 30% or 40% of the big protestant churches will die out. And how are they replaced? The answer is that they are not replaced in almost all cases. This has major implications for the future of the country, as it is these churches that help the homeless and run after-school programs, for example. What will fill this gap when the churches disappear?

https://www.sltrib.com/religion/2022/03/09/jana-riess-evangelicalism/ Evangelicalism is not dying and Catholics are becoming Republicans

Thanks to "reversed" human eggs, women in their 50s could be mothers

Where can you buy a V-Bucks gift card and what stores sell them?