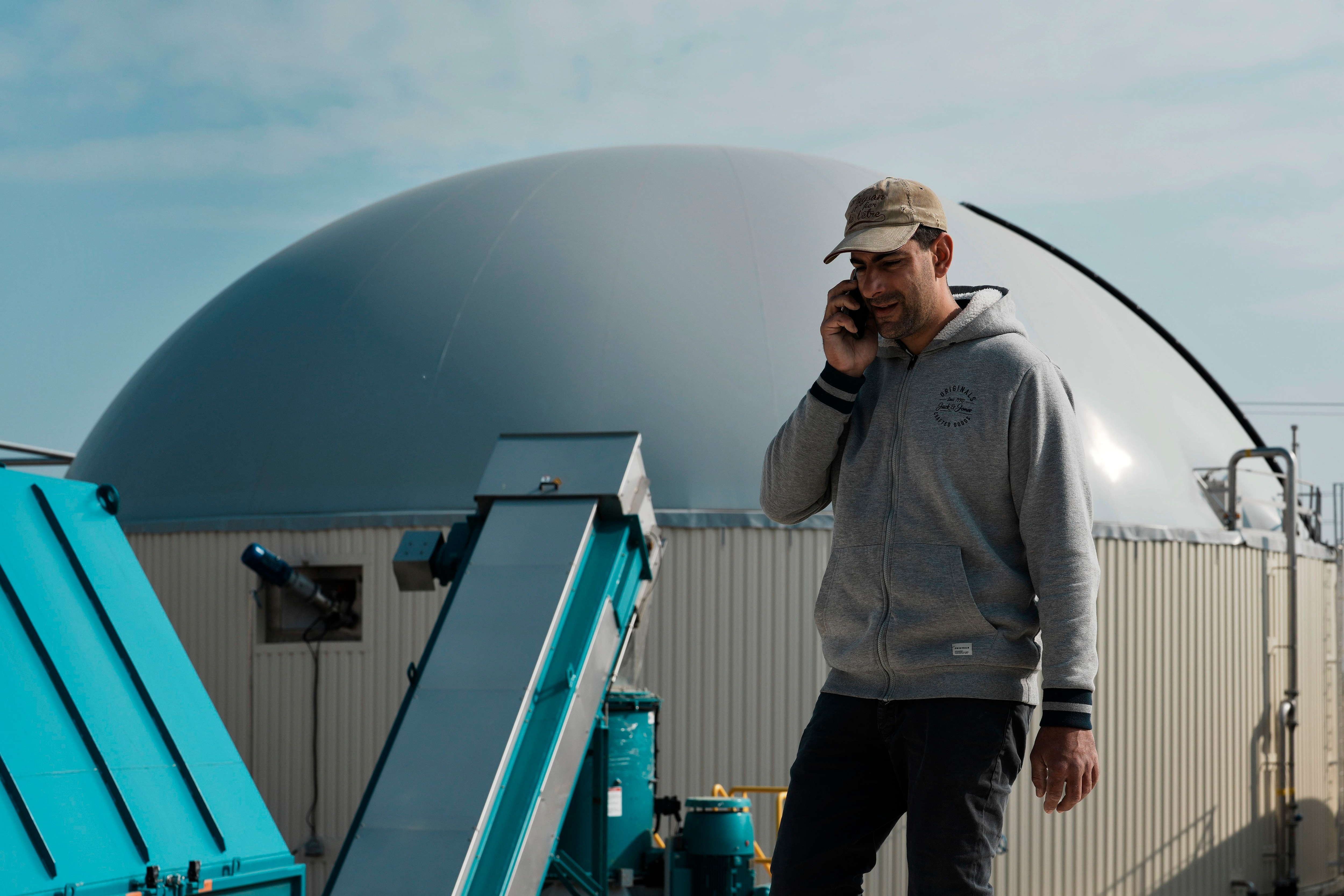 SONCHAMP – In lush fields southwest of Paris, farmers are joining Europe’s fight to rid itself of Russian gas.

They will soon turn on the faucet of a new facility that will crush crops and agricultural waste and ferment it into “biogas.” It’s among the energy solutions being promoted on the continent, which wants to choke off funding for Russia’s war in Ukraine by stopping paying billions for Russian fossil fuels.

Small rural gas-fired power plants that power hundreds or thousands of nearby homes are not going to – at least for the foreseeable future – replace the huge flows of Russian gas into Europe that power economies, factories, businesses and homes. And critics of using crops to make gas argue that farmers should focus on growing food — especially when prices are soaring amid the aftermath of war in Ukraine, one of the world’s breadbaskets.

Still, biogas is part of the puzzle of how to reduce Europe’s energy dependency.

The European Biogas Association says the European Union could quickly ramp up production of biomethane to be pumped into natural gas grids. An investment of 83 billion euros ($87.5 billion) — which at current market prices is less than what the EU-27 pays Russia a year for pipeline natural gas — would and could result in a tenfold increase in biomethane production by 2030 replace about a fifth of what the bloc imported from Russia last year, the group says.

Farmers around the village of Sonchamp in the Paris region believe their new gas plant will help untie Europe from the Kremlin.

“It’s not coherent to buy gas from the people who are waging war on our friends,” said Christophe Robin, one of the plant’s six investors, who grows wheat, canola, sugar beets and chickens.

“If we want to use green (energy) and avoid the flows and contribution of Russian gas, we don’t really have a choice. We have to find alternative solutions,” he said.

Biogas is produced by fermenting organic materials, generally crops and waste. Robin likened the process to food being left in a container for too long.

“When you open it, it says ‘phew.’ Only here, we don’t open it. We collect the gas that comes from the fermentation,” he said.

The gas from their plant could cover the needs of 2,000 households. It is cleaned into biomethane and fed into a pipeline to the nearby town of Rambouillet to heat the hospital, swimming pool and homes.

As in the rest of Europe, the production of biomethane in France is still low. But it’s booming. On average, almost three biomethane production plants come online every week in France, and their number has jumped from just 44 at the end of 2017 to 365 last year. The amount of gas they produce for the national grid almost doubled in 2021 compared to the previous year and was enough for 362,000 households.

The French government has taken several steps to speed up biomethane development since Russia invaded Ukraine on February 24. The industry says that biomethane met almost 1% of France’s needs in 2021, but that share will increase to at least 2% this year, and it could also account for 20% of France’s gas consumption by 2030, which would be more gas, than France imported from Russia last year.

Sonchamp farmers took out 5 million euros ($5.3 million) in loans and received a 1 million euro government subsidy to build their facility, Robin said. They signed a 15-year contract with energy supplier Engie with a fixed price for their gas. That will limit their ability to take advantage of high gas prices now, but ensure them a stable income.

“We’re not going to be billionaires,” Robin said.

The workers are completing the construction and the facility is almost ready to be connected to the network. Mounds of agricultural waste — wheat hulls, crushed sugar beets, onion skins, even chicken droppings — were prepared to be fed into the giant bubble-like fermentation tanks.

Winter barley, grown specifically for gas production, will make up about 80% of the 30 tonnes of organic matter fed into the plant each day.

Robin insists the barley doesn’t interfere with growing other crops, which critics fear. Instead of one food crop a year, they now have three crops every two years — with the barley as an extra in between, Robin said.

In Germany, the largest biogas producer in Europe, the government is restricting the cultivation of plants for fuel. The permitted proportion of maize in biogas plants will be reduced from 40% to 30% by 2026. Financial incentives are provided to encourage operators to use waste products such as manure and straw instead.

It is estimated that there are over 9,500 plants in Germany, many of them small units, providing heat and electricity to rural villages.

Andrea Horbelt, spokeswoman for the German Biogas Association, said the production of biomethane could be doubled in a few years, but it wasn’t cheap either.

“Using biogas to generate electricity is more expensive than sun and wind and always will be,” she said.

At the end of their gas production process, Sonchamp farmers also receive waste from the digesters, rich in nitrogen and potassium, which they use to fertilize their fields, thus reducing their use of industrial fertilizers.

“It’s a circular economy and it’s green. I like that,” said Robin. “It’s a great adventure.”

Follow all AP stories about the war in Ukraine at https://apnews.com/hub/russia-ukraine,