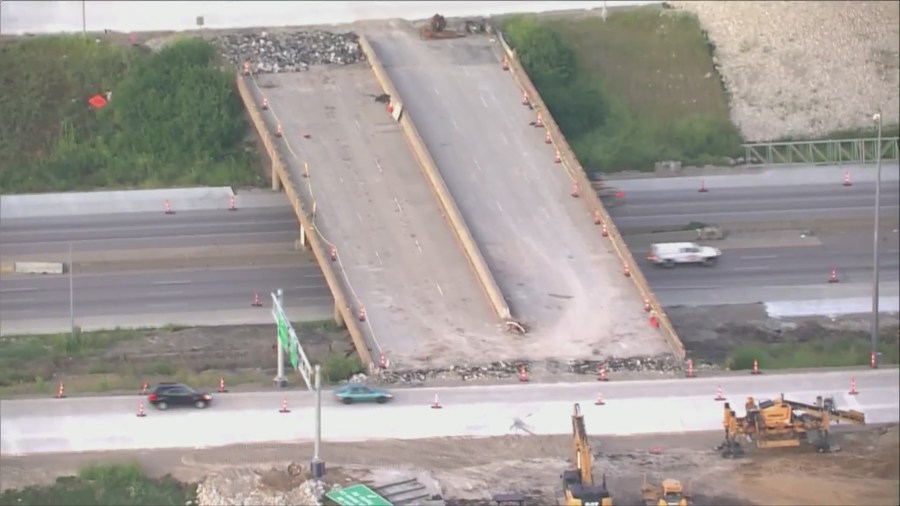 HAZELWOOD, Mo. — MoDOT suspended eastbound and westbound traffic along Interstate 270 on Friday during the demolition of the old Lindbergh Bridge.

MoDOT is asking drivers to avoid interchanges over the weekend and said drivers should expect delays.

“It can get a little crowded during rush hour, so a lot of people don’t know which way to go because they’re not familiar with it,” said Ariell Shaw. “They should at least make it where it’s a little clearer so drivers know where they’re going.”

MoDOT said drivers in the area can still drive east and west, but they recommend taking a different route.

Top Story – Solar Storm: Where to see the Aurora Borealis in Missouri


“We anticipate there will be longer travel times for Lindbergh northbound and southbound,” said Eric Kopinski, MoDOT director for Project I-270 North. “So we have our traffic engineers on site all weekend. They’re going to adjust traffic light times, but we just have a tremendous amount of traffic that’s being affected.”

This bridge project is part of the major improvements MoDOT is making to Interstate 270 in North County. According to MoDOT, the changes will improve traffic flow for drivers.

“This is one of our busiest hubs in the entire state, and we’ve done a lot of traffic modeling and safety analysis,” Kopinski said. “When we’re done with this transport hub, the safety benefits will be huge and traffic flow here will be greatly improved.”

Shaw said the interchange can be a little confusing and hopes drivers in the area are careful.

“I just feel like everyone should really pay attention to the road at night because a lot of people can’t see at night,” Shaw said. “It’s going to be very crowded tonight, it’s Friday. So there will be a lot of cars on the road, so I think everyone should be careful when driving.”

MoDOT said they will reopen Interstate 270 at 5 a.m. Monday

https://fox2now.com/news/missouri/drivers-to-expect-delays-and-detours-as-270-closes-for-the-weekend/ Drivers should expect delays and diversions as 270 closes for the weekend

How director George Miller learned to thrive in Hollywood