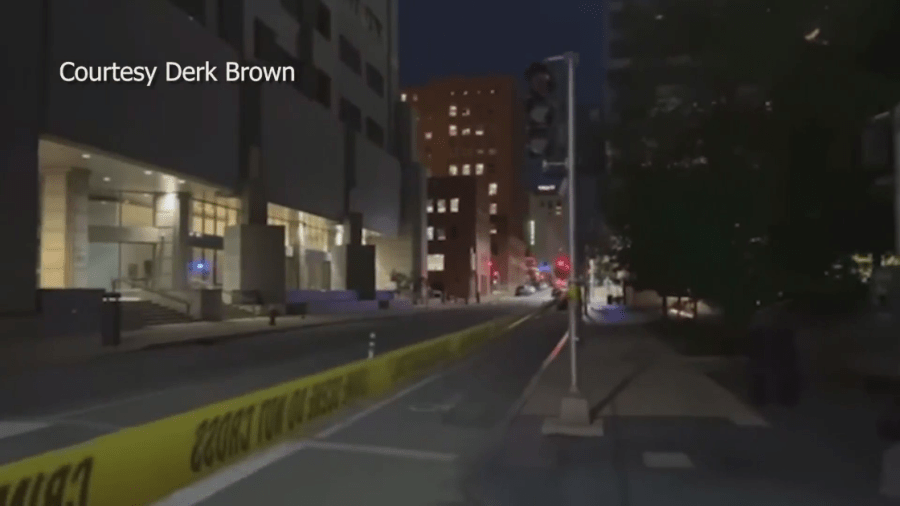 ST. LOUIS — Officials with the St. Louis Metropolitan Police Department were responding to reports of large groups of youth involved in downtown fighting on Saturday night. While responding near 8th Street and Chestnut Street, police heard gunshots around 8 p.m

Two victims were injured and are expected to be fine. One of the victims is a 13-year-old woman. The other victim is a 14-year-old woman. According to the police, the two suspects are men aged 13 and 14. The age of a third suspect is unknown.

Last month we reported on gunfire downtown that evacuated a crowd to safety.

“I’m not surprised because we’ve had this problem for two to three years,” said Dan Pistor, chair of the Downtown Neighborhood Association’s Public Safety Committee.


He said the association recently asked the city to phase out scooters downtown. Pistor believes that the scooters will attract many young people to the city center.

“They are no longer an asset to the city centre. They’re a liability,” he said.

The city of St. Louis recently announced a 7 p.m. scooter curfew in response to concerns. Last month, city leaders also urged parents to play a role by not leaving their children downtown unsupervised.

Pistor believes a curfew is necessary for inner-city youth. He adds that all police efforts are subject to enforcement. In some cases he considers measures against parents to be necessary.

“At some point you’re going to have to hold them accountable,” Pistor said.

He said downtown crime is having a chilling effect on residential and business population growth.