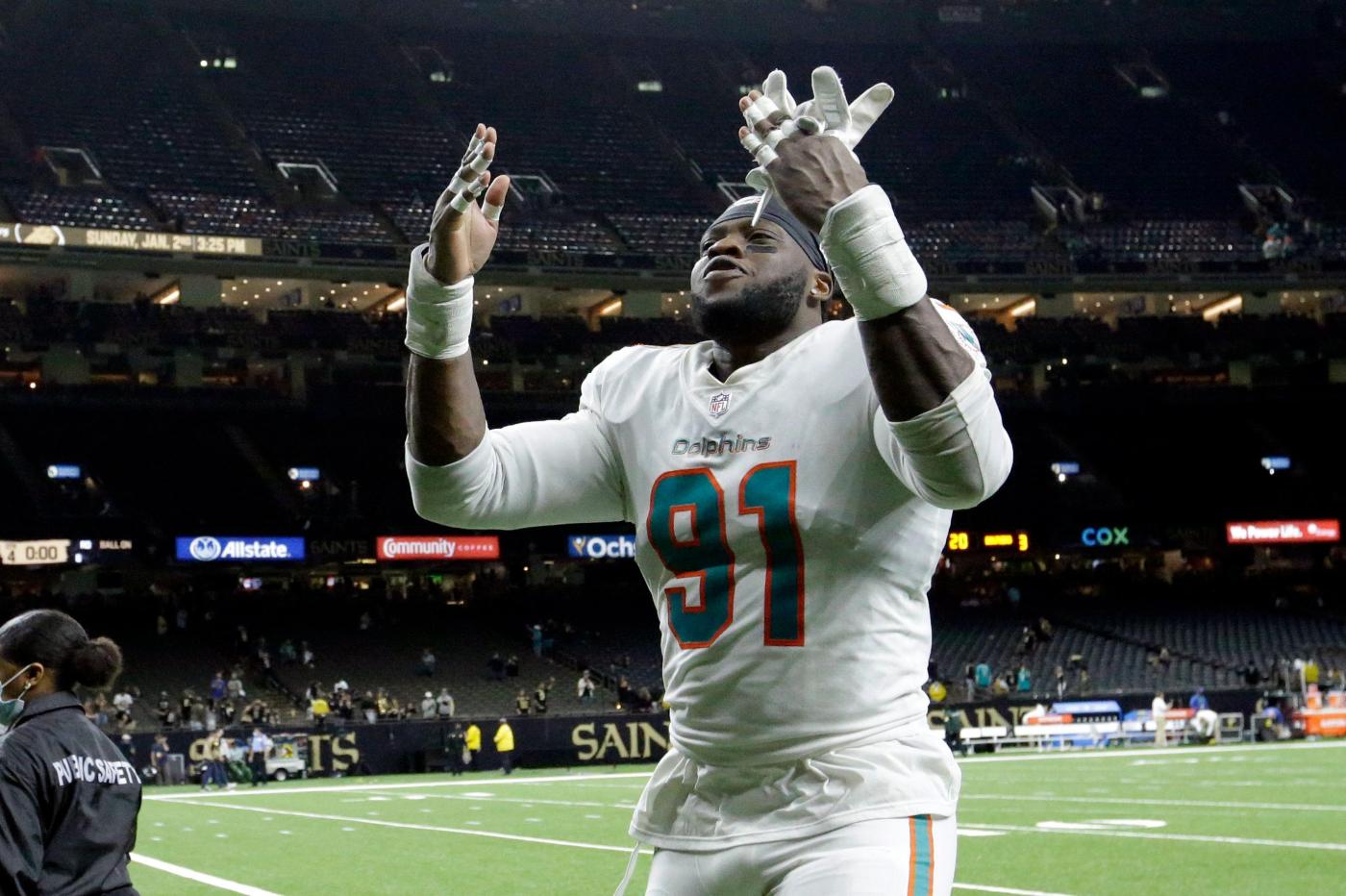 The Dolphins’ sack leader for the past two seasons remains in Miami.

After the Dolphins failed to secure a long-term deal with Emmanuel Ogbah in the days, weeks and months before free-agent negotiations began Monday, the two sides finally agreed to a contract minutes before contact time between the teams and free agents began on Monday noon.

A league source confirmed to the South Florida Sun Sentinel that the Dolphins and Ogbah have agreed to a deal. According to ESPN, the deal is a four-year, $65 million deal with $32 million guaranteed.

By keeping the 6-foot-4, 275-pound Ogbah on board, the Dolphins are maintaining a key component of their defense over the past two seasons. Ogbah had nine sacks in both the 2020 and 2021 seasons.

He was also a threat, hitting balls at the line of scrimmage. His 12 pass deflections in 2021 were the most by a defender since Carlos Dunlap had 15 with the Cincinnati Bengals in 2016.

This breaking news will be updated.