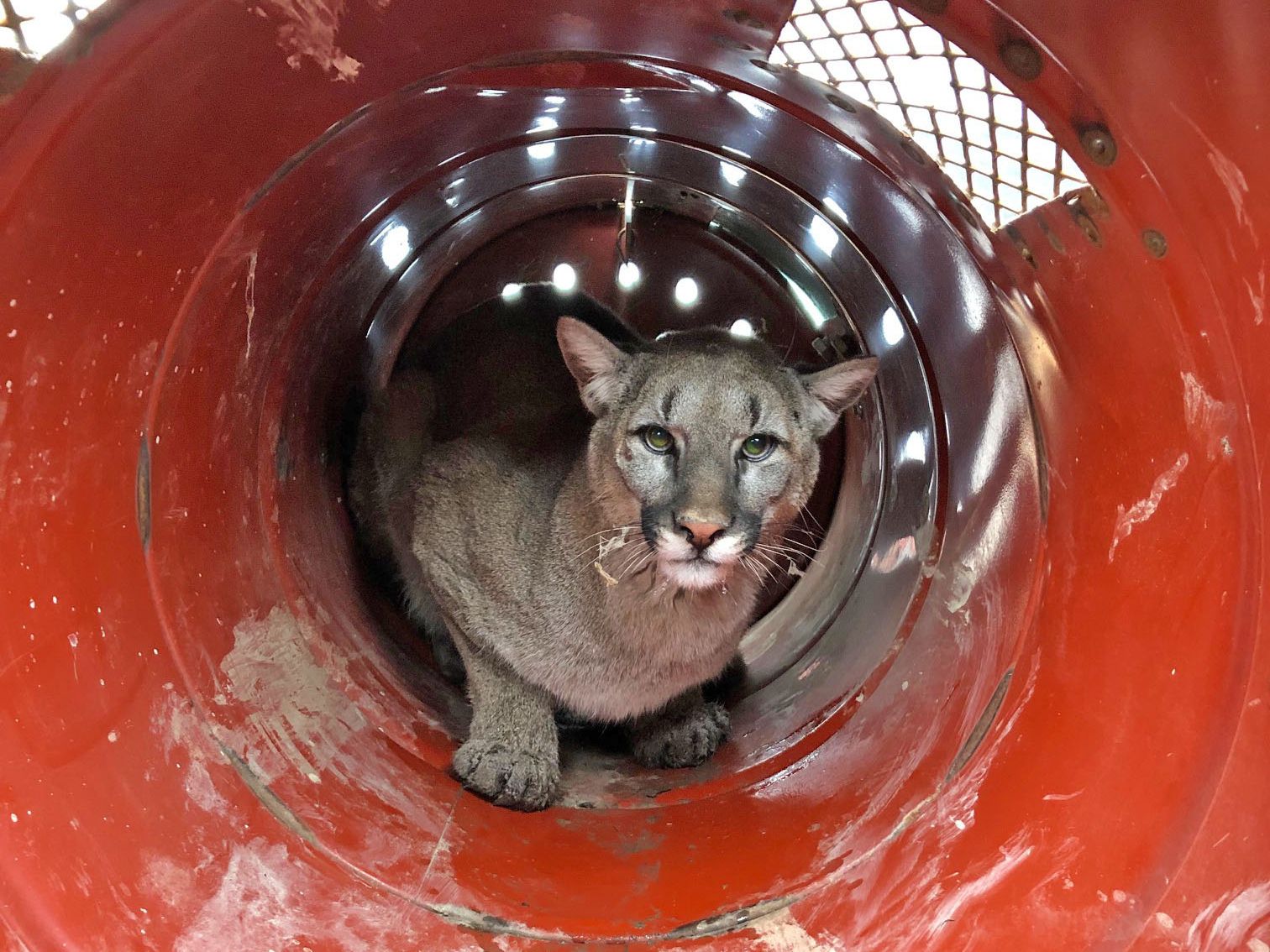 Not every wildlife sighting should trigger a call, officials said.

(Utah Division of Wildlife Resources) This young male cougar was trapped in a culvert after being sighted near Bluffdale Elementary School on Wednesday, February 27, 2019.

Seeing a cougar or moose in your neighborhood can be alarming. But not every wildlife sighting needs to be reported, the Utah Division of Wildlife Resources said Monday.

If you see a wild animal in your yard or neighborhood, keep your distance, the agency advised. And don’t feed it.

“Getting too close to a wild animal can make the animal feel threatened,” said DWR Capt. Chad Bettridge. “When they feel threatened, they sometimes act aggressively to protect themselves.”

Additionally, you may not need to report wildlife sightings — even if it feels like they’re increasing.

That apparent increase is partly because more people have doorbells and security cameras, which often capture wildlife sightings that have gone unnoticed before, the wildlife department advised. More has also evolved in the foothills and canyons of Utah, potentially pushing these animals further into the city.

Here’s what the DWR says when you spot a specific animal:

Report a cougar when it has killed something in a neighborhood or yard, is showing aggressive behavior, or appears multiple times on your security cameras.

But if you only see a cougar once — or take pictures of it — you don’t have to report it, the wildlife department advised.

“One-off sightings of cougars usually occur when the animal is moving through an area, and has often left by the time DWR biologists and conservation officials can respond,” officials said.

Bears typically hibernate from November to March, so you’re unlikely to see one at this time of year.

But if you do, you should report it if it’s within city limits — or if it’s aggressive, getting into trash or fruit trees, or causing damage, officials said.

(Rick Egan | The Salt Lake Tribune) Crews from the Utah Division of Wildlife Resources work to rescue a moose from the Lambs Creek diversion pond near the Mountain Dell golf course on Sunday, September 20, 2020.

You should report a moose that has migrated to a low-lying area or is within the city limits, otherwise it could remain in the area for a long time and potentially injure someone.

Urban environments can also be dangerous for moose, the DWR said.

Never try to “drive” a moose out of a yard or road, officials advised — they can be very aggressive.

A deer only needs to be reported if it is in a densely populated area and is behaving aggressively.

If a deer is found dead in a yard or park, or is hit and killed on a neighborhood street, you should report it to the DWR so crews can remove the dead animal.

Hawks, eagles and other birds of prey only need to be reported if they are on a roadway, have an obvious injury, or have been in the same spot for more than 12 hours.

To report wildlife to DWR:

The Wildlife Division has several offices across the state. You can call the nearest one to report an animal sighting.

The Wildlife Department also has a Northeast Regional Office in Ogden that can be reached at 801-476-2740.

The agency’s regional office for central Utah is in Springville. The crews there can be reached at 801-491-5678.

https://www.sltrib.com/news/2022/11/29/spot-cougar-your-neighborhood/ Do you see a cougar in your neighborhood? Here’s why you might not want to call it.

Sign up soon to play Waterloo QOH truncated at $1 million

The Resident Season 6 Episode 9 “No Pressure, No Diamonds” Recap