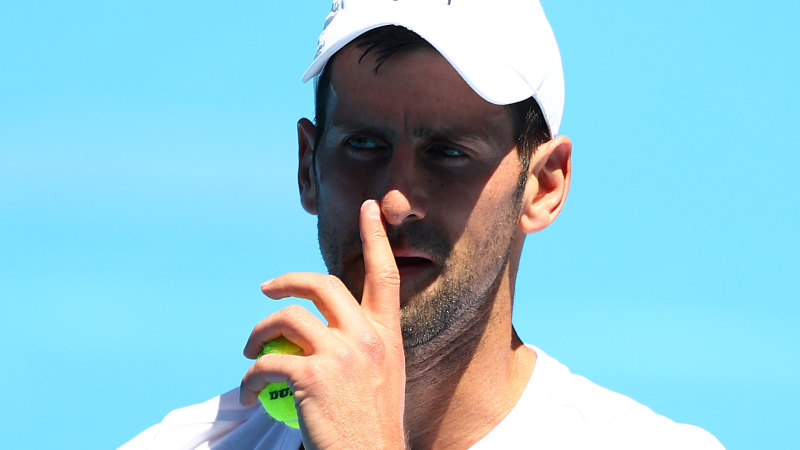 Juan Sanahuja, an Argentine traveling through Australia on a working holiday, said he came to see Djokovic because he sees him as the best in the world.

“For me he is the gold, he is the best player that has ever played,” said Sanahuja.

Melburnian Di Crabtree said last year’s Australian Open felt something was missing without Djokovic, who has won the tournament nine times. “It wasn’t good for the competition,” she said.

But not everyone in tennis wanted to see the spectacle. Xavier Hendy, an 18-year-old from Melbourne, said he didn’t like what he perceived as arrogance in Djokovic and instead wanted to watch players on the outside courts.

“I prefer to watch players who are respectful and have shown a lot of thought and dignity,” he said, referring to Djokovic’s vaccination saga ahead of last year’s Australian Open. “I’d rather see Cameron Norrie or [Alex] de Minaur.”

https://www.smh.com.au/sport/tennis/djokovic-back-on-rod-laver-but-battles-leg-issue-20230111-p5cbut.html?ref=rss&utm_medium=rss&utm_source=rss_sport Djokovic is back on Rod Laver but is struggling with leg problems

Koroisau is ‘humiliated’ by Robbie Farah.