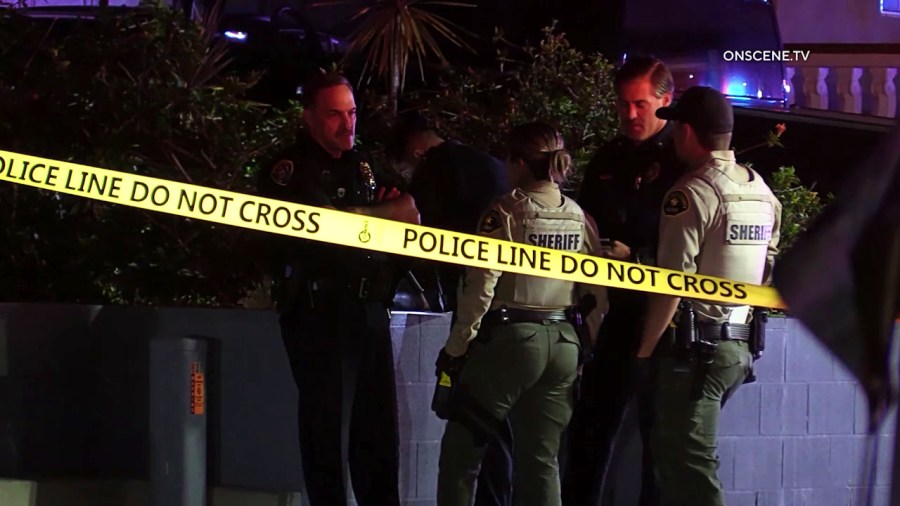 SAN DIEGO — Two men were stabbed when a fight broke out at a party in San Diego early Sunday, police said, and a woman was also hospitalized.

Police received a call around 2:30 a.m. about the brawl in the Jamacha-Lomita neighborhood, according to Lt. Jud Campbell of the San Diego Police Department. Officers went to the house on Carlsbad Street near Innsdale Avenue and found three knife wounds.

Officers provided medical assistance to the victims until paramedics arrived. Video from OnScene TV showed paramedics administering CPR to two men while a woman bleeding from her arm was bandaged by a police officer.


Paramedics took at least one of the two men to the hospital, but both were pronounced dead within hours, Campbell confirmed. The men, aged 32 and 34, were not immediately identified.

Campbell added that a 24-year-old woman was hospitalized with non-life-threatening injuries.

Meanwhile, a 38-year-old man was arrested at the scene. It wasn’t immediately clear what, if any, charges he would face, Campbell said. The man was seen in handcuffs being escorted to an officer’s SUV.

Investigators said they were still gathering evidence and trying to interview people who were at the party when the fight broke out. It wasn’t immediately clear what caused the confrontation, but Campbell said there were “quite a lot” of potential witnesses. A small crowd remained in the area while officers investigated, with some being questioned by authorities.

Officials asked anyone with information to call the SDPD’s non-emergency number at 619-531-2000. Residents can also report tips anonymously at any time to San Diego County Crime Stoppers at 888-580-8477 or via sdcrimestoppers.org.