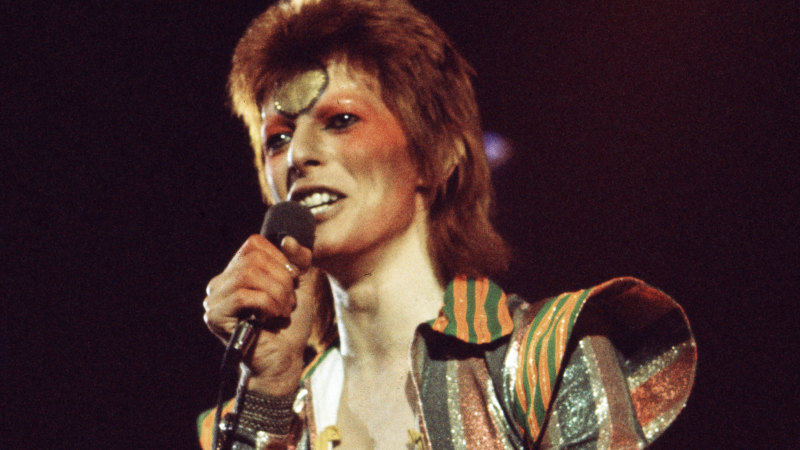 The music too, of course. For BDU member Harry Williams, Bowie’s longtime studio right-hand man Tony Visconti is ‘the keeper of the flame’: the original stem recordings of Bowie’s six decades of music. “When I read that Tony was so excited about the project, it said to me, ‘okay, this is going to be the thing.’

The fact that Bowie himself narrates the story effectively, without talking heads and critical brooding, is another huge plus. “It’s going to be very, very insightful for me,” Williams says.

BDU fans are in various ways fascinated by various moments in Bowie’s shape-shifting arc, from the flamboyant Ziggy Stardust era to the austere Thin White Duke phase and his revived experimental phase of the ’90s, neither of which ever visited Australian stages.

Louise Coulter is hoping for previously unreleased footage from 1974 diamond dogs Tour of the US, or at least “a high-quality restoration of footage we’ve traded for years on crappy third-gen VHS copies.”

BDU archivist Bruce Butler welcomes the emergence of improved surround sound mixes from Bowie’s so-called “Berlin era” in the late ’70s. “I’m hoping it could be a precursor to some new audio releases in that regard,” he says. “But mostly… here’s someone who had access to the vault. what else is inside I think there’s quite a bit of new material that nobody has seen. So I look forward to being surprised.”

MIFFs Moontime Daydream Sessions are sold out this weekend, but tickets are available for Brett Morgen’s talk with Zan Rowe at the Wheeler Center on Sunday at 11am. The film will be released in general cinemas on September 15th.

Meghan Markle’s best quotes about ‘suits’ over the years