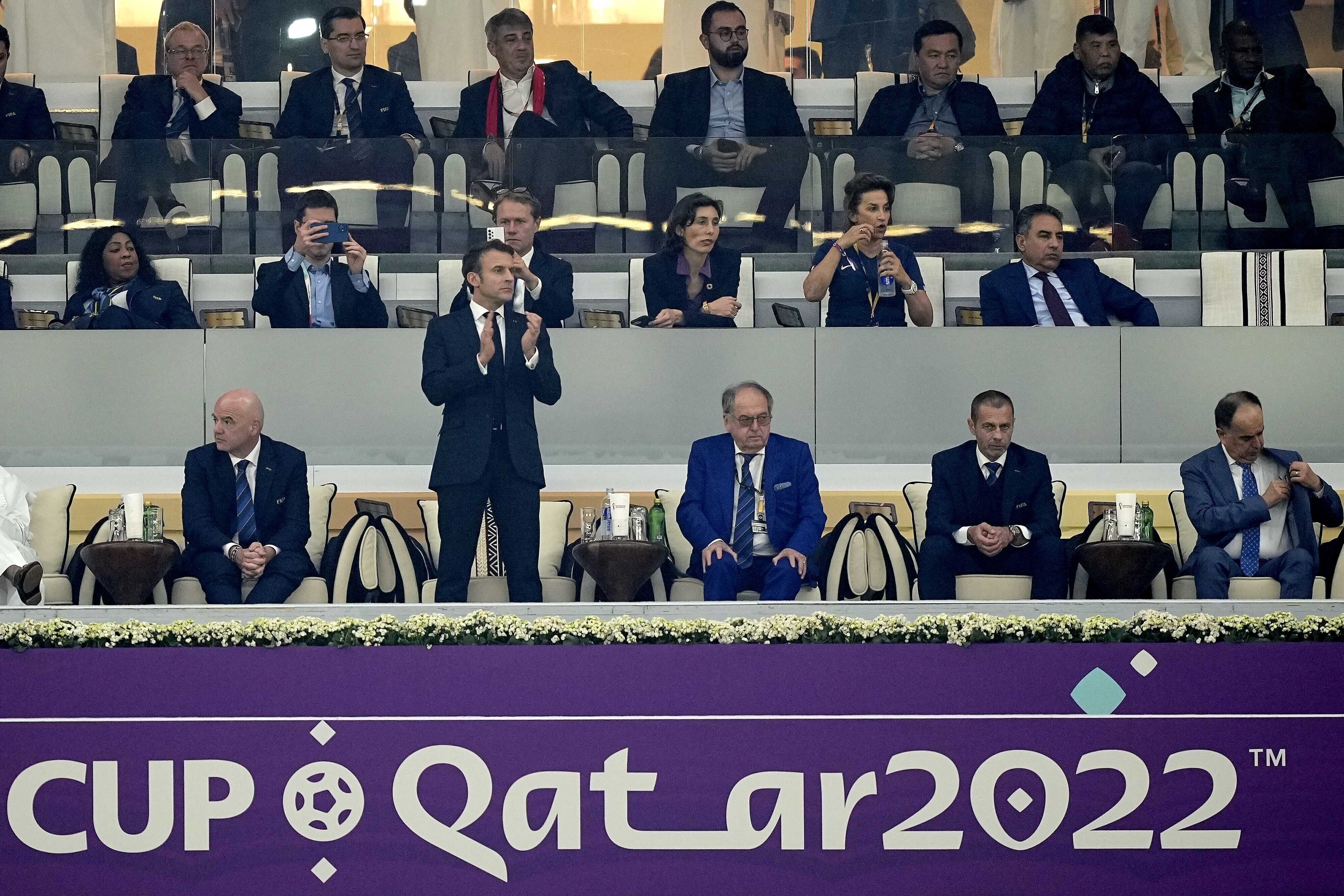 PARIS – French President Emmanuel Macron flies to Qatar for the second time in a week, despite widespread concerns about the emirate’s human rights and environmental records. Why? With France in the World Cup final, Macron really is a big football fan – and a prominent advocate of the longstanding partnership between the two countries.

Video broadcast after France’s victory over Morocco in the semi-finals showed an enthusiastic Macron mingling with the French players in the dressing room at Doha Stadium on Wednesday night and applauding to the sound of the hit music track ‘Freed From Desire’, which the team’s victory became an anthem.

The World Cup in Qatar sparked several controversies — from the living conditions of migrant workers to the impact on the environment of air-conditioned stadiums and the square of LGBTQ people, women and minorities. Many activists, especially in Europe, had called for a boycott of the tournament.

Some on social media also noted that the six-hour flight from Paris to Doha is energy-intensive and not climate-friendly – in apparent contradiction to Macron’s earlier pledges.

At a European summit in Brussels on Thursday, Macron said he fully stands by his decision. “I support the French team and I think the French do too,” he said.

He referred to the more than 20 million viewers who watched the semi-final on French TF1 television, a record for a World Cup match since 2006. “The numbers are there. We love our national team, we’re proud of it, we want it to win,” said Macron.

Sports lover Macron, 44, played football with the team at France’s elite administrative school ENA in the 2000s. A supporter of the Marseille club in the south of France, he played in a charity football match last year – a first for a French president in office – where he scored from a penalty.

Macron was also spotted boxing during a campaign rally in the northern Paris suburbs in April this year, shortly before being re-elected to a second term – a sport he is said to practice with some of the officials in charge of his security.

The French president announced in advance that if France qualified, he would take part in the semi-finals and final – just like the last World Cup, which the French won in Russia in 2018.

In response to the criticism, he said last month: ” Sport should not be politicized. ”

Paris and several other major French cities have decided not to broadcast World Cup matches on big screens in public fan zones over concerns about the human rights situation in Qatar.

Macron, who said he will meet with Qatari officials on Sunday, appears to be sticking to his traditional approach to diplomacy, which consists of speaking about difficult issues with other world leaders “every time there is a need.” according to the French Presidency.

He is one of the very few world leaders who have maintained an open line with Russian President Vladimir Putin since the start of the war in Ukraine.

Dating back to the emirate’s independence in the 1970s, France-Qatar relations encompass a wide range of political, economic and security agreements that include oil deals, arms sales and cultural exchanges. Leading French football club Paris Saint-Germain has been owned by Qatar Sports Investments for more than 11 years.

When Macron visited Qatar a year ago, he released a joint statement with the country’s ruling Emir, Sheikh Tamim bin Hamad Al Thani. Both leaders pledged to increase economic cooperation and “work together to address global challenges such as regional security, terrorism, climate change and the energy transition.”

Civic group Avaaz published an ad in two French newspapers on Wednesday denouncing Macron’s trip to Qatar, saying: “The players don’t need you at the World Cup. The planet does.”

“We thought it was a shocking leadership failure that Emmanuel Macron went to watch football” instead of attending an ongoing UN biodiversity conference in Canada, Avaaz campaign director Oscar Soria said on Twitter.

Some left-wing French politicians have also criticized Macron’s trips to the emirate.

A Green MEP, Yannick Jadot, said this week that going to Qatar was a “political mistake”, especially in the context of Qatar corruption scandal who headed the Parliament of the European Union suspend work on all files affecting Qatar.

https://www.local10.com/news/world/2022/12/16/macron-returns-to-qatar-for-love-of-sport-despite-criticism/ Despite criticism, Macron returns to Qatar for the love of sport

After more snow over the weekend, milder temperatures are forecast for next week