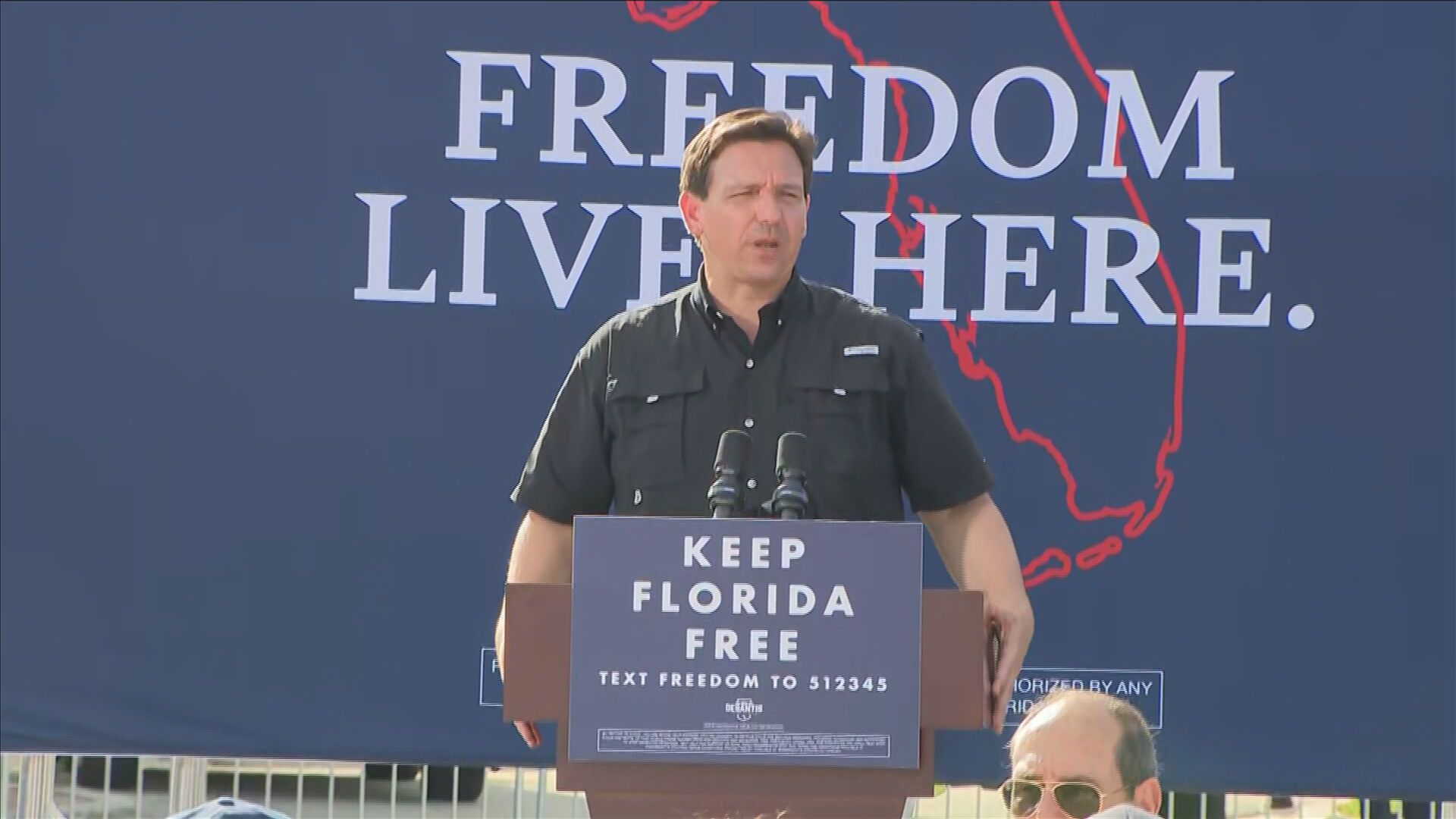 CORAL SPRINGS, Fla. – The backlash to the Parkland Penalty Phase verdict is reaching the highest levels of the state.

Gov. Ron DeSantis is calling for changes to Florida’s death penalty law, and the need for reform was at the forefront of his campaign halt in Broward County on Sunday.

“It was a miscarriage of justice,” DeSantis said.

He expressed his frustration during a rally in Coral Springs.

Florida laws changed in 2017, requiring a unanimous jury to recommend the death penalty.

DeSantis said Sunday he wants to challenge those laws, which require a unanimous jury to recommend death, and possibly resort to majority rules.

Many thought the mass murder of 17 people at Marjory Stoneman Douglas Senior High School in 2018 would result in a slam dunk recommendation verdict of the death penalty.

But in a nine-to-three split, nine for death, three for life, the death penalty was not an option.

A decision that angered many families of the victims.

It was an emotionally draining and intense seven hours of deliberations.

Jury member Andrew Johnson requested that the gun used in the shooting be brought into the jury room to convince the three who voted for life.

The shooters’ defense team presented the case of a boy with developmental delays who was poisoned by alcohol in the womb.

The defense’s case was enough to convince three members of the panel to spare the killer’s life.

According to an article in The New York Times, a jury was firm in her decision that she “could not sentence to death anyone whom she thought was insane.”

As for the state’s case, nothing else can be done, but in This Week In South Florida, former Miami-Dade prosecutor Gail Levine said a federal case could be on the horizon.

“If the families want a rerun, the federal government has the ability to hear this case because a firearm was used in interstate commerce,” Levine said.

The shooter was not convicted, this was a jury recommendation. The judge does not have the power to raise a life recommendation to death.

Remote worker complains about being expected to work