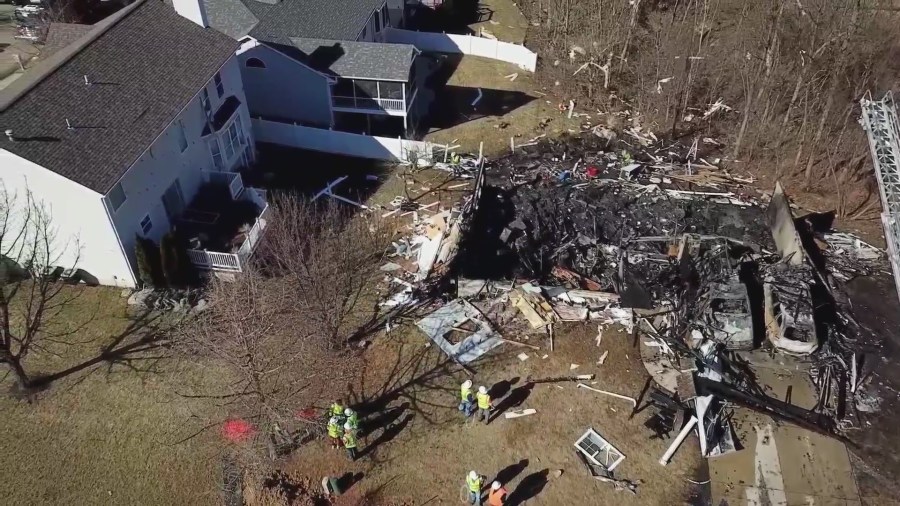 O’FALLON, Mo. – Two months after a shocking home explosion in O’Fallon, victims of that blast are fighting to find someone to blame.

The blast destroyed a home and damaged several surrounding homes. The miracle is that no one was hurt, but now the victims affected are left with millions of dollars in damages and no one to foot the bill.

“I can not sleep at night. Knowing your family could be gone in no time,” said victim Ken Stout.

Stout said more than two months after the explosion at his neighbor’s home on March 1, his home was also damaged and is now uninhabitable.


“It was terrible. We still don’t have a house. I mean, we don’t even have a rental home,” Stout said.

Stout’s home, along with several others, was damaged in the blast – which was caused by crews installing fiber optic cables and accidentally hit a gas main. These crews were subtractors hired under Gateway Fiber. Stout said subcontractor JDK Construction did not have sufficient liability insurance to cover the damage. He said her personal insurance doesn’t cover the full damage either.

“My situation is bad, but to see other people losing their lives years later in other situations and still fighting for their justice, that’s just unacceptable,” says Stout.

Stout and his neighbor Scott Baucum organized a meeting Friday night to update the community on the lack of victim protection legislation. Baucum said there have been five other similar gas line ruptures in the same area of ​​St. Charles County since the March 1 blast, and said blasts like this one happen more often than people realize.

“This will continue until all this new fiber optic cable is in place and it’s just getting started as far as we can tell. Every community in the St. Louis area is likely planning for some type of installation of this type,” Baucum said.

Trending: The best sitcoms of all time


Stout and Baucum hope meetings like this inspire legislation and change and get more people across the county to speak out.

“Anytime there’s someone out there that doesn’t have proper training, doesn’t know how to use the equipment, or doesn’t follow OSHA standards, people get killed,” Stout said.

“If I could sit in the room and talk to him [those responsible], I just have a very simple message. Get on board and take responsibility,” adds Baucum.

The Occupational Safety and Health Administration (OSHA) is investigating the March 1 explosion. OSHA has up to six months from this date to complete this investigation, issue subpoenas, and propose fines. Gateway Fiber currently has no further comment.

The jury agrees with the Miami-Dade woman's Baker Act abuse claim and awards over $500,000 in damages