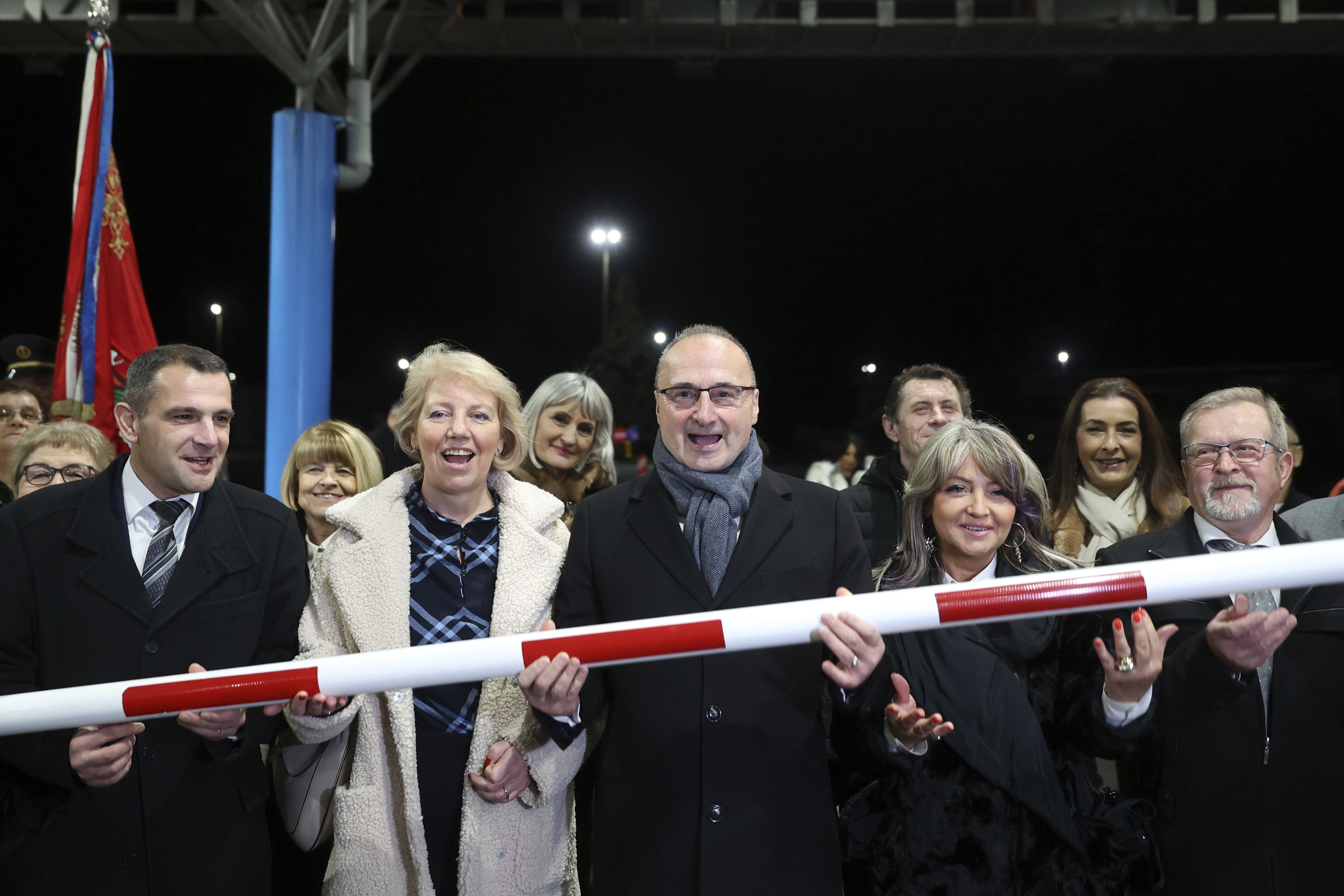 It marked a fresh start for the tiny Balkan nation of 4 million people, which garnered international attention three decades ago as the scene of a brutal war that left nearly a quarter of its economy in tatters.

Joining Europe’s ID-control-free Schengen zone means Croatians will now be among the nearly 420 million people who can move freely across the 27 member countries for work or leisure without a passport.

Adopting the euro will also offer Croatia the benefits of deeper financial ties with the 19 other users of the currency and the European Central Bank. It will also make travel and business easier, sparing the hassle of exchanging money for Croatians going abroad and tens of thousands of tourists who visit their country each year for work or to enjoy the stunning Adriatic coast.

As revelers across Croatia took to the streets to ring in the New Year, the country’s interior minister, Davor Bozinovic, was at the Bregana border crossing with Slovenia to wish good luck to the last few travelers who are having their passports checked there.

Slovenia has been part of the Schengen area since 2007 and is tasked with securing its external border.

Now the task will be taken over by Croatia, which will continue to enforce strict border controls on its eastern borders with non-EU neighbors Bosnia, Serbia and Montenegro.

“We have opened our doors to borderless Europe. This goes beyond the abolition of border controls, it is the final affirmation of our European identity,” Bozinovic said after watching together with his Slovenian counterpart Sanja Ajanovic-Hovnik as the ramps at the Bregana border crossing were lifted for the last time.

Stipica Mandic, a 72-year-old professional driver, shared the sentiment, saying freedom of movement without long waits at border crossings was his personal dream and the reason he left a New Year’s Eve party at home and drove 20 kilometers (12.4 miles) to Bregana to see it come true.

“I’ve spent years of my life waiting at border crossings, so I came here tonight to witness this moment, the moment after which I won’t wait anymore,” he said.

Around the same time, just after midnight, Croatia’s finance minister and central bank governor went to an ATM in the capital Zagreb to withdraw euro banknotes and symbolically relegate Croatia’s ancient national currency, the kuna, to history.

Croatia joined the EU in 2013, but in order to adopt the euro, the country had to meet a stringent set of economic conditions, including a stable exchange rate, controlled inflation and solid public spending.

The Croatian Kuna and the Euro will only be used double for cash payments for 14 days, but when people shop after the January bank holidays, they only get Euros in change.

New Year’s Eve developments have been described by many Croatians as evidence that their country has faced a difficult road to mainstream Europe 31 years after a war of independence from Serbian-dominated Yugoslavia that left 20,000 dead and hundreds of thousands displaced.

“We used to dream of it and I’m glad we experienced it,” said Zlatko Leko, a resident of the port city of Split in the south of the country. “I hope that means we’re finally part of Europe.”

Elenmari Pletikos-Solon in Zagreb agreed: “We were already part of Europe, but breaking down borders and switching to the euro is the final confirmation that we are fully integrated into the European Union”.

“I am really happy. It will make a lot of things in our lives a lot easier,” she added.

https://www.local10.com/news/world/2023/01/01/croatia-rings-in-new-year-as-fully-integrated-eu-member/ Croatia rings in the new year as a fully integrated EU member