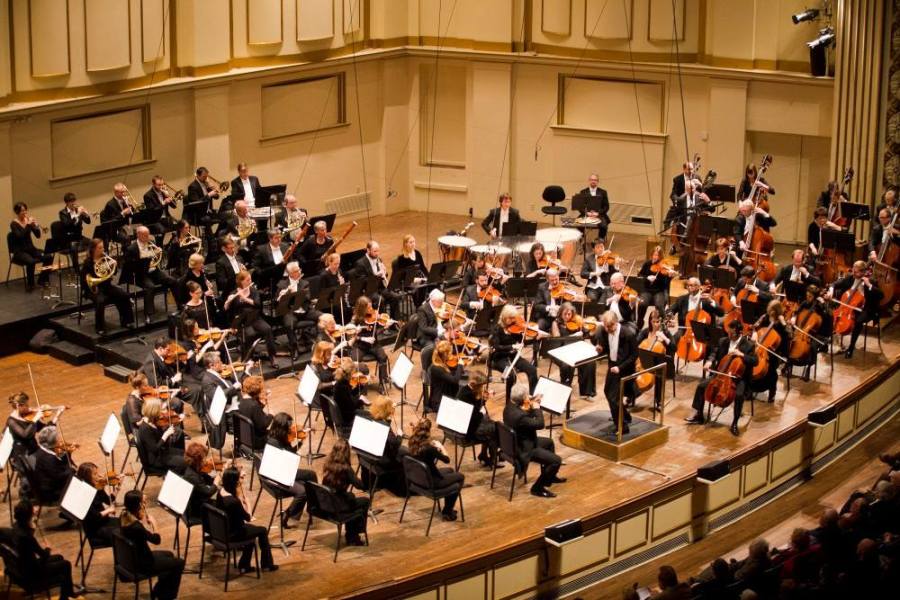 ST. LOUIS, Mo. — Breakthrough COVID-19 cases among members of the St. Louis Symphony Orchestra have canceled this weekend’s May 6 and May 7 concerts. The symphony made the announcement on Twitter. Ticket holders should call the box office to discuss ticket options at 314-534-1700.

The World Health Organization estimates that nearly 15 million people were killed by either the coronavirus or its impact on overwhelmed health systems in the first two years of the pandemic, more than double the current official death toll of over 6 million.

Most of the deaths occurred in Southeast Asia, Europe and the Americas, according to a WHO report released on Thursday.

WHO commissioned scientists to determine the true number of COVID-19 deaths between January 2020 and late last year. They estimated that between 13.3 million and 16.6 million people died either directly from the coronavirus or from factors somehow attributable to the pandemic’s impact on healthcare systems, such as: B. Cancer patients who could not access treatment when hospitals were full of COVID patients.

Based on that range, scientists came up with an approximate total of 14.9 million.

The estimate was based on country-reported data and statistical models, but only about half of the countries provided information. The WHO said it is not yet able to disassemble the data to distinguish between direct deaths from COVID-19 and deaths related to the effects of the pandemic, but the agency is planning a future project to examine death certificates.

“This may seem like a bean counting exercise, but having these WHO numbers is so crucial to understanding how we should fight and continue to respond to future pandemics,” said Dr. Albert Ko, an infectious disease specialist at the Yale School of Public Health, unaffiliated with WHO research.

For example, Ko said South Korea’s decision to invest heavily in public health after suffering a severe outbreak of MERS has allowed the country to overcome COVID-19 with a per capita death rate about a 20th of that to escape to the United States.

Accurately counting deaths from COVID-19 has been problematic throughout the pandemic, with reports of confirmed cases representing only a fraction of the devastation the virus has wreaked, largely due to limited testing. Government figures reported to WHO and a separate tally by Johns Hopkins University show more than6.2 millionvirus deaths reported so far.

Scientists from the University of Washington’s Institute of Health Metrics and Evaluation calculated for a recent study published in the Lancet journal that there were more than 18 million COVID-related deaths from January 2020 to December 2021.

In a statement following the release of the WHO data, India disputed the UN agency’s methodology. India’s Ministry of Health and Family Welfare called the analysis and data collection methods “questionable” and complained that the new death estimates were released “without adequately addressing India’s concerns”.

Samira Asma, a senior WHO director, acknowledged that “figures are sometimes disputed” and that all estimates are only an approximation of the catastrophic impact of the virus.

“It has become very apparent throughout the course of the pandemic that there is a lack of data,” Asma told reporters during a news conference on Thursday. “Basically, we were all caught off guard.”

Ko said the new WHO figures may also explain some lingering mysteries about the pandemic, such as whyAfricaseems to have been one of the least affected by the virus, despite its fragile health systems and low vaccination rates.

“Were the death rates so low because we couldn’t count the deaths, or was there some other factor that explains that?” he asked, citing the much higher death rates in the US and Europe.

dr Bharat Pankhania, a public health specialist at Britain’s University of Exeter, said the world may never come close to measuring the true toll of COVID-19, particularly in poor countries.

“In a massive outbreak where people are dying from lack of oxygen in the streets, bodies were left or had to bequickly crematedIn the end, because of cultural beliefs, we never know how many people died,” he explained.

Pankhania said the estimated COVID-19 death toll still pales in comparison to the 1918 Spanish flu pandemic, which experts estimate caused up to 100 million deaths, but the fact that so many people, despite advances in modern medicine, including vaccines, died in shame.

He also warned that the cost of COVID-19 could be far more damaging in the long term given the increasing burden of caring for people with long-term COVID.

“With the Spanish flu, there was the flu and then there were some (lung) diseases that people were suffering from, but that was it,” he said. “There was no persistent immunological condition that we are currently seeing with COVID.”

“We don’t know to what extent the lives of people with long COVID will be shortened and whether they will have repeated infections that will cause them even more problems,” Pankhania said.

Stock market liquidation? Why it has to get "hot" before it burns out