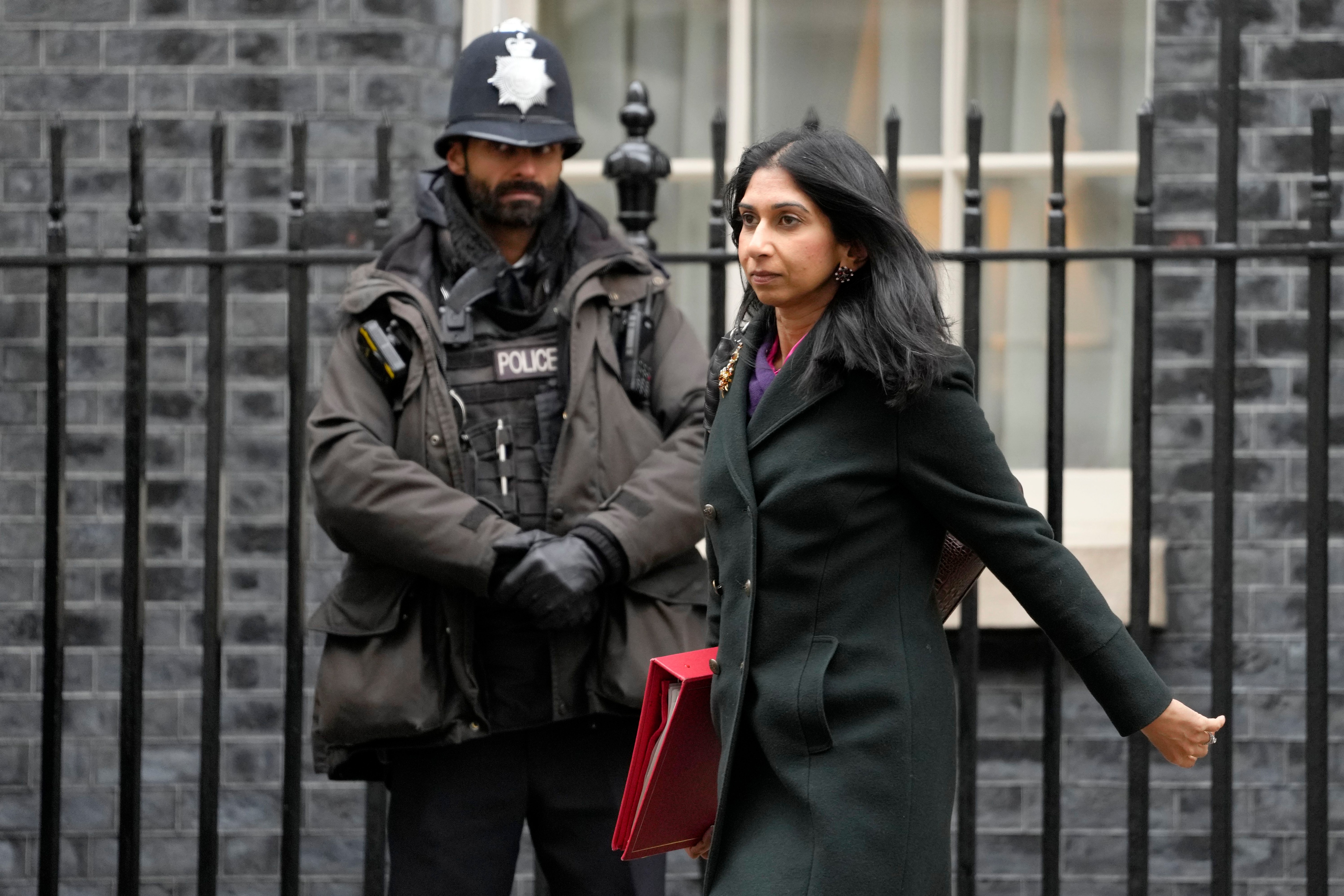 LONDON – Judges in Britain’s High Court will on Monday rule on whether the British government’s controversial plan to send asylum seekers on a one-way trip to Rwanda is legal.

Several asylum seekers, aid organizations and a border guards union are trying to block the Conservative government from responding to a deportation deal with Rwanda aimed at preventing migrants from crossing the English Channel in small boats.

More than 44,000 people have arrived in Britain by this route this year and several have died, including four last week when a boat capsized in freezing weather.

Under the deal, the UK plans to send some migrants who arrive in the UK as stowaways or in boats to the east African country, where their asylum claims would be processed. Asylum seekers would stay in Rwanda rather than return to the UK

Britain has paid Rwanda £120million ($146million) under the deal struck in April, but no one has yet been sent to the country. The UK was forced to cancel the first deportation flight in June at the last minute after the European Court of Human Rights ruled the plan posed “a real risk of irreversible harm”.

The UK government is determined to continue the policy, arguing it will deter trafficking gangs taking migrants on dangerous voyages across the English Channel’s busy shipping lanes.

Home Secretary Suella Braverman – who has described the Channel crossings as an “invasion of our south coast” – told the Times of London it would be “unforgivable” if the government did not halt the journeys.

“Part of the Brexit vote was about migration, taking control of our borders and taking back sovereignty over who comes into our country,” she said. “This is an egregious example of how we have not regained control.”

Human rights groups say it is illegal, unworkable and inhumane to send people thousands of miles to a country where they do not want to live. They also cite Rwanda’s poor human rights record, including allegations of torture and killings of government opponents.

The British government has argued that while Rwanda was the scene of a genocide that killed more than 800,000 people in 1994, the country has since built a reputation for stability and economic progress. Critics say stability comes at the expense of political repression.

The UK is taking fewer asylum seekers than many European nations, including Germany, France and Italy, but thousands of migrants from around the world head to northern France each year in hopes of crossing the English Channel. Some want to go to the UK because they have friends or family there, others because they speak English or because it is considered easy to find work.

The government wants to deport all migrants who arrive through unauthorized routes and is seeking Rwanda-style deals with other countries. Critics point out that there are few approved avenues to seek asylum in the UK other than those set up for people from Ukraine, Afghanistan and Hong Kong.

A surge in arrivals and a bureaucratic backlog in the UK, exacerbated by the coronavirus pandemic, has left many Channel migrants languishing in overcrowded processing centers where diphtheria and other diseases have broken out.