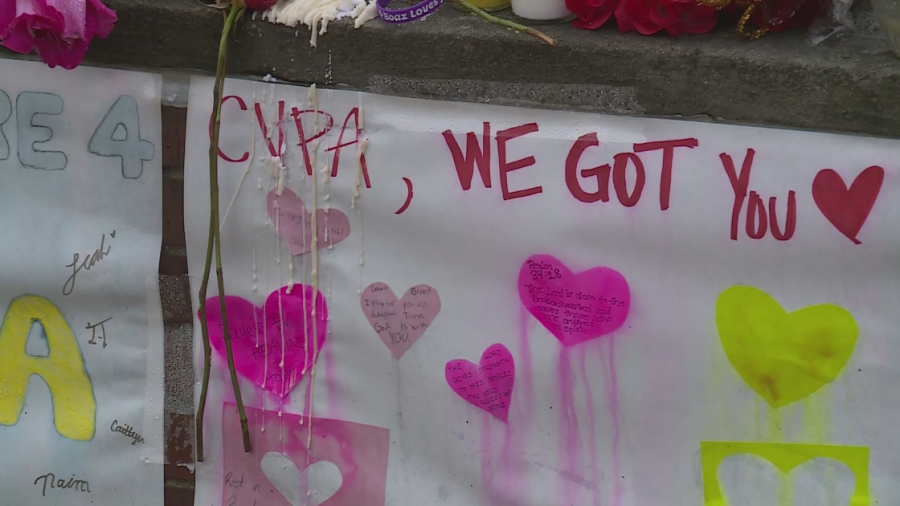 ST. LOUIS – People across the St. Louis area are coming together to heal as the community mourns the lives lost in a deadly shooting at a Southtown high school.

The rain has washed away some of the messages and handwritten cards, but emotions are still raw.

Top Story: Police identify the 17-year-old who was killed in an accident in Sappington


“I’m still processing that and, you know, being here is a way of doing that,” said Charlie Miksieck.

Miksieck, a graduate of Central Visual and Performing Arts High School, does not know anyone who was directly affected by the fatal shooting. He just wanted to bring out roses and pay his respects.

“Only sadness, sympathy for all the families affected. Even for the shooter’s family. It was very hard for them too,” he said.

Many people who visited the memorial in front of the high school did not know anyone who was personally affected, but wanted to show their support.

“I just came to see… just to say hello to the people who lost so much, you know? It’s a terrible thing,” Jerry Simpson said.

There are signs around the school showing support for the St. Louis Police Department.

“Their reaction is wonderful,” Miksicek said. “Thanks to all first responders.”

Utah is one of National Geographic's "Most Inspirational" destinations for 2023