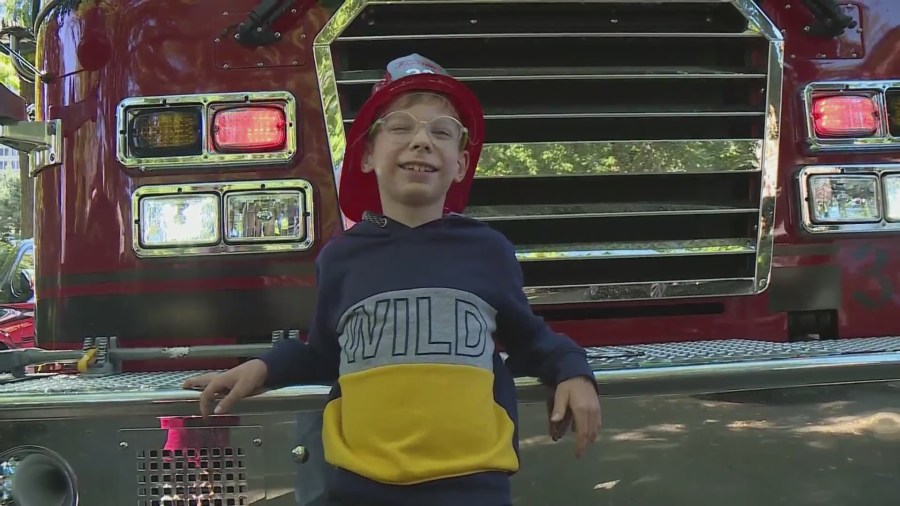 CLAYTON, Mo. — Clayton’s firefighters caused a big surprise Thursday for a Meramec student who was being driven home from school in a fire truck.

“He’s nine now. He’s never had a birthday party, we threw him a pretty epic Sonic the Hedgehog birthday party,” said Sean Davis, Nikita’s host dad. “He was overwhelmed, to say the least.”

Nikita and his mother Angela moved to Clayton in June after fleeing their homeland in Ukraine. Nikita has cerebral palsy and recently started walking. This is his first birthday in America.


“Not everyone gets that as a first American gift,” said Erin Juenger, an engineer with the Clayton Fire Department.

The Clayton Firefighters want this to be a birthday to remember for Nikita and Angela.

“It almost looked like one big happy family. I actually thought maybe we’d take her to Disney World,” Jiinger said. “I didn’t know we were going home. We were just sitting in a big truck going somewhere, it was like a road trip.

It was a quick drive home, but the smiles, laughs and memories that are made along the way will be appreciated by all involved.

“It’s very heartwarming. It kind of creates the kind of happiness that you can’t really buy,” Davis said.

“I know that will stay with him, but I think it will stay with us a lot more than with him,” said Jiinger. “For today we gave this child a little bit of hope and light that he didn’t have before. So I’m glad I can be apart of that.”

Lenovo is expected to release its first gaming Chromebook