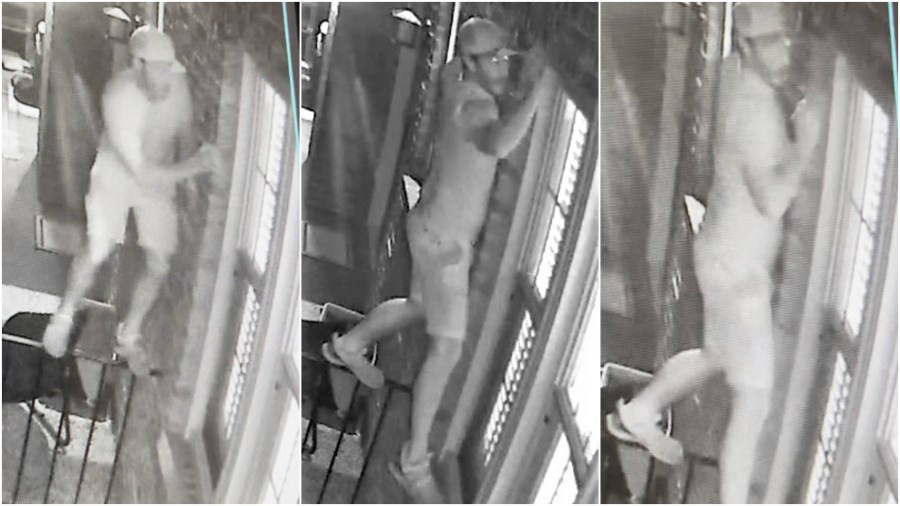 CLAYTON, Mo. — Authorities in suburban St. Louis are asking for the public’s help in identifying and locating a suspected drifter.

According to a spokesman for the Clayton Police Department, the incident was recorded by a home security camera just before midnight on May 23.


Witnesses alerted police to a man prowling the 7500 block of Parkdale Avenue. He could be seen climbing over a porch or patio railing of an apartment building and standing on a windowsill to peer inside.

The suspect is described as a white male, aged 25 to 30, approximately 5’10” to 6’1″ tall and weighing between 160 and 180 pounds. He was last seen wearing a light-colored t-shirt, shorts, sneakers and a baseball cap.

Anyone with information regarding the identity or whereabouts of this man is asked to contact the Clayton Police Department Detective Agency at 314-290-8425.