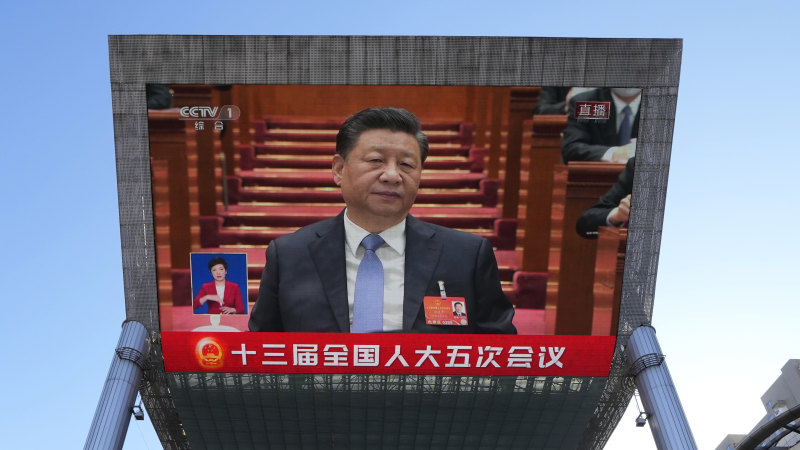 Although there are some signs of increasing economic activity, this will continue to weigh on growth at least for the first half of this year.

Even if the optimists are right and the wave of infections peaks in the first quarter, it will still take a very strong recovery in retail sales and the real estate industry to return to the desired level of growth.

Retail sales were essentially flat last year, growing a meager 0.2 percent. A key pillar of any recovery story will be a rebound in domestic consumption, no doubt supported by extensive fiscal and monetary stimulus.

However, consumption could be constrained not only by ongoing COVID outbreaks but also by relatively high unemployment, particularly among younger Chinese. Urban unemployment is 5.5 percent, but the unemployment rate for 16- to 24-year-olds is nearly 17 percent.

Trying to revive China’s ailing real estate sector will be even more difficult.

But stability in a sector that used to make up about a third of China’s economy will be hard to come by, let alone significant growth.

Xi’s legacy will be determined not by whether China can achieve a decent recovery in its economy this year or next, but by how he responds to the threats lurking in China’s demographic challenges.

Real estate investments fell 10 percent last year and house sales fell nearly 27 percent. Consumer confidence in the pre-sales model that followed the industry before its implosion – buyers prepaid the price of vacant homes and many were left with mortgages but not real estate – has been eroded and will not be easily restored.

The same could be said of developers’ access to offshore financing following the spate of offshore bond defaults.

The international slowdown, coupled with China’s domestic woes over the past year, was reflected in a 9.9 percent drop in exports and a 7.5 percent drop in imports in December from December 2021.

Fewer COVID-related disruptions in factories and domestic supply chains and a surge in domestic consumption could help boost trade-related activity, but the global slowdown and geopolitical tensions are likely to dampen the expected recovery.

In other words, a return to something resembling the pre-COVID norm of mid-single-digit growth numbers is possible now that the economy has reopened from its pandemic-induced self-isolation, but achieving it will not be easy or inevitable.

If the short-term challenge seems challenging, the long-term is even more so.

An aging population in a command-and-control economy dominated by low-productivity SOEs does not bode well for economic growth.

High levels of debt and leverage within the economy, as well as Xi’s shift in focus from wealth creation to redistribution, will also weigh on growth, despite some moderation in tone and some lifting of restrictions on private sector activities.

China’s population shrinking for the first time since 1961, well before China could transform itself from a middle-income at best country into something akin to economies like those of the United States or Europe, is having profound implications for its economy’s ability to grow and for its geopolitical ambitions .

Japan, from a much more prosperous starting point, crossed a similar threshold when its population began to shrink in 2010 in an economy already struggling with long-term structural problems. Despite exceptional monetary and fiscal policies, its economy is stagnating.

A smaller population means a smaller pool of cheap labor that has fueled China’s growth over the past half-century.

A smaller and aging population in a country with inadequate health infrastructure and social safety nets that is already over-indebted will create economic stress and social tensions within an economy that already has significant financial inequalities.

Demographics, which seem unstoppable, will also have an impact on the rest of the world – and Australia in particular.

Less demand for housing and goods within China from a smaller population means less long-term demand for commodities like iron ore, coal and LNG.

China’s position as the factory floor of the world and as an attractive and growing market for Western companies would also be threatened if a shrinking labor pool were reflected in higher labor costs and a dwindling pool of domestic consumers.

Xi’s legacy will be determined not by whether China can achieve a decent recovery in its economy this year or next, but by how he responds to the threats lurking in China’s demographic challenges.

Without changes in the economy more fundamental than increasing productivity and reducing debt, his ambition to overtake the US in economic, military and geopolitical capability and influence will be exposed by history as empty hope.