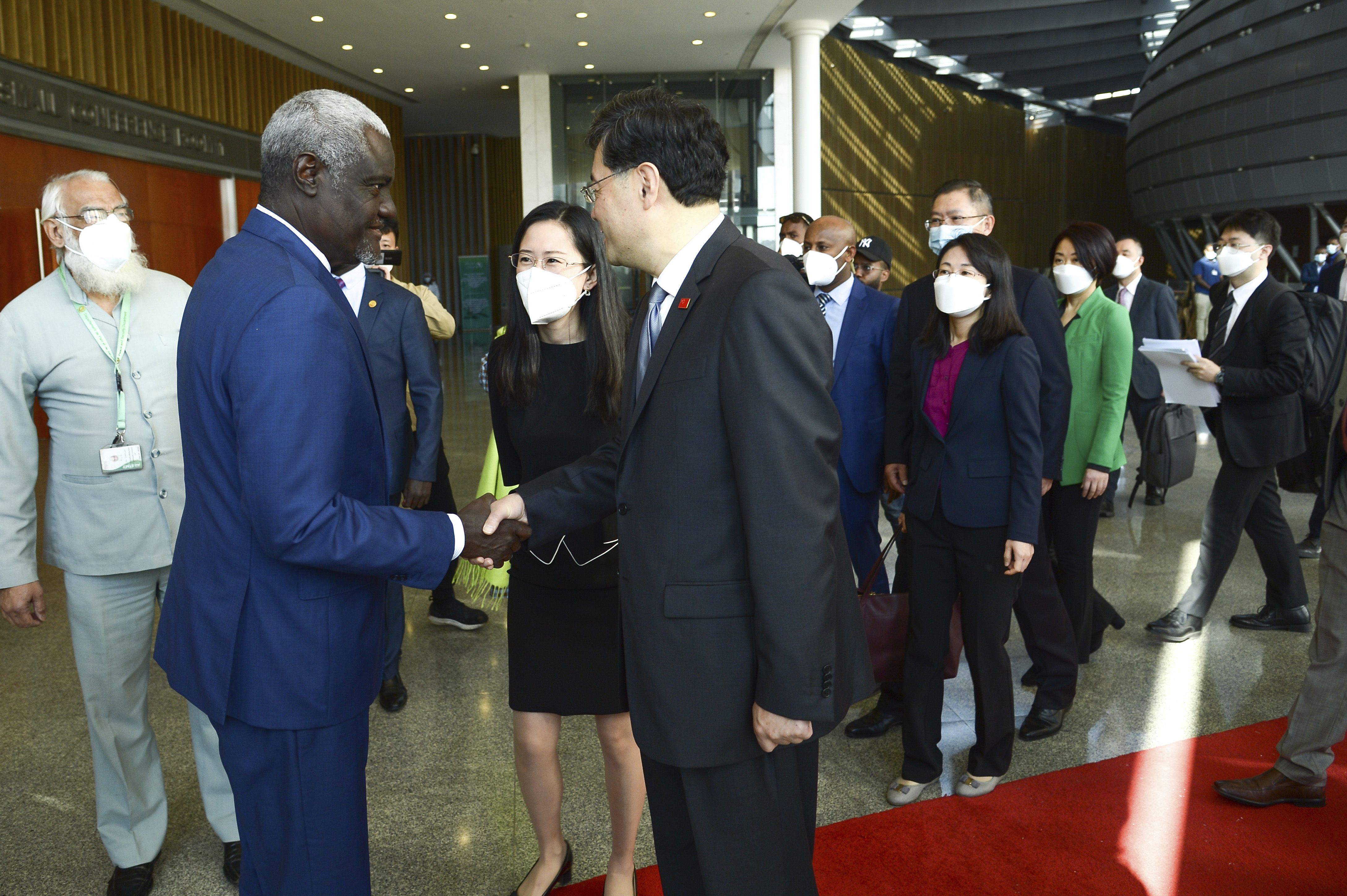 NAIROBI – During his visit to Ethiopia, China’s new Foreign Minister Qin Gang dodged a renewed call by the African Union for permanent representation on the United Nations Security Council.

At the opening of the China-built headquarters of the African Centers for Disease Control and Prevention in Ethiopia’s capital Addis Ababa, Qin instead emphasized China’s partnership with Africa in the areas of security and economic development.

African Union Commission Chair Moussa Faki Mahamat told a joint press conference that Africa’s lack of permanent representation on the Security Council was a “burning issue,” considering most of the issues on the Council’s agenda concern African countries.

“It is unacceptable that others decide instead of others. It’s not fair. We need a new order at the international level that respects the interests of others,” he said.

China is one of the five permanent members of the council.

Qin, who was appointed in December, is on his first overseas visit as foreign minister, beginning a week-long trip to Africa. He will also visit Gabon, Angola, Benin and Egypt.

China’s foreign ministers have begun their tenure for more than three decades by visiting Africa, whose population rivals that of China as a continent. China has invested heavily in infrastructure in African countries, including roads, railways and hospitals.

Qin dismissed the idea that China competes in Africa with the United States, which tried to reassert its influence with a US-Africa summit in Washington last month.

“What Africa needs is solidarity and cooperation, not bloc competition. No one has the right to force African countries to take sides,” Qin said.

The Chair of the AU Commission said: “Africa refuses to be considered an arena for the exchange of influence. … We are open to cooperation and partnership with everyone, but our principles, our priorities and our interests must be respected. Our partnership with China is based on these principles.”