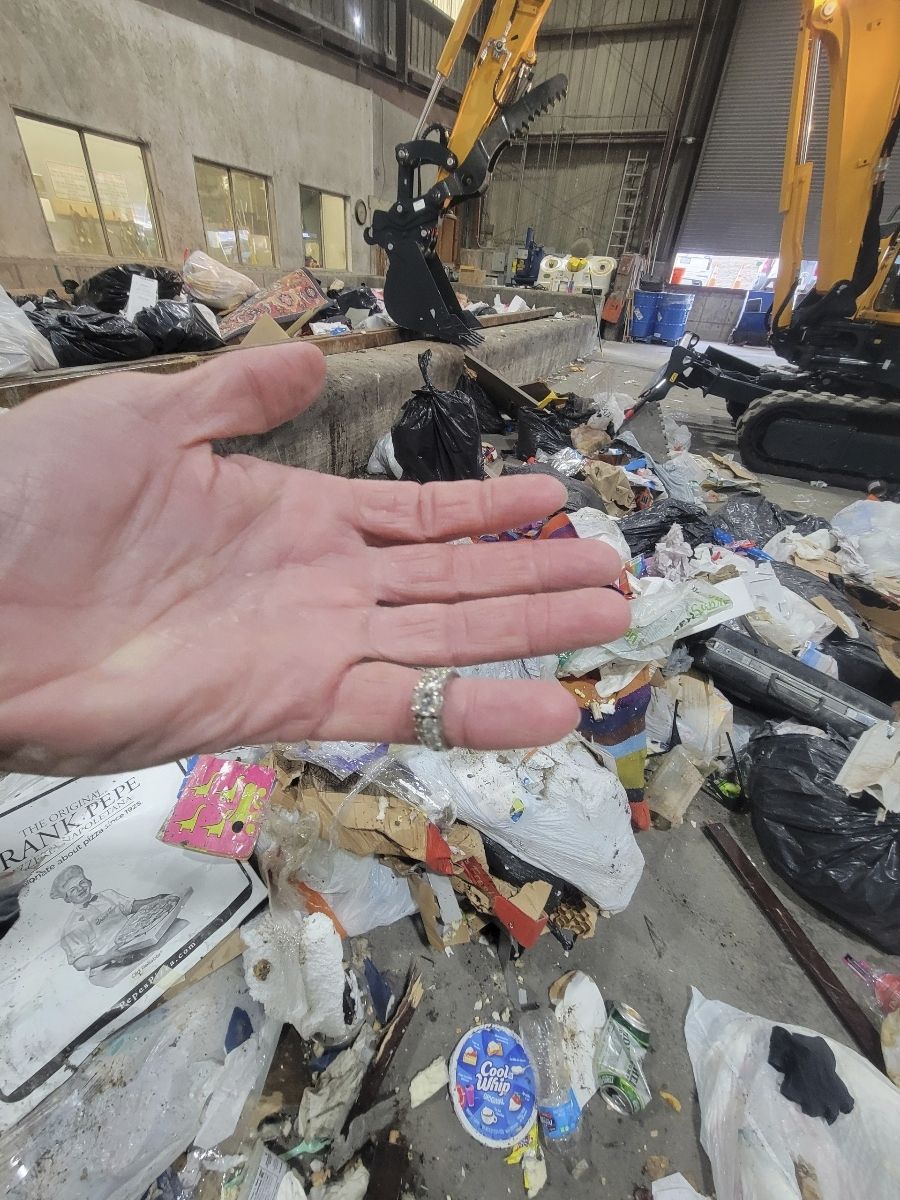 WINDHAM, NH – A celery stalk sighting and a bit of luck came together to help a New Hampshire man find his wife’s wedding rings in a 20-ton garbage trailer, the jewelry wrapped in a napkin he accidentally discarded.

Kevin Butler brought the rubbish to a transfer station in Windham last Wednesday. He had unwittingly thrown the napkin into the white garbage bag, not realizing that his wife had cleaned the rings and wrapped them in the napkin to dry.

He returned a few hours later and asked for help finding the rings amidst the piles of garbage.

“He said, ‘I’m pretty sure I threw out the rings,'” said Dennis Senibaldi, the transfer station supervisor, on Tuesday.

Senibaldi and his crew reviewed the surveillance video to see when Butler first appeared at the transfer station and where he dumped it. They used an excavator to shovel the garbage out of the trailer.

After about five or six scoops, they saw a white bag with a telltale clue.

“One of the things he said was (inside) sticks of celery, and I could see a stick of celery sticking out the side of the bag,” Senibaldi said.

They began to search the bag, but there was no sign of the rings.

But at the bottom, under carrot or sweet potato skins, lay a napkin. “I literally opened the napkin, there were the two rings,” Senibaldi said.

Butler jumped up and hugged Senibaldi.

“I wouldn’t recommend that,” Butler said WMUR-TV of sifting through the trash, “but to get the rings back I’d do it a thousand times over.”