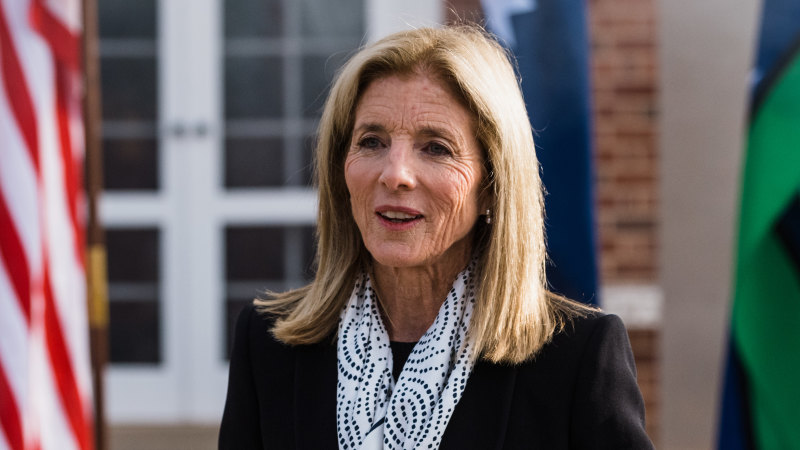 Kennedy and Deputy Secretary of State Wendy Sherman will open a new US embassy in the capital, Honiara, during their trip to coincide with the 80th anniversary of the Battle of Guadalcanal in World War II.

After arriving in Australia on Friday, Kennedy said: “I know there is a lot to do in the Pacific. I am pleased that the Peace Corps is returning to the Pacific Islands after many years of absence regarding US engagement.”

She said the US and Australia have a “big agenda” they need to pursue together, including greater cooperation in the Pacific.

Kennedy echoed Vice President Kamala Harris, who told the Pacific Islands Forum earlier this month that the Pacific may not have gotten enough attention from the US lately.

Kennedy, who served as US ambassador to Japan during the Obama administration, said her first official day as ambassador to Australia was “truly one of the most important days of my life.”

“The United States and Australia are our closest allies, and we are global partners working toward peace and stability, health, security and economic prosperity in this region and beyond,” she said.

https://www.smh.com.au/politics/federal/kennedy-signals-new-developments-on-aukus-as-she-plans-solomons-trip-20220725-p5b4d9.html?ref=rss&utm_medium=rss&utm_source=rss_politics_federal Caroline Kennedy announces new AUKUS plans on day one as US Ambassador to Australia