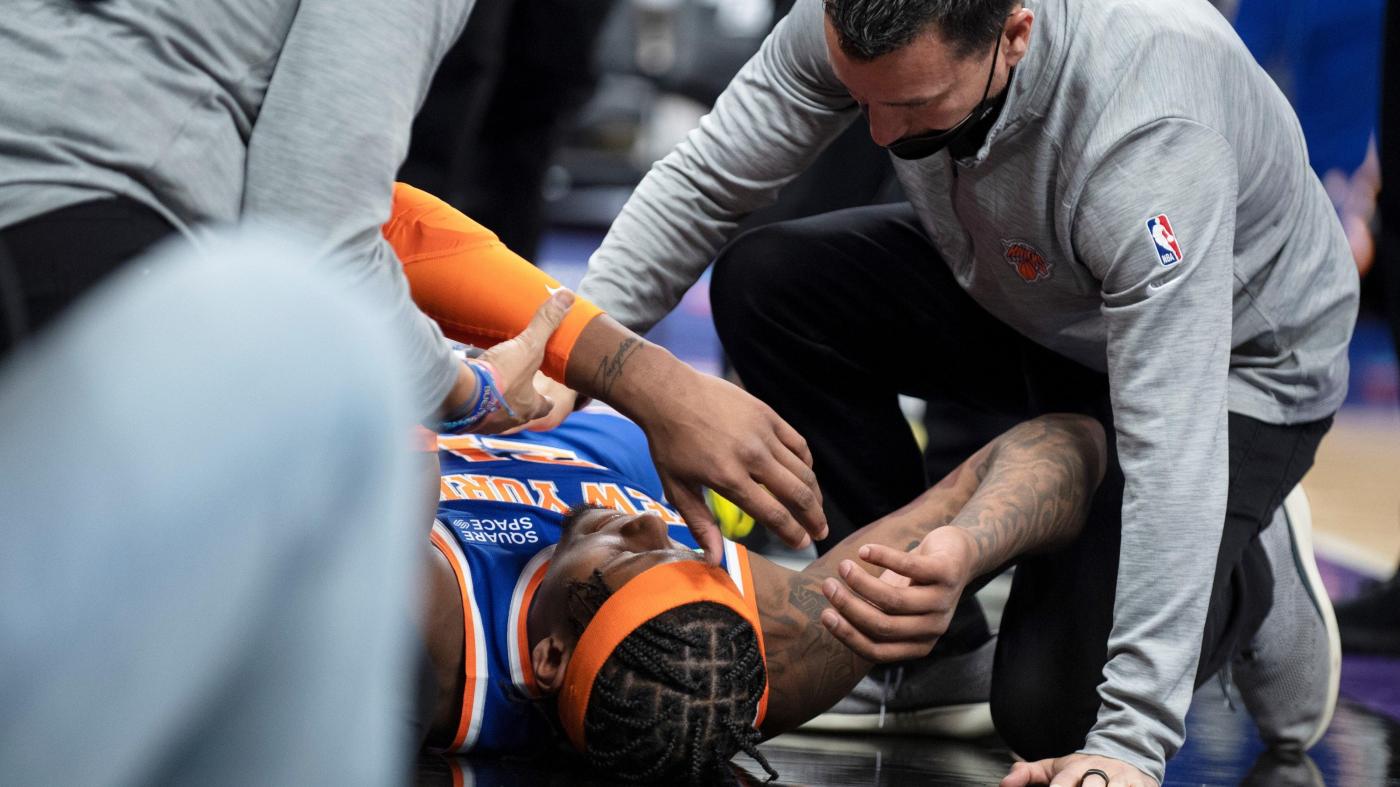 DALLAS — Cam Reddish could be out for a while.

The 22-year-old’s shoulder sprain was so severe that he had to cut short the road trip for further testing in New York. Tom Thibodeau said he would not have an update pending the doctor’s assessment and the manager did not feel comfortable speculating until asked to do so.

Reddish suffered the injury Monday in Sacramento, where he fell hard on the court after a high-flying block attempt. Reddish jumped in the back of Kings Guard Davion Mitchell and was thrown off his legs. He tried to break the fall with his shoulder and sprained it while also cracking his head.

“He hit his head but the injury is in his shoulder,” said Thibodeau.

Reddish, who was brought on for a protected first-round pick in January, eventually cracked the rotation before his injury and completed at least 16 minutes in his last six games.

The Knicks met the Mavericks Wednesday night in Dallas and end their Western Conference swing Friday in Memphis. Their final leg of a seven-game road trip season comes Sunday in Brooklyn.