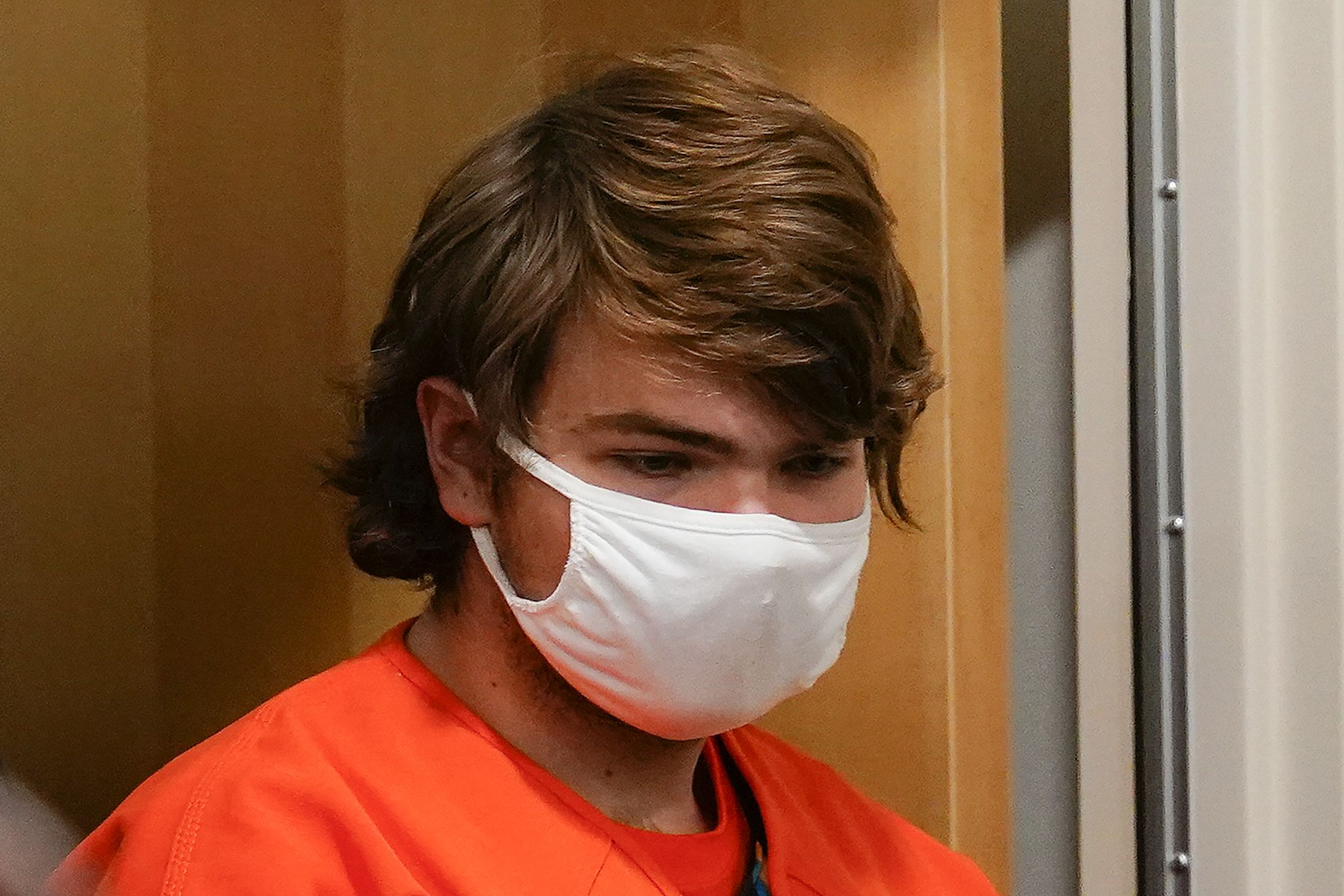 FILE – People pray outside the scene of a shooting where police respond at a convenience store in Buffalo, NY on May 15, 2022. When police confronted Payton Gendron, the white man suspected of killing 10 black people at the supermarket, he had an AR-15-style rifle and was shrouded in body armor. But officers spoke to Gendron, convinced him to put down his gun, and arrested him without firing a single shot. Some people question why this type of treatment has not been afforded to black people in encounters where they have been killed for minor traffic violations or no violations at all. (AP Photo/Matt Rourke, file)

BUFFALO, New York – The white man accused of carrying out a racist attack that killed 10 people and injured three others at a Buffalo supermarket is set to be charged on Thursday 25 counts These include state charges of murder and hate-motivated domestic terrorism.

Payton Gendron, 18, is scheduled to appear before Erie County Judge Susan Eagan for an afternoon hearing. He has been held without bail since allegedly using an AR-15-style assault rifle to attack shoppers and employees at a Tops Friendly Market, which authorities say he chose because of its location in a predominantly black neighborhood.

The charges built on an earlier murder charge filed shortly after his arrest immediately after the attack. Gendron has pleaded not guilty.

The domestic terrorism charge — hate-motivated acts of terrorism in the first degree — accuses Gendron of killing at least five people “because of the perceived race and/or color” of his victims.

Prosecutors said Gendron drove about three hours from his home in Conklin, New York, to Buffalo to kill as many black people as possible. Just before he opened fire, he released documents outlining his white supremacist views and revealed he had been planning the attack for months.

The shooting was followed 10 days later by a mass shooting that killed 19 children and two teachers at an elementary school Uvalde, Texas, has renewed a national debate about gun control.