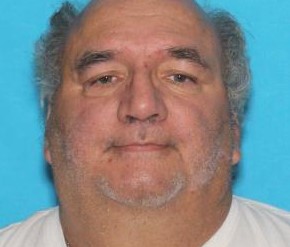 BRIDGETON, Mo. – The Bridgeton Police Department has issued a vulnerable SILVER alert for a man who was last seen a few weeks ago.

Police are looking for Mark Anthony Dickman, 61, who was last seen on May 6 at the 400 block of South 15th Street.


According to authorities, Dickman was last seen at a Greyhound bus station en route to Butte, Montana. Dickman is overdue for his return and it’s unclear if he ever made it to Montana. Police say Dickman does not have required medication and suffers from bipolar disorder and schizophrenia.

Dickman is described as being 5 feet 10 inches tall and weighing 250 pounds with gray hair and brown eyes. If you have information about his whereabouts, contact 911, the nearest law enforcement agency, or the Bridgeton Police Department at 314-739-7557.