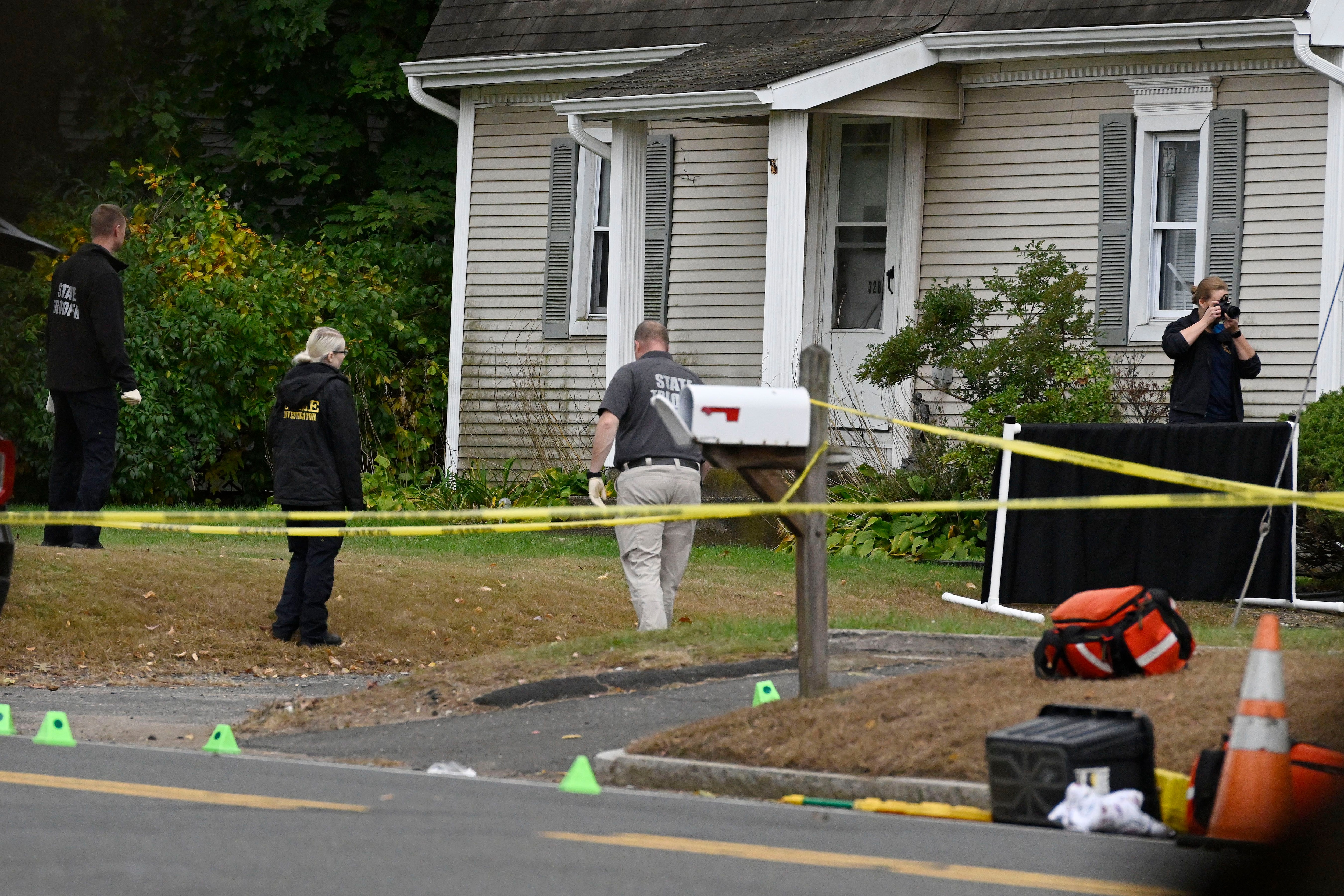 BRISTOL, Conn. – In agony due to a gunshot wound from an ambush that just had killed two comrades, a Connecticut cop’s bodycam shows him limping back behind a squad car and firing a single bullet at the suspect. The investigators speak of a fatal shot.

“Shots fired, shots fired, more cars, send everyone in,” a breathless officer told Alec Iurato of Wednesday’s shooting in the city of Bristol, according to a snippet of body camera footage released Sunday.

The inspector general’s office said Iurato, Sgt. Dustin DeMonte and Officer Alex Hamzy went to the house just before 11 p.m. in response to an emergency call. Authorities say the call was made by Nicholas Brutcher, 35.

They spoke to Brutcher’s brother Nathan at a side door and told him to leave the house. As he did, authorities said Brutcher opened fire on the officers from behind, firing more than 80 rounds.

DeMonte and Hamzy died on multiple shots on their heads and torsos, and Iurato was wounded in the leg.

In Iurato’s body camera footage, he can be heard breathing heavily and screaming in pain as he walks through the house.

Painful screams can be heard through the street, at one point they apparently said, “He’s dead!” It was not clear who was screaming.

As Iurato reached the car, a hail of at least two dozen shots rang out.

The footage shows Iurato – his face reflected in the window of the police cruiser – resting his service weapon on the vehicle, taking aim and firing once. Someone yells “He’s down” before Iurato radios that the suspect is down.

Brutcher died from a gunshot wound to the neck with spinal cord injuries, authorities said. His brother was also wounded that night.

The inspector general said the evidence so far shows that Iurato’s shooting was justified.

Iurato, 26, a four-year-old member of the ward, was discharged from hospital on Thursday.

Authorities are still investigating and have not disclosed the circumstances that led to the 911 call being called or Brutcher opening fire, although they previously said it appeared officers were on the scene with the 911 call been lured. The body camera footage of the two police officers killed has not been released, and the segment from Iurato’s camera does not show the ambush.

Demonte, 35, was a 10-year veteran officer. Hamzy, 34, had worked for the department for eight years. Their funerals are scheduled to take place next week.

Bristol, about 15 miles (24 kilometers) southwest of the state capital Hartford, is home to about 60,000 people and sports network ESPN.

Thousands of NHS workers vote on whether to strike over pay