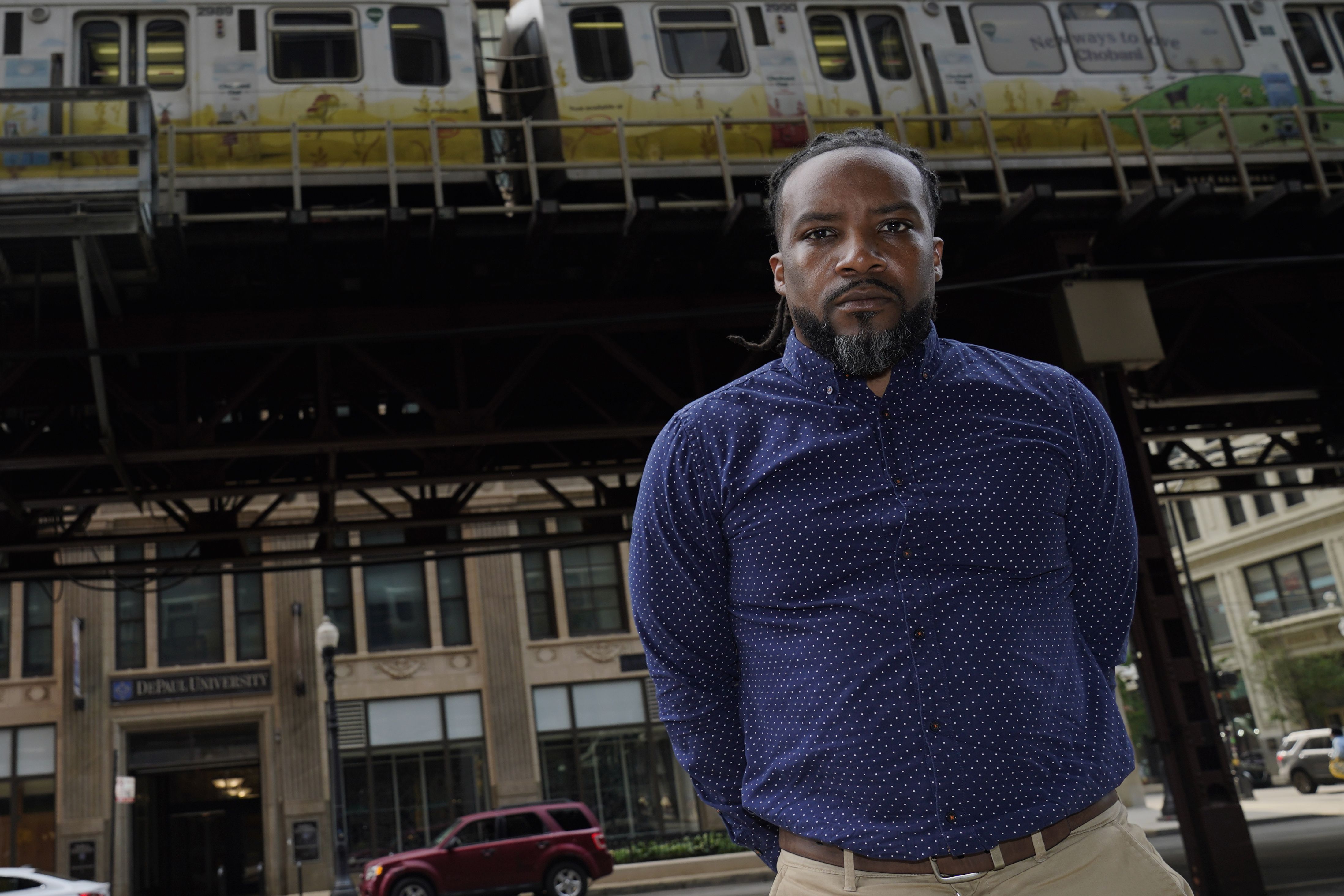 As a young man in Memphis, Tennessee, Robert Dabney Jr. wanted to pursue a path that could provide a better life for his family. In 1998, two weeks after graduating from high school, he enlisted in the US Army at the age of 18.

During his nine years of service, including two deployments to Iraq, Dabney was a combat medic. But after leaving the Army in 2007 and returning to Memphis married and with children, he struggled to see what he had gained from his service.

“I had traded my youth, ambition and strength for a future limited only by my mental health,” said Dabney, who was officially diagnosed with post-traumatic stress disorder and depression in 2013.

His experience seeking treatment through the veteran health system has been plagued with challenges, he said. After navigating the system as a black veteran, he wondered if he could help others find more culturally competent services that the federal government seemed ill-equipped to provide.

Testimonies like Dabney’s will be shared Thursday at the first-ever national policy conference for black veterans in Washington. Representatives from nearly 20 serviceman advocacy groups of color plan to work together on a legislative agenda to address long-standing racial, economic and social inequalities facing more than 2 million black American veterans.

“For many people from black and brown (veteran) communities, we start at a different place in life,” said the 42-year-old war veteran. “Being able to speak to people who started out in this place and who have a mindset similar to yours going through the military has a different meaning to us.”

In addition to inequalities in the military justice system, homelessness and unemployment, federal veterans benefits data shows that post-Sept. 11 black service members were granted disability claims at lower rates than their white counterparts. Proponents say racial inequality in veterans’ access to benefits stifles or, worse, upends the lives of those who have proudly served their country.

“The system doesn’t accommodate us, we adapt to it,” said Victor LaGroon, chair of the Black Veterans Empowerment Council, which organized Thursday’s conference. “We need to have these systemic and legislative discussions because until there is full transparency and accountability, people will continue to sidestep the issues.”

Scheduled speakers include the secretaries of the Departments of Veterans Affairs and Labor, as well as officials from some state and local veterans’ agencies.

Richard Brookshire, a former Army combat medic who served in the Afghanistan war, said a key goal of the conference is to help the black veteran community unite in a broader agenda around “what’s actionable,” which is also targets historical injustices dating back to black veterans serving in World War II.

“There has to be a critical mass in the black veteran community to call for this,” said Brookshire, co-founder of the Black Veterans Project. “The seed has been planted and we shall see the tree bear fruit.”

The Black Veterans Empowerment Council was formed in 2020 amid the national reckoning in the wake of the police killing of George Floyd as a roundtable of black veterans groups to advise the House Veterans Affairs Committee. Council members said part of their work over the past two years has been collecting data to prove how black veterans have unequal access to the benefits system.

According to Veterans Benefits Administration records analyzed by the Veterans Legal Services Clinic at Yale Law School and reviewed by The Associated Press, there are statistically significant differences in disability claim outcomes for black and white veterans. Although disability application approval rates are generally low, they are significantly lower for black veterans.

Linda Mann, co-founder of the African American Redress Network at Columbia University’s School of International and Public Affairs, led a group of students that performed additional analysis of the performance data. According to their findings, differences in black veterans’ assessments of the severity of their condition resulted in lower disability compensation and lower eligibility for other VA benefits.

These findings build on historical racial inequalities in veteran performance, dating back to the integration of the armed forces in the late 1940s. Black soldiers who fought in World War II were either denied or prevented from taking full advantage of it Housing and education benefits through the GI bill. Black Korean War veterans had similar experiences with the program. Proponents say the cross-generational impact of this wealth discrimination is still being felt today.

“What most people would normally say is that we’ve gone through the civil rights movement and things are better,” Mann said, but that wasn’t backed up by the Freedom of Information Act statistics the advocacy groups were given.

“The continued injustice on the part of the military and the VA is evident not only in the FOIA data we looked at, but also in the practices and policies,” Mann said.

The VA did not comment in time for publication.

Last year, the Black Veterans Project and the National Veterans Council for Legal Redress sued the VA over its Freedom of Information Act claims for performance data by race. They won access. In April, the White House released a summary of the VA’s stock action planin which the agency recognized racial and gender disparities for access to veterans’ benefits.

Dabney ended up finding a better way, going to college and becoming a Chicago hospital chaplain. But it took him to overcome a descent into alcoholism, infidelity and self-neglect before he found his calling.

After being diagnosed with PTSD and depression, he was connected to mental health counseling services through the VA at an outpatient center near Chicago. The assigned counselor, a white woman, frustrated Dabney because he felt she couldn’t relate to the complexities of his identity as a war veteran and black man from Memphis.

“I got to the point where I would just say ‘yes.’ Yes, it is,” Dabney recalled. “Rather than standing up for myself, I started shaping what I said based on what I thought they could understand. I couldn’t really open up to them and present myself to them.”

He was ready to give up, but what he really needed was a colleague who would encourage him to stick with it, he said.

Walidah Bennett, founder and director of a multifaith veterans’ initiative at DePaul University in Chicago, works to provide resources for black churches and ministers to minister to veterans in their communities.

Bennett’s son, an Iraq War veteran named Saad Muhammad, committed suicide in 2013, and in the 10 years since his death, she has set up 15 community pages for veterans in times of crisis. Suicide rates among black veterans have increased from 11.8% to 14.5% between 2001 and 2019, although rates remain highest among white veterans, according to the VA 2021 Annual Veteran Suicide Prevention Report.

“Had we had the common rooms that we have today, this could have helped my son a lot,” Bennett said.

Morrison is a New York-based member of AP’s Race and Ethnicity team. Follow him on Twitter: https://www.twitter.com/aaronlmorrison.