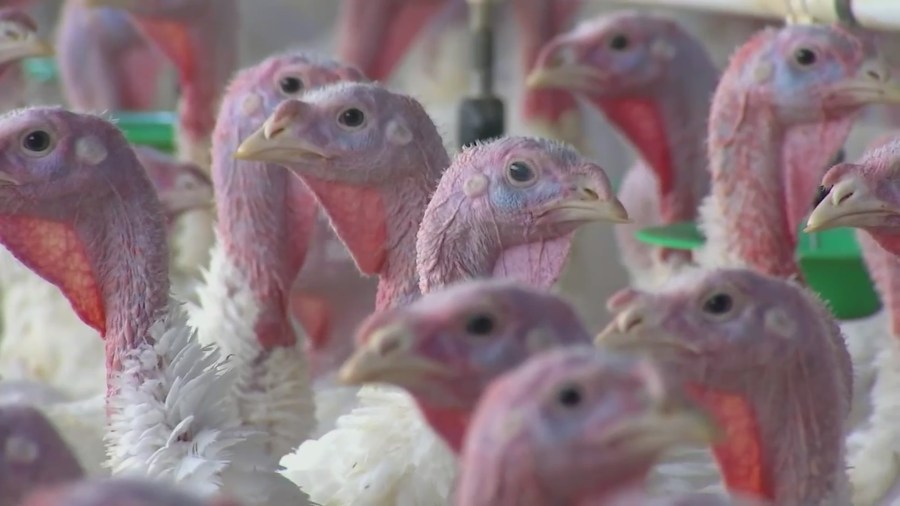 JEFFERSON CITY, Mo. — A virus that is highly contagious and deadly to poultry could cause the price of turkey to soar.

“The last time we had it in Missouri was in 2015, so some years and some years you don’t have it,” said Chris Chinn, director of the Missouri Department of Agriculture. “Highly pathogenic avian influenza is actually a virus transmitted by wild waterfowl as the birds migrate south.”


Chinn said waterfowl like ducks and geese then enter the water or food source for chickens and turkeys and spread the deadly virus. Last week, the commercial farm in Osage County contracted the virus.

“The farmer noticed his herd was sick, they weren’t behaving properly, so they called their vet and we quarantined the facility,” Chinn said.

“They’re depopulating the farm,” Chinn said. “There will be a full disinfection and cleaning of this farm to ensure the virus is gone. So if the farmer brings in a new flock there is no risk of the virus coming back.”

Chinn said the virus is very obvious because birds are misbehaving and not eating or drinking. The USDA’s National Veterinary Services Laboratory (NVSL) confirmed HPAI in the Osage County herd after samples were sent to the USDA’s laboratory in Iowa following a sudden increase in herd mortality.

“Anything that flies, that’s a bird, is susceptible to this virus,” Chinn said. “We encourage people who have backyard flocks, chickens and ducks to try and protect their flock and keep them in check and away from contact with these wild waterfowl.”

She also said bird flu could also affect your wallet.

“We’re going to be seeing fewer turkeys right now because this isn’t just affecting one turkey farm in Missouri, but other turkey farms across the country that are being affected,” Chinn said. “You may see fewer turkeys on store shelves and prices may go up.”

Since the beginning of the year, there have been a handful of outbreaks on commercial turkey farms across the state, affecting between 14,000 and 37,000 birds.

Trending – Some snow is forecast for St. Louis this Christmas week


Chinn said the public should not be concerned because there is no risk to poultry or eggs and this virus is not linked to human flu.

“This isn’t the same flu that you’re finding in humans right now,” Chinn said. “This is neither influenza A nor influenza B, so we don’t want anyone to be worried about it. We encourage people who keep poultry on their farms to wash their hands properly after handling their poultry.”

The commercial farmer in southern Missouri could be impacted by this outbreak for up to six months, Chinn said.

Back in November, the USDA detected HPAI in a Webster County flock of chicken layers. Across the country, more than 56 million birds have been affected by the virus, according to the USDA, with most cases reported in Iowa, 15 million.

Current information on bird flu cases is available from the department website.

Poultry producers in Missouri are encouraged to prevent contact between their birds and wild birds and to report sick birds or an unusual increase in deaths to a local veterinarian or the Missouri Department of Agriculture State Veterinary Office at 573-751-3377.

Venice could be saved by global warming, according to new research