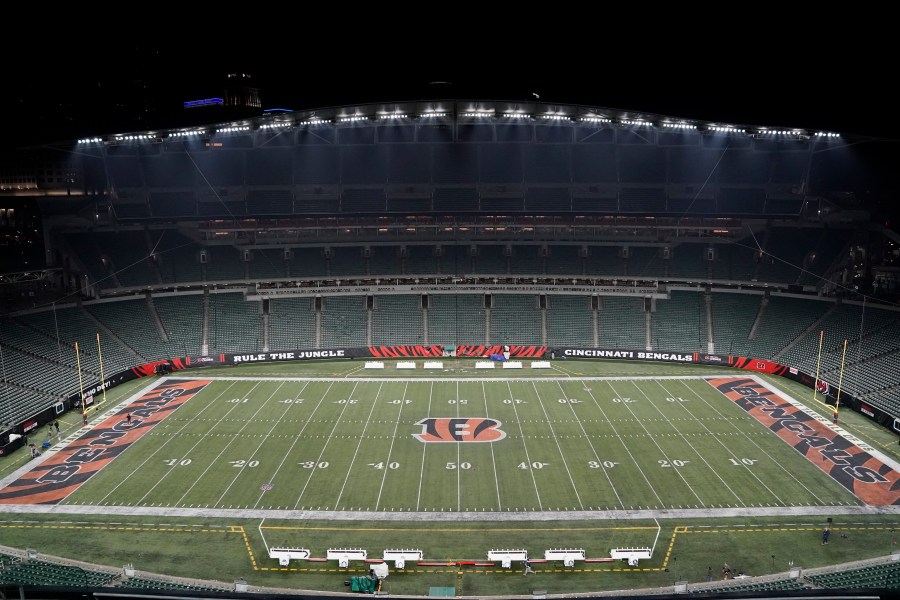 The Bills-Bengals game, which was suspended Monday night after Buffalo safety Damar Hamlin went into cardiac arrest, will not resume this week and the Week 18 schedule remains unchanged, the NFL said Tuesday.

The NFL has not made a decision regarding the potential resumption of the pivotal Bills-Bengals game at a later date.

Hamlin, 24, remained in critical condition on Tuesday after the Bills said his heart stopped after he made a tackle in the first quarter of a game against the Bengals. Medical staff restored his heartbeat during hectic moments in the field before loading him into an ambulance. Players from both teams cried and prayed during an emotional scene in front of a national TV audience.

“Damar went into cardiac arrest and was immediately resuscitated by on-site club physicians and independent medical personnel, all highly trained in the implementation of emergency medical plans,” NFL Commissioner Roger Goodell said in a letter sent to all teams by The Associated Press. “Damar was stabilized and transported to the University of Cincinnati Medical Center, a Level 1 trauma center, where he remains in the intensive care unit.”

Goodell told the clubs in his memo that Dr. Nyaka NiiLampti sent each team’s doctors and retention leaders information on mental health and support resources available to players and staff.

“Additional resources, including on-site services, may be available to any club that desires that support,” Goodell said.

Goodell told teams they would be notified immediately of any schedule changes for this weekend. The result of the Bills-Bengals game has a big impact on the playoffs.

Both teams are fighting for the AFC No. The Bills (12-3) went into the game in first place while the Bengals (11-4) had a chance to win the AFC North with a win and along with Kansas City (13-3).

The Bengals were leading 7-3 in the first quarter when play was halted. The NFL is scheduled to start the playoffs on January 14th.

https://fox2now.com/sports/ap-sports/ap-bills-bengals-wont-resume-game-this-week-week-18-unchanged/ Bills-Bengals will not resume play this week, week 18 unchanged