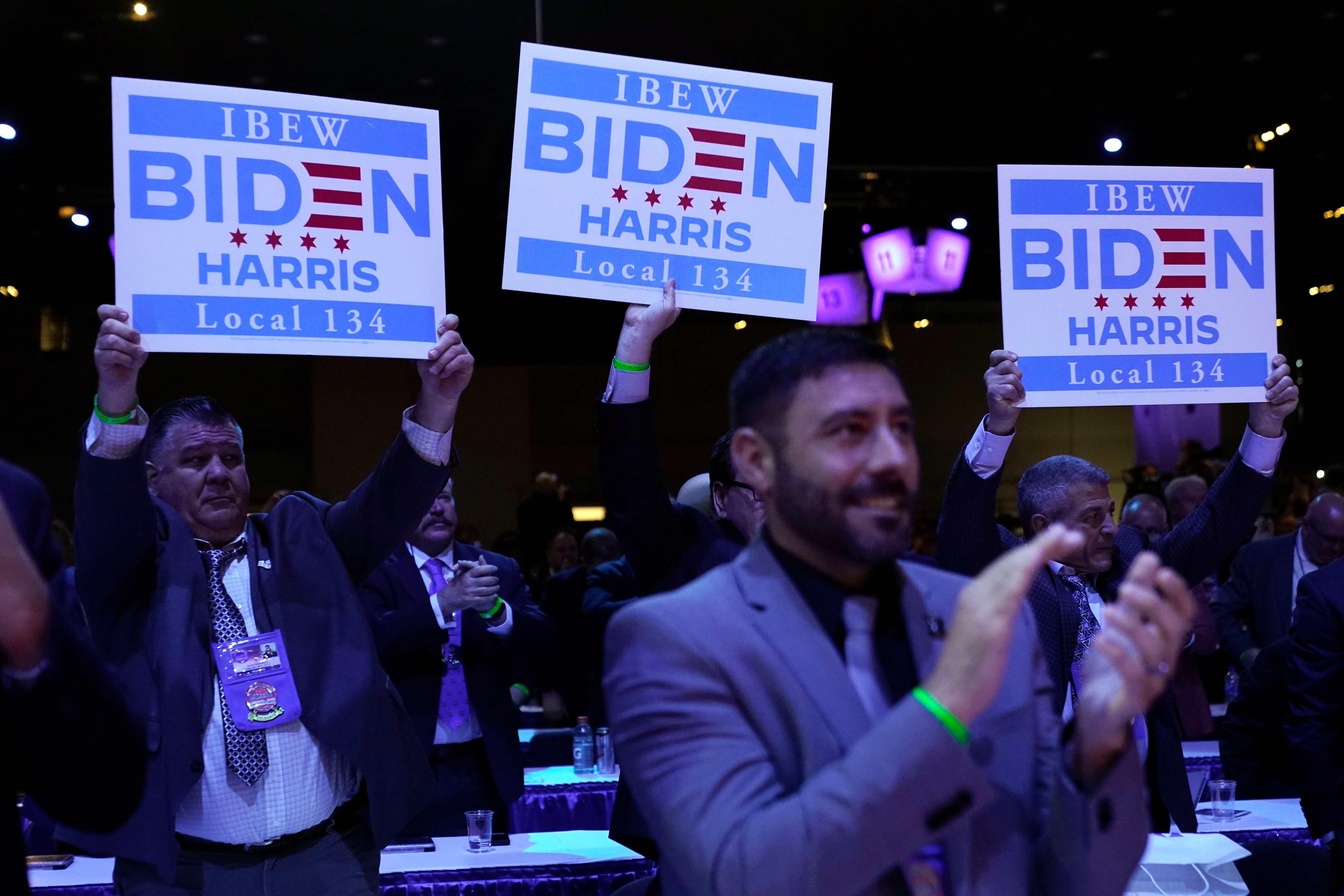 CHICAGO – President Joe Biden on Wednesday dubbed his predecessor Donald Trump “the great MAGA king,” continuing the scathing criticism of Republicans ahead of the midterm elections that could be a bruise for Democrats.

“I think it’s important that as we move forward, you hear me speak not just about what we’ve done, but what they’re trying to do,” the president said ahead of an evening Democratic fundraiser of about 40 people in a hotel in Chicago.

The party that controls the presidency usually loses seats in the next election, and with inflation hitting its highest level in 40 years, Biden’s party could wipe out its control of Congress in November. To counter this, in recent days Biden has begun to denigrate “Ultra-MAGA” Republicans – a reference to Trump’s “Make America Great Again” campaign slogan.

He told the fundraiser that the Democratic National Committee is already spending more time and money promoting differences between his party and the GOP, adding, “We need to make sure we maintain that clear contrast on both sides.”

“One of the things I think we need to do is not just talk about what we’ve done — we’re not doing that enough and that’s my fault,” he said.

But Biden also added, “Because some of the things that former President Trump did and said were so outrageous, I think we found ourselves in a position where it was almost, ‘How did this happen?’ ‘How can that be?'”

When an attendee’s cell phone rang, the President joked, “I know Trump’s calling. He always does.”

His remarks at the fundraiser followed a speech earlier Thursday in which Biden offered a new nickname for Trump, who himself enjoys often bestowing unflattering nicknames on political opponents.

“Under my predecessor — the great MAGA king — the deficit went up every year he was president,” he said at the International Brotherhood of Electrical Workers conference, also held in Chicago. “In the first year of my presidency, the first year, I reduced the deficit.”

During the conference and fundraiser, Biden also reiterated criticisms he recently leveled at Florida Republican Sen. Rick Scott’s 11-point plan. Released in February, it proposes imposing a modest tax hike on many of America’s lowest-paid, while opening the door to cuts in Social Security and Medicare.

“I call it the Ultra MAGA plan, Make America Great Again plan,” Biden said at the union conference. At the fundraiser, he struck a similar tone, saying, “I think we need to point out how radical it is … so that people are reminded of what’s at stake here.”