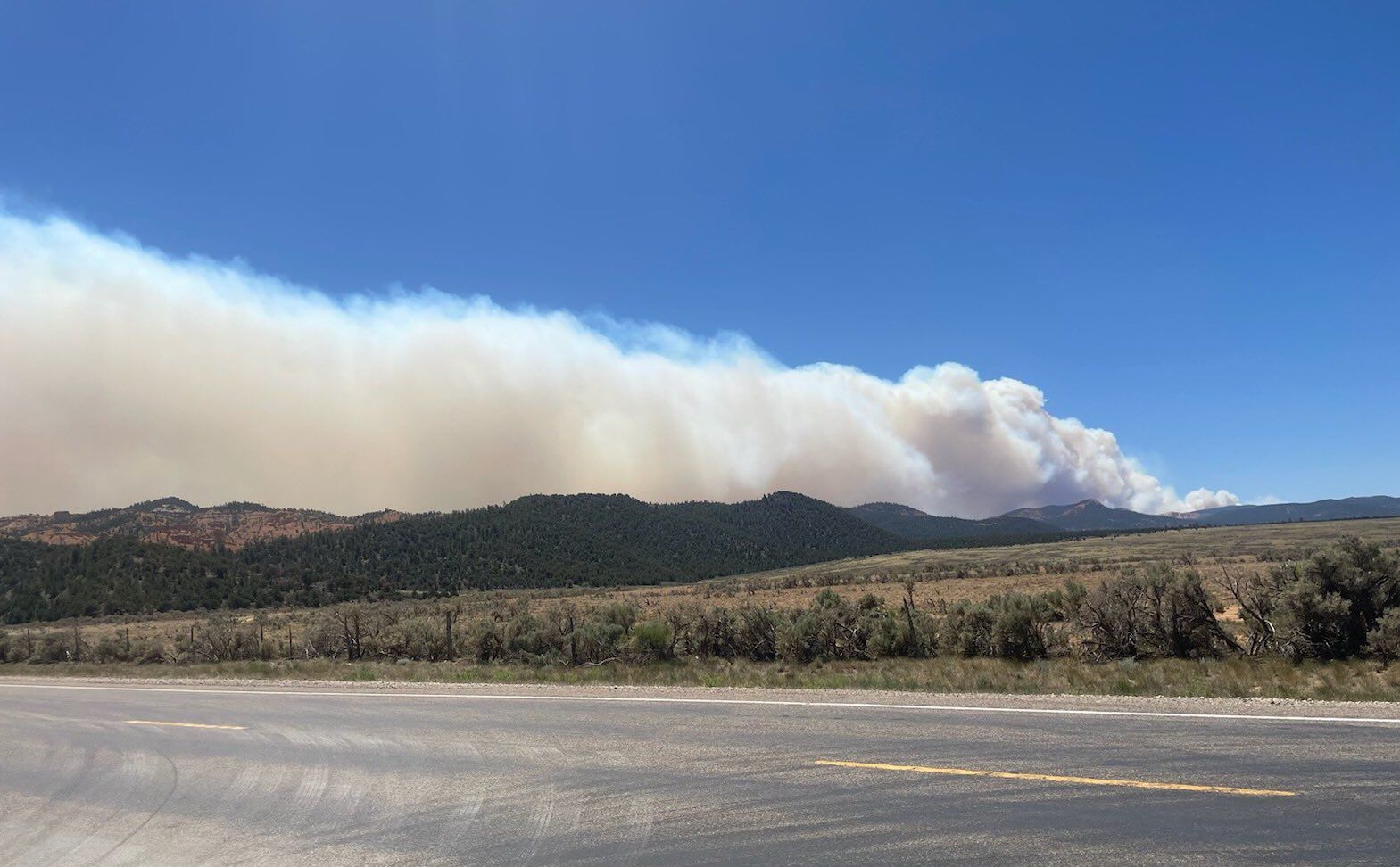 (Utah Fire Info) The Left Fork Fire has grown to more than 2,600 acres and is only 5% contained.

The blaze has grown to 2,608 acres and is only 5% contained as of midday Monday, according to the Utah Interagency Fire. There is no estimate of when it will be included. But the fire, which is about 10 miles southwest of Bryce Canyon City, has caused no injuries, damaged, destroyed or threatened no buildings, and prompted no evacuations. Some campers left the area voluntarily but were not ordered to do so.

According to the fire department, the fire was man-made. It began on May 9 when a prescribed fire spiraled out of control but was believed to be contained after burning about 100 acres. However, the fire reignited Saturday when high winds fanned embers into flames.

🔥 Fire Update: Strong winds have contributed to the renewed growth of the Left Fork Fire, which was first reported in early May about 6.5 miles west of Rainbow Point in the Dixie National Forest.

The Left Fork Fire It burns through mixed conifers and ponderosa pines with a heavy concentration of dead and/or fallen trees. It is moving northeast and has crossed the middle fork of Blubber Creek.

Highland Park gunman questioned by cops over threat to ‘kill everyone’