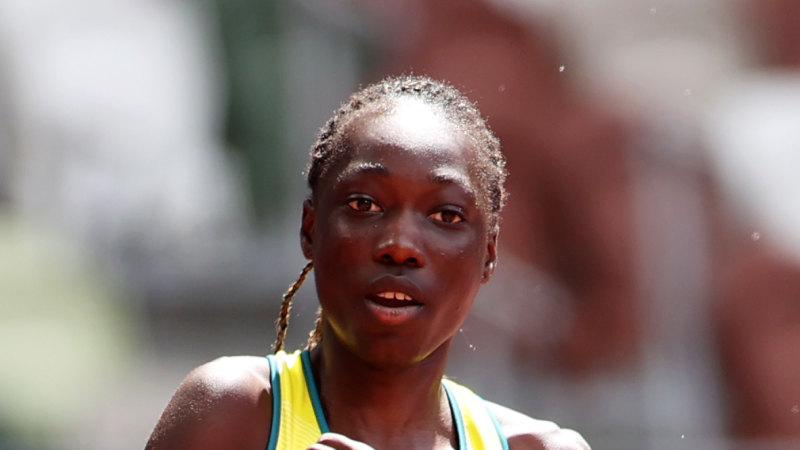 Certainly. I am Sri Lankan Tamil. There was a war in Sri Lanka for more than 40 years, so many Tamils ​​came to Australia in the 80’s: my family was one of those groups. But I was born in Australia and this perspective that you’re an Aussie but you look a little bit different but all your values ​​are Australian: people have described it as a ‘third culture kid’: you’re not really that culture of your motherland, you’re not really Australian, you’re kind of in the middle. I think nurturing those voices and stories is something that’s really important to me because I think migrants have contributed so much to what makes Australia unique.

Absolutely, and that’s an important part of the film because it’s supposedly a sports story, but what’s wrapped up in it is a story about identity. But these are big issues, and it’s hard to tackle big issues without presenting them in an interesting wrapper. And we know Australians love sport, it’s such an accessible and embedded part of Australian culture and can perhaps in some ways foreshadow broader shifts in other areas. Acceptance and representation in this regard can affect other parts of society.

Working with Bendere, did you get an insight into the mentality that it takes to be a top athlete?

Yes, it’s incredible. After some of those workouts and the daily commitment that it takes, it’s hard to imagine the kind of determination, determination and drive that you need to achieve at this level.

There’s the great scene where Bendere pushed her limits and she actually breaks down from the effort she put in.

That’s a fascinating part of sports like track and field, because not only do you have to be better than the other side, you have to be better than your personal best. Behind it is a huge physical path, but also the mental strength to get used to it. Justin Rinaldi, the coach of the Fast 8 Track roster that includes Joseph Deng, Peter Bol and Bendere, really has something special going on there in how he motivates his athletes. It’s great to see an Australian coach reach the top level of coaching.

As a documentary filmmaker, is it somehow scary to tell a story when you don’t know how it will end?

I love these questions! It’s scary! You always have a sense of something, and when you open a story you have to be able to put it into a neat package. But when you hit the ground running with your crew, you’re dealing with real people and their real lives. They don’t get paid, they let you into their lives and some potentially vulnerable situations. It’s definitely difficult, and I think you have to be flexible to maybe not tell the story you’re projecting, but to understand the story that’s there and deal with it.

run girl is on SBS Viceland and NITV on Thursday, August 18 at 8:30 p.m and SBS On Demand.

Find out the next TV, streaming series and movies to add to your must-sees. Get the watch list delivered every Thursday.

Who Was Eliminated During Elvis Night “Dancing With the Stars”?