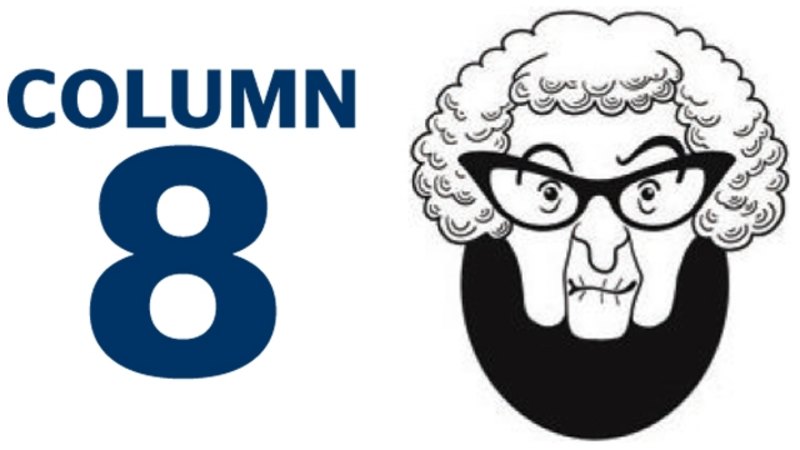 Following the discussion of domestic animal contributors (C8), Ross Krippner of Bangalow suggests that “we should have more of this since anecdotes involving canines, cats, birds, arachnids, and most other domestic animals are typically whimsical, amusing, or otherwise.” are interesting.”

Harrington’s Joy Cooksey suggests that those who envy Mr Riley’s article (C8) “should read The Short and Happy Life of Riley by Colin Thompson. Grandma probably reads it to naughty, greedy kids. It ends with ‘You just have to settle for a lot less’.”

Those disappointed that their posts were not selected for publication in Column 8 may agree with Frank Riley (C8). However, as with any populist movement, it often pays to take a closer look at those making the most noise before declaring your support. For example, since January 2021, the same Frank Riley has submitted a total of four posts, including two very similar complaints, two of which have been published, giving him a 50 percent publication rate. Half of all your submissions in a two-year period are published? Sounds a bit like favoritism, right? For comparison, the main target of those with C8 publication envy, George Manojlovic of Mangerton, submitted 171 papers and had only 66 published, giving him a publication rate of around 39 percent. But despite more than 100 unpublished contributions – many of them absolute mother-of-pearl – he has not once complained. Complaining is easy, anyone can do it, but it pays to have a consistent conversation.

Jamisontown resident Garry Champion says, “If I sharpen my pencils too hard, the tips break when I tap on my keyboard.”

Pasquale Vartuli of Wahroonga, at least as far as the name is concerned, asks, “What’s wrong with looking forward to Easter (Pasqua)? As one disgruntled mother put it as she got stuck in line at the checkout on Christmas Eve, “Whoever invented Christmas should be crucified!” Theologically correct, but for a very different reason.”

George Zivkovic of Northmead thinks he has found shades of hyacinth keeping up appearances at his local supermarket. “‘Rocquette’ lettuce for sale right next to your garden salad ‘rucola’ salad.”

South Turramurra’s Gerry Foley offers a gentler approach to passenger etiquette, writing that “on buses (C8) in Thailand it is customary for adults to stand in for small children, as it is believed that they tire easily when standing.”

Include name, location and daytime phone.

https://www.smh.com.au/national/nsw/behind-the-noise-of-pet-sounds-20221227-p5c8wq.html?ref=rss&utm_medium=rss&utm_source=rss_national Behind the sound of pet noises