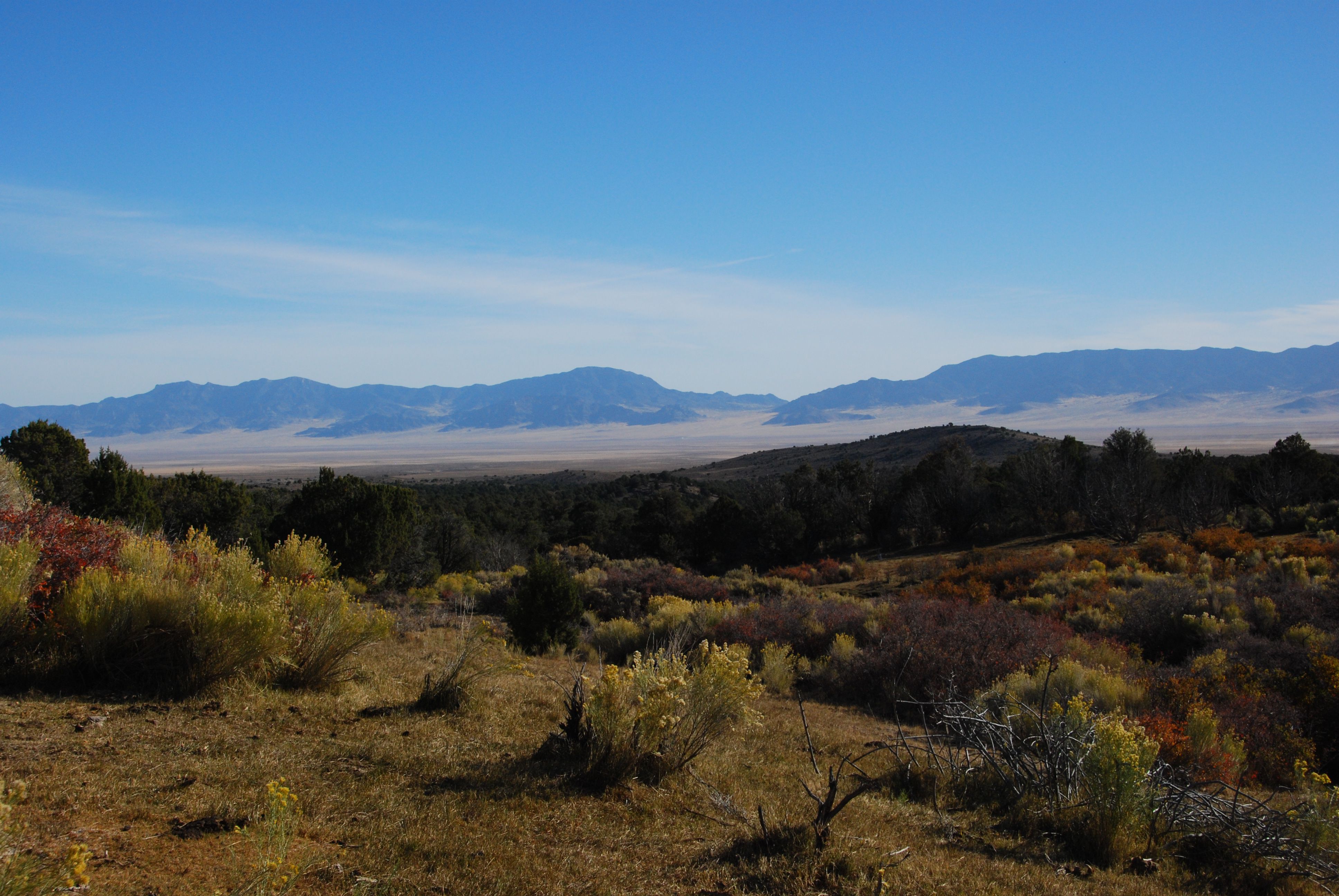 A smoldering water war could be brewing in Utah’s West Desert, where an Iron County water district is attempting to extract billions of gallons of groundwater in a neighboring rural district to sustain urban growth in Cedar City.

Beaver has notified the state that he intends to file a lawsuit if the State Engineer, the office that oversees water rights, fails to comply with key provisions of a legal settlement with the District of Iron County relating to its claimed rights to 26,500 acre-feet of water interspersed among the Pine and Wah Wah valleys.

In a letter sent to Attorney General Sean Reyes Dec. 6, Beaver County Attorney Von Christiansen says the Water District’s $260 million groundwater pumping and pipeline project, as outlined in a draft environmental assessment, does not identify any measures that would secure Pine Valley and the adjacent basins are not left high and dry.

Meanwhile, new information from the US Geological Survey casts doubt on how much water can be safely extracted from under Pine Valley. According to Beaver County Commission Chairman Mark Whitney, its aquifers are fed by an arid region that receives only 6 inches of rain per year and is likely hydrologically connected to basins east of Nevada and as far north as the Great Salt Lake.

“They had to monitor it. You had to deal with it. And they had to reduce their water use in Iron County, and they never did. And the State Engineer never enforced it,” said Whitney, who farms near Milford.

Allied with Beaver County are Juab and Millard Counties of Utah, White Pine County of Nevada, the Great Basin Water Network, and the Indian Peaks Band (IPB) of the Paiute Indian Tribe, which hold federally reserved water rights in Pine Valley. Tribal officials said they were not properly consulted by either the state engineer or the water district.

“They are stealing our water for their project,” said Tamra Borchardt Slayton, chairwoman of the Indian Peaks Band, or IPB. “This project directly violates the federal government’s fiduciary obligations to IPB. The state of Utah cannot allow this project to go ahead.”

Beaver County officials have been challenging Iron County’s plans for groundwater in the Pine and Wah-Wah Valleys for years — in front of the state engineer and in court. The parties reached a legal settlement in 2019 granting the Water District the right to abstract 26,500 acre-ft of water annually and reserve a portion of it for use in Beaver County.

This deal requires Iron County to submit a monitoring and mitigation plan, but Beaver County’s letter claims the plan is insufficient. As a result, Beaver will sue the state and water district as early as January 5 unless the state engineer initiates a public hearing to review the adequacy of the monitoring plan.

Behind the dispute is the Iron County district’s reliance on groundwater to meet the needs of fast-growing Cedar City. In recent years, the district beneath Cedar Valley has been withdrawing more water than it is putting in, a practice known as groundwater extraction. The water deficit is so great that parts of the land are sinking. The district’s controversial solution proposes a network of wells and pipelines that would take water from Pine Valley and transport it 66 miles south to Cedar City.

“They wanted to mine our water to pipe to Iron County when they had it [other] sources,” Whitney said. “They could have gone to Parowan and bought farmland. … I don’t like it when the family farms disappear, but with growth you have to sacrifice something like they did in the Salt Lake Valley. If they want to keep growing, they have to face those consequences and basically do the same thing. Don’t come to your neighbor and steal his water.”

“We must have that [monitoring] Plan in place before water is withdrawn,” he said. “There is a kind of double layer of insurance. We need to reduce pumping if that turns out to be the case [water] Source is not there.”

And there’s the catch. Exactly how much groundwater is available under Pine Valley for “safe” withdrawal is not known. Beaver County and its allies say new data suggests it could be far less than the amount that was awarded. Accordingly, they insist that the State Engineer reevaluate the amount of water Iron County is allowed to absorb.

“Once you start pumping water [from the ground], and once you start draining an aquifer, it’s like a train leaving the station. You don’t stop it,” Whitney said. “The thing is, before you can finally see the real damage, the damage is already done and irreparable.”

But Monroe said his district has put together a monitoring program that includes a network of wells, gauges to measure surface flows at springs and aerial photographs.

According to Monroe, as part of an ongoing Environmental Impact Statement, the Bureau of Land Management is analyzing this monitoring program along with an associated mitigation plan to ensure problems are identified and addressed early before existing water users are impacted.

“And when we affect or affect someone, then there are state laws and there are things that we are committed to doing to make people healthy,” he said.

He pointed out that under Western water law, the right to water does not belong to the counties where it is found, but to whoever puts it to good use first. In this case, he said, Iron County was the first to propose using groundwater from the Pine and Wah-Wah valleys.

However, Beaver County ranchers, and Native Americans before them, have long relied on springs likely connected to groundwater sources. Officials fear that if these wells disappear because of Iron’s project, they may never come back and the remote desert valleys could become uninhabitable for humans and wildlife.

“We have to protect that aquifer out there,” Whitney said. “We’re just getting them to honor the agreement.”

https://www.sltrib.com/news/environment/2023/01/02/beaver-county-moves-enforce-deal/ Beaver County is trying to negotiate a settlement with its neighbor over groundwater pumping