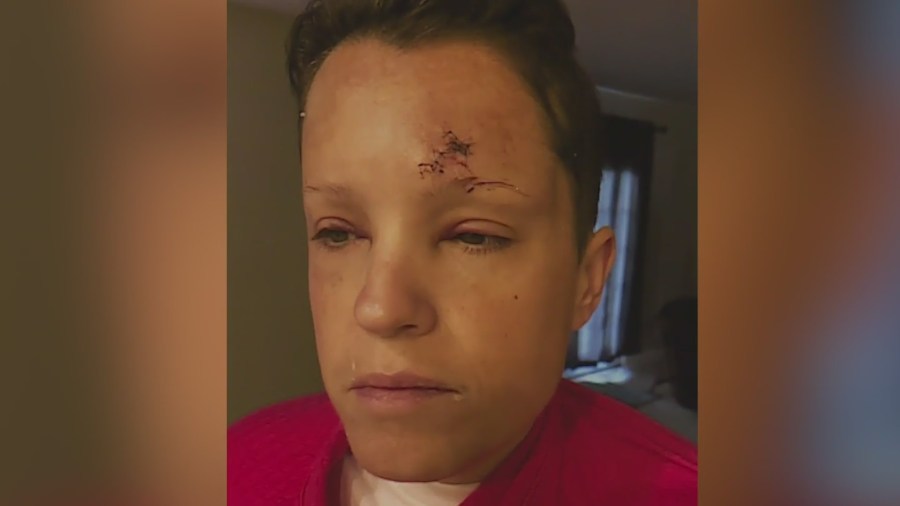 BONNE TERRE, Mo. — A prison guard who was stabbed and beaten on the job says the state abandoned her because she was too injured to return to work.

In August 2020, Erin Bray had just been six months into her job as a correctional officer at Bonne Terre Prison. She says she tried to move a violent criminal who had applied for protective custody.

What happened next was a severe caning, during which she was kicked and stabbed in the head.


Bray said the perpetrator “…apparently had a gun from prison, (he) punched me, kicked me, kicked me face down. I was hit on the right side of my head.”

This inmate was serving life for murder. Reports from members of the Missouri Corrections Union that day read: “Please keep our sister in your prayers tonight as she recovers from these horrific beatings.”

Bray speaks out for the first time to say she’s not feeling well. She says that even because of brain damage, she speaks the way she does.

“I lost a career,” she said. “I was so in. I trained because once I hit my one year old I wanted to apply for the CERT team, which is something like the Special Response team. I wanted all the training I could get because I wanted to be successful.”

She said she just couldn’t make it back to work.

“To this day I still have balance problems. Abusers will see you throw yourself off balance and trip, they’ll say, ‘Gosh, she’s going to be a piece of cake!'” Bray said.

“I was fired for leaving my post when I was physically unable to return to prison.”

She was initially paid work compensation until she said state doctors told her she was ready to return to prison.

“Before medics thought I might come back,” Bray said.

Her attorney August Maytas added, “Her private medical staff said, ‘What are these people trying to do?'”

She assigned Maytas to the Laclede Law Clinic to get answers.

Maytas says he may need to sue to get his client’s own prison records.

Maytas says the DOC claimed there was no video. But in a bizarre twist, Bray and Maytas said they saw video of the beating. They say it was played in the attacker’s recent criminal trial. The inmate, already sentenced to life in prison for murder, now has another conviction for assault for Bray’s beating that day in August.

“He’s in there for life. He’ll probably never get out, but life for him isn’t going to change,” Bray said. “My life has completely changed.”

The Missouri Department of Justice has responded to FOX 2’s requests for comment with no more than “The department has no comment.”

We’ll keep track of what might come out of Bray’s possible future lawsuit.

Firefighters surprise woman who brought them treats for 13 years