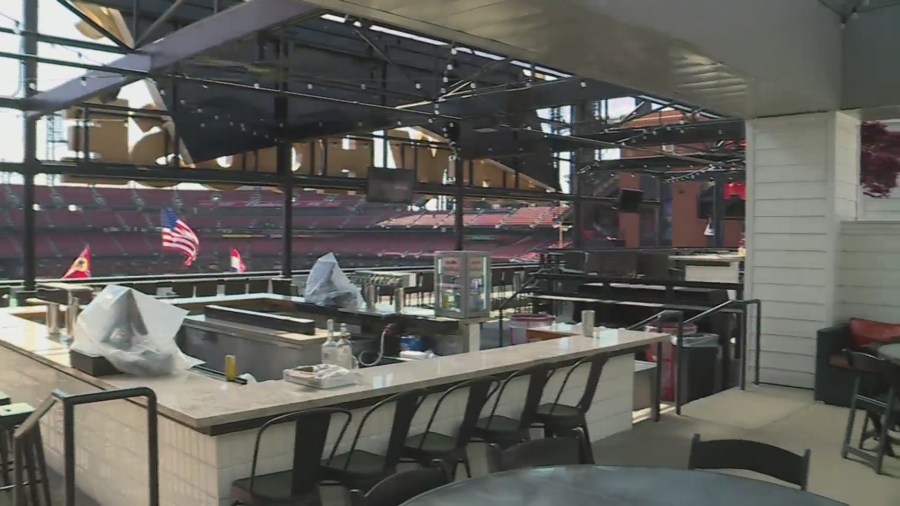 ST. LOUIS – Ballpark Village will be populated by baseball fans this weekend. Ahead of the St. Louis Cardinals Wild Card Series, workers put the finishing touches to the Ballpark Village inside and out for Gateway City’s postseason baseball.

It’s all taking place in the midst of one of the most iconic seasons in recent franchise history. Albert Pujols hit 700 career home runs, Adam Wainwright and Yadier Molina set the MLB battery record and Paul Goldschmidt flirted with a Triple Crown, plenty for fans to look forward to as the postseason draws near.

“This season was like no other season,” says LaMartina. “We saw so many fans and sold out weekends. We’ve seen such excitement about this team that for the thousands and thousands of hot dogs and thousands upon thousands of beers, thousands of guests and sold-out crowds right next door, this is going to be just another of those weekends from an actual capacity standpoint.”

A pep rally is scheduled Friday from 9 a.m. to 11 a.m. at the Missouri Lottery Stage and Together Credit Union Plaza. Fridges are stocked with plenty of beer and kegs upon kegs for Cardinals fans.

There are still a few spots left on the Bud deck for Game 1 of the three-game Wild Card series. The gates open two and a half hours before game time.

The postseason begins Friday when the Cardinals host a best-of-three wildcard series against the Phillies. The first pitch for Game 1 is scheduled for Friday at 1:07 PM CT. For information on where and when to see the Cardinals this weekend, click here.

https://fox2now.com/sports/st-louis-cardinals/ballpark-village-preps-for-first-postseason-run-as-fully-developed-site/ Ballpark Village prepares for the first run after the season

How to record and save Zoom meetings