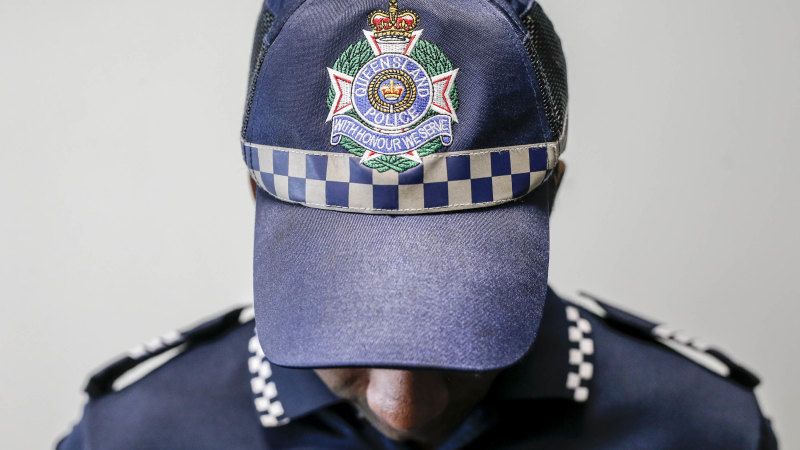 “He asked if that was the way he should attend a meeting with the inspector and then pretended his penis was stuck in a filing cabinet drawer.

This matter went to a disciplinary hearing and the allegations were substantiated. The officer was demoted in rank to senior constable for 12 months.

But even the officer who did not report it was disciplined by the police.

“She now has a disciplinary history on her record for having this man stretch his penis out in front of her at work and subjecting her to other sexual acts, which she does not complain about. I think we can now agree that there are many good reasons why women might not do this [report such events]’ said O’Gorman.

Throughout the hearing, Carroll condemned the conduct of each of the numerous incidents raised.

It comes as the QPS continues to refuse to release the results of an internal poll showing the extent of its cultural problems.

In a previous appearance at the inquiry, Carroll was asked about the survey.

Brisbane times also challenged the QPS under the right-to-know laws following the results of the poll, but declined, partly out of concern that officials were unaware their responses would be made public.

The investigation found that one officer also called others “towelheads” and “Osama,” sent pornographic materials to coworkers, and pinned a picture of a woman in swimwear to station refrigerators with the caption “Tap and Go.” This officer was promoted to another station where he was responsible for more staff.

In another instance, a detective senior sergeant — the subject of 80 allegations from 26 staff members, including nine sexual assaults and one attempted sexual assault — touched a female colleague’s breasts and followed another to a toilet, winking and saying he was in there “for.” a blow job”.

Another officer threatened to break into a woman’s home and rape her after she rebuffed his advances.

His actions were not reported, although other officers were aware of the behavior.

Carroll said she was disappointed that management failed to deal appropriately with several officers, including addressing the allegations under local management decisions, which could include a basic discussion with a supervisor about the conduct.

She acknowledged that on many occasions the women officers “should have been treated better”.

The inquiry continues this week, with police union president Ian Leavers being called to testify.