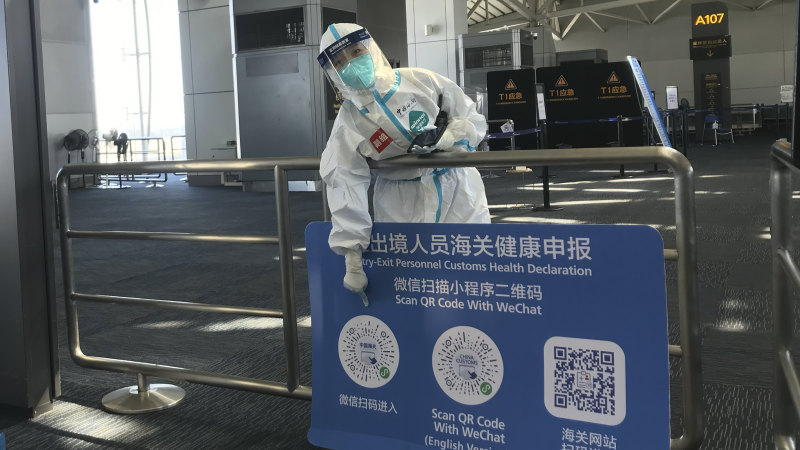 The US Centers for Disease Control justified the rule by saying it wanted to “slow the spread” of the disease.

But it’s hard to understand the scientific basis for reinstating quarantine rules in countries where the epidemic is already well established.

Prime Minister Anthony Albanese made the right decision by deciding not to impose any new restrictions at this time.

While a very high proportion of Chinese arrivals will have COVID, Australia is no longer trying to stop the spread of the disease here, but is “living with COVID”.

Australia officially records around 12,000 COVID-19 cases per day and the real number is likely much higher. A few thousand Chinese arrivals will make almost no difference.

Chinese arrivals should of course follow the NSW Government’s health advice, which means taking basic precautions if showing symptoms, wearing a mask on public transport and having a RAT before visiting those at higher risk of serious illness.

But there’s no reason to block them any more than anyone who has COVID.

Italian health authorities have justified the new test requirements by saying that they want to watch out for dangerous new variants from China.

China has fueled concerns about new variants by failing to share accurate data on its epidemic.

But there is no reason to believe that the variants in China are worse than message variants like CH.1.1 recently discovered in India.

Of course, Australia and other countries should watch out for new variants by carefully screening all cases. But if the past three years have shown anything, it’s that half-hearted measures like requiring Chinese citizens to take a COVID test before arrival will not be enough to prevent new variants from reaching Australia.

While the new overseas testing requirements will be of little use from a health perspective, they could have unfortunate political consequences, diverting attention from the Chinese government’s mistakes and alienating the Chinese people.

Some of them will ask, for example, why the US, which has an appalling record in fighting the disease, is pointing the finger at China.

Australia, of course, needs to watch closely, but the current situation in China does not require any particular response here, other than expressing sympathy for the Chinese people’s suffering.

https://www.smh.com.au/politics/federal/australia-must-not-over-react-to-china-s-covid-crisis-20221229-p5c9by.html?ref=rss&utm_medium=rss&utm_source=rss_politics_federal Australia must not overreact to China’s COVID crisis