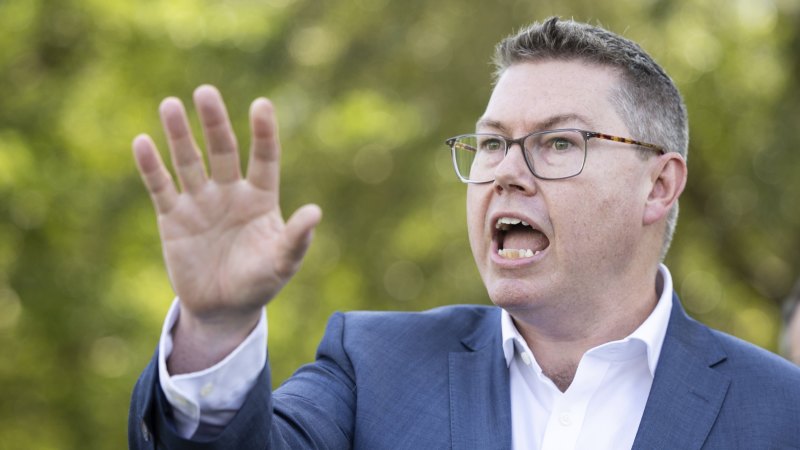 The issue is particularly sensitive in the Pacific island nations, which face rapidly eroding coastlines and the highest economic costs of climate change but account for a fraction of the world’s greenhouse gases. Australia has one of the highest per capita carbon emissions in the world due to its intensive mining and farming industry.

dr Tess Newton Cain, a Pacific researcher at Griffith University, said Conroy’s willingness to help draft the motion to the court suggests “there was a little hesitancy that Vanuatu takes full responsibility for it.”

“There was some concern that Australia was trying to water down the language,” Newton Cain said.

“Everyone takes note of Australia’s change in substance and tone under Labour. But it is expected that there will be more when it comes to coming on board and aligning with Pacific priorities.”

Conroy said Australia must be prepared to help refugees forced to move in and out of Pacific states due to climate change.

“This is a real challenge and we are working hard, firstly, to avoid climate change wherever we can through our commitment to international action,” he said.

“One of the aspects of climate change that we need to address is islands that are disappearing, and how we deal with human movement around them is a critical issue for the future. New Zealand has looked into certain visas. This is a topic I think will come up in future Pacific Island forums.”

Newton Cain said the prospect of islanders being forced from their homes by climate change is a highly sensitive issue in the region.

“The idea of ​​people leaving their lands and the remains of their ancestors and disengaging is a very big problem for Pacific communities and it’s one that is viewed with a great deal of concern,” she said. “There’s a lot more to it than saying everybody get on the boat, we’ll take you somewhere where the sea won’t swamp you.”

Prime Minister Anthony Albanese will arrive at the forum on Wednesday, two days after Kiribati withdrew. Kiribati President Taneti Maamau accused the forum of not adequately addressing the concerns of the Micronesian countries. The forum also angered the Pacific nation by deciding to hold the regional dialogue during Kiribati’s national holiday.

Kiribati is seen as a potential partner for China in the region after Beijing tried to bypass the Pacific Islands Forum to reach a regional security deal in May. Kiribati has claimed that a Chinese state-backed proposal for an airstrip on one of its islands midway between the Americas and Asia would be for civilian use only.

The President of the Federated States of Micronesia, David Panuelo, appealed to Pacific Island leaders to maintain solidarity amid growing geopolitical competition in the region.

“Consensus has always been the format of our way of doing things together,” he said. “The harmony and peace in our region are of vital importance. Our national interests must come first. We do not want our region to become collateral damage again.”