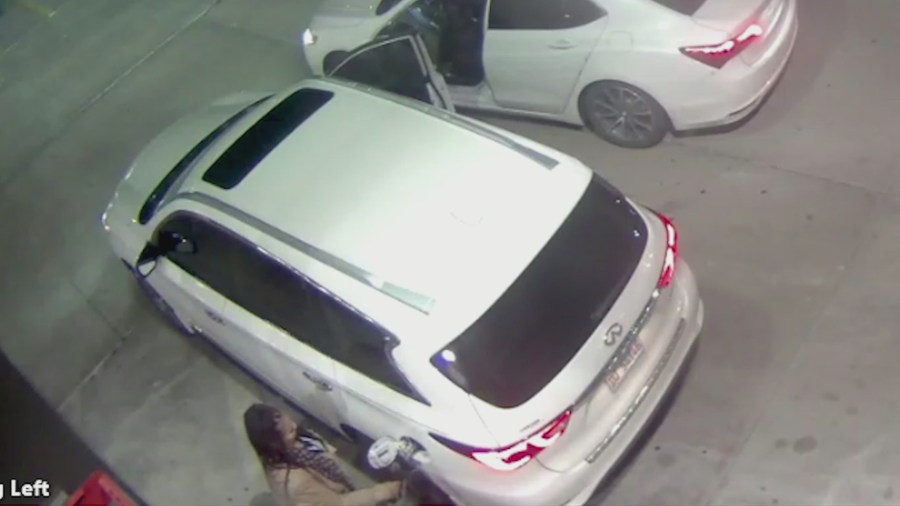 BRIDGETON, Mo. — Carjackings are on the rise, and while police work to stop thieves, some drivers are now fighting back to protect their property.

On Tuesday, January 3, just after 5:30 p.m., Williams, who declined to give her first name, was returning home from work when her usual gas trip turned into a fight for her life.

“I put the cap back on the gas tank and hear my door open,” Williams said. “As soon as I hear my door, I see the lights in my car, and I see a man jumping onto the driver’s side.”

Then the adrenaline took over and she jumped into action.

“I just start hitting and hitting him. He had his arm up, but he kept walking and he reached,” Williams said. “I was like, ‘I have my purse, I’m hiding and carrying it, my gun is there.’ I’ll take it. He saw me take it from the clip and he panicked.”


The suspect, whom Williams described as a young teenager, jumped out and ran back into the vehicle he had entered. The teenager and another suspect in the car drove away.

“I literally had to jump from my back seat to my front seat and stop my car from hitting the gas pump and a person,” Williams said.

Surveillance video shared by police shows the suspect pulling up next to Williams in a white sedan. There were no license plates on the vehicle.

In recent weeks, thieves have targeted customers at gas stations. Williams decided to speak out about her experience after FOX 2 reported on multiple carjackings at a gas station in Creve Coeur on Friday.

A burglary was caught on camera on New Year’s Day, and another the day before Williams. Each time the thieves escaped, but not this time.

“A month ago my Hyundai was stolen and I just got this car,” Williams said.

She said since the car was new, she wasn’t used to the doors not locking automatically. The thieves took advantage of this within seconds.

Williams said she doesn’t encourage anyone to react the way she did, but said she was grateful she wasn’t the victim again.

“We could both have been injured, so definitely blessed that it didn’t go the other way,” she said. “I’m safe and I can talk about it and warn other people.”

Authorities are reminding drivers to always lock their doors and take the keys with them.

Bridgeton Police are urging the public to produce any information they have as they continue the investigation.