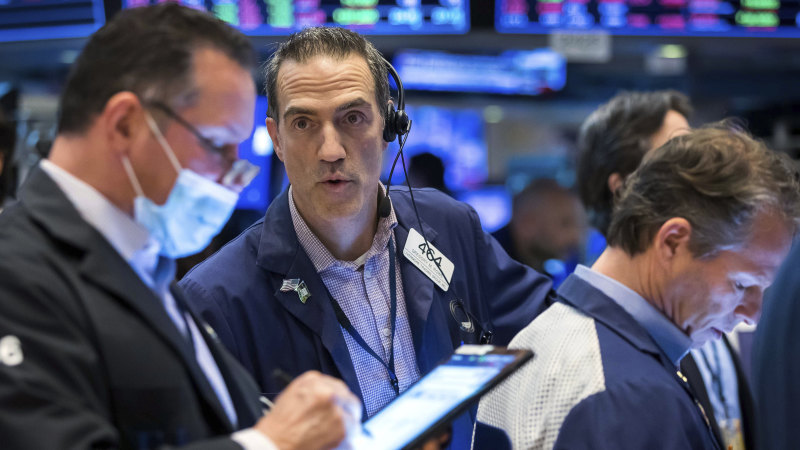 Maley noted that stocks trade at valuation levels that are viewed as highs – not lows. The current price-to-sales metric, for example, is at the same level as the market highs in 2020, 2018 and the tech bubble in 2000, he added.

Price pressures, a wave of monetary tightening and a slowing global economy continue to keep investors on the sidelines even after global equities lost $18 trillion in the first half. US inflation is expected to edge closer to 9 percent on Wednesday, adding to the Federal Reserve’s case for a jumbo rate hike in July.

Steep rate hikes by the Fed and recession fears have pushed the greenback to its highest level since March 2020. The rise in the dollar will be a “massive headwind” for the profits of many large US companies and another reason to expect deteriorating earnings prospects, wrote chief Michael Wilson, US equity strategist at Morgan Stanley.

Billionaire investor Leon Cooperman said a stronger US dollar was actually “negative for corporate earnings.” In fact, several companies including giants Microsoft, Costco and Salesforce have also lamented the impact of the US currency’s meteoric rise.

“A standstill in stagflation is just as likely as an outright recession,” wrote Lisa Shalett, chief investment officer at Morgan Stanley Wealth Management.

Meanwhile, strategists at Citigroup pointed out that there is a strong correlation between Fed rate action and earnings growth. They say it’s common for earnings to rise as the Fed tightens and contract as the central bank eases in response to economic weakness.

That means corporate earnings should remain resilient to rising inflation and slowing growth, paving the way for a recovery in battered US stocks for the remainder of 2022, they added. Strategists expect the S&P 500 to end the year at 4,200 — about 7.7 percent higher than Friday.

As major US banks open earnings season this week, traders will be looking for clues on consumer health and spending trends, as well as corporate lending and business confidence. Property valuations and lending can be as critical to market direction as considerations about the state of capital markets.

Results from the FAANG cohort of megacaps like Facebook-owner Meta and Google’s parent Alphabet are due later this month. But traders are bracing for heightened volatility as earnings cuts by industry analysts lag behind, leaving room for big surprises and dramatic post-earnings moves.

Elsewhere, Bitcoin fell again — and Wall Street expects the cryptocurrency’s sell-off to get much worse. According to 60 percent of the 950 investors who responded to the latest MLIV Pulse survey, the token is more likely to fall to $10,000 and roughly halve its value than it is to bounce back to $30,000. The balance also showed that 40 percent saw it differently.

Crude oil fell amid a renewed spike in virus cases in China, while a court order allowed the crucial CPC terminal on Russia’s Black Sea coast to remain operational – easing some supply concerns.