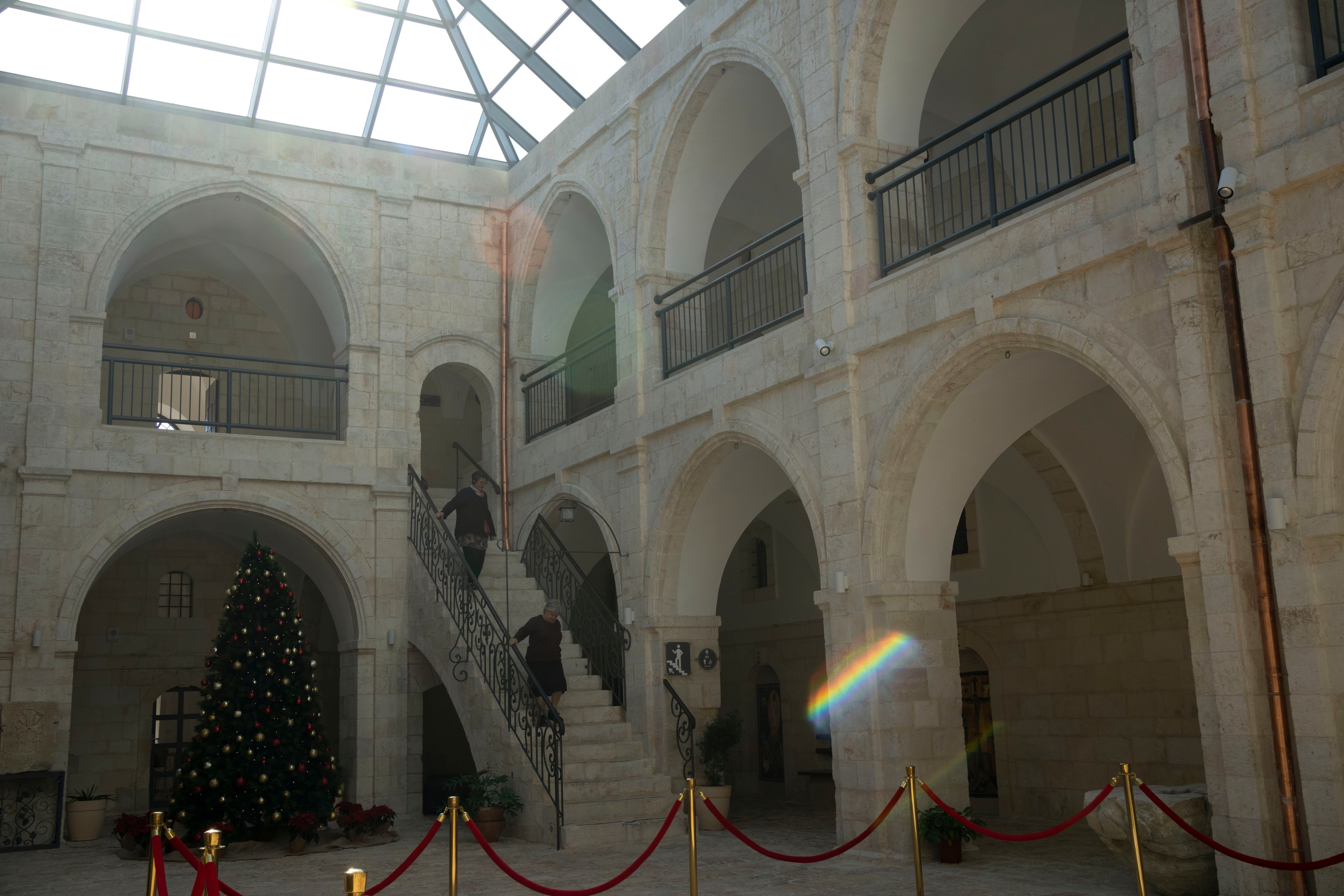 JERUSALEM – A hundred years after hosting scores of children whose parents were killed in the Armenian Genocide, a 19th-century orphanage in Jerusalem’s Armenian Quarter has reopened its doors as a museum documenting the rich if painful history of the community.

The Mardigian Museum showcases Armenian culture and tells of the community’s centuries-long association with the holy city. At the same time, it is a memorial to around 1.5 million Armenians killed by the Ottoman Turks in World War I, in what many scholars consider to be the first genocide of the 20th century.

Turkey denies the deaths are genocide, saying the toll was excessive and those killed were victims of civil war and unrest.

Director Tzoghig Karakashian said the museum should serve as a “passport for people to learn about the Armenians” and understand their part of Jerusalem’s history.

The museum reopened in late 2022 after a renovation project lasting more than five years. Before that the building – originally a pilgrims’ inn from the 1850s – served as a monastery, an orphanage for children who survived the genocide, a seminary and finally a small museum and library.

Jerusalem is home to a community of around 6,000 Armenians, many of them descendants of people who fled the genocide. Many inhabit one of the main districts of the historic old town, a mostly gated compound adjacent to the 12th-century Armenian Cathedral of St. James.

But the Armenians’ association with the holy city goes back centuries, from monks and pilgrims during the late Roman Empire to the Armenian queens of Crusader Jerusalem.

The centerpiece of the museum, which fills the sun-drenched courtyard, is an exquisite 5th- or 6th-century mosaic adorned with exotic birds and vines, discovered in 1894 on the site of an ancient Armenian monastic complex. It bears an Armenian inscription “dedicated to the remembrance and salvation of all Armenians whose names the Lord knows”.

For decades, the mosaic remained in a small museum near the Damascus Gate in the old city. In 2019, the Israel Antiquities Authority and the Armenian Patriarchate undertook the arduous task of removing the mosaic floor and transporting it across the city to the newly renovated museum.

From intricately carved stone crosses known as “Khachkars” to iconic painted tiles and priestly robes, the museum showcases Armenian material art while excellently telling the Armenian story of survival. While Jerusalem changed hands with the rise and fall of empires, the Armenians stayed.

“Survival means not being seen,” said Arek Kahkedjian, a museum guide. “We survived without people knowing what or who we are, and today we feel ready to bring you the history and heritage, the culture, and how we are advancing and modernizing with the times.”

Woman's body found in apartment, car set on fire nearby