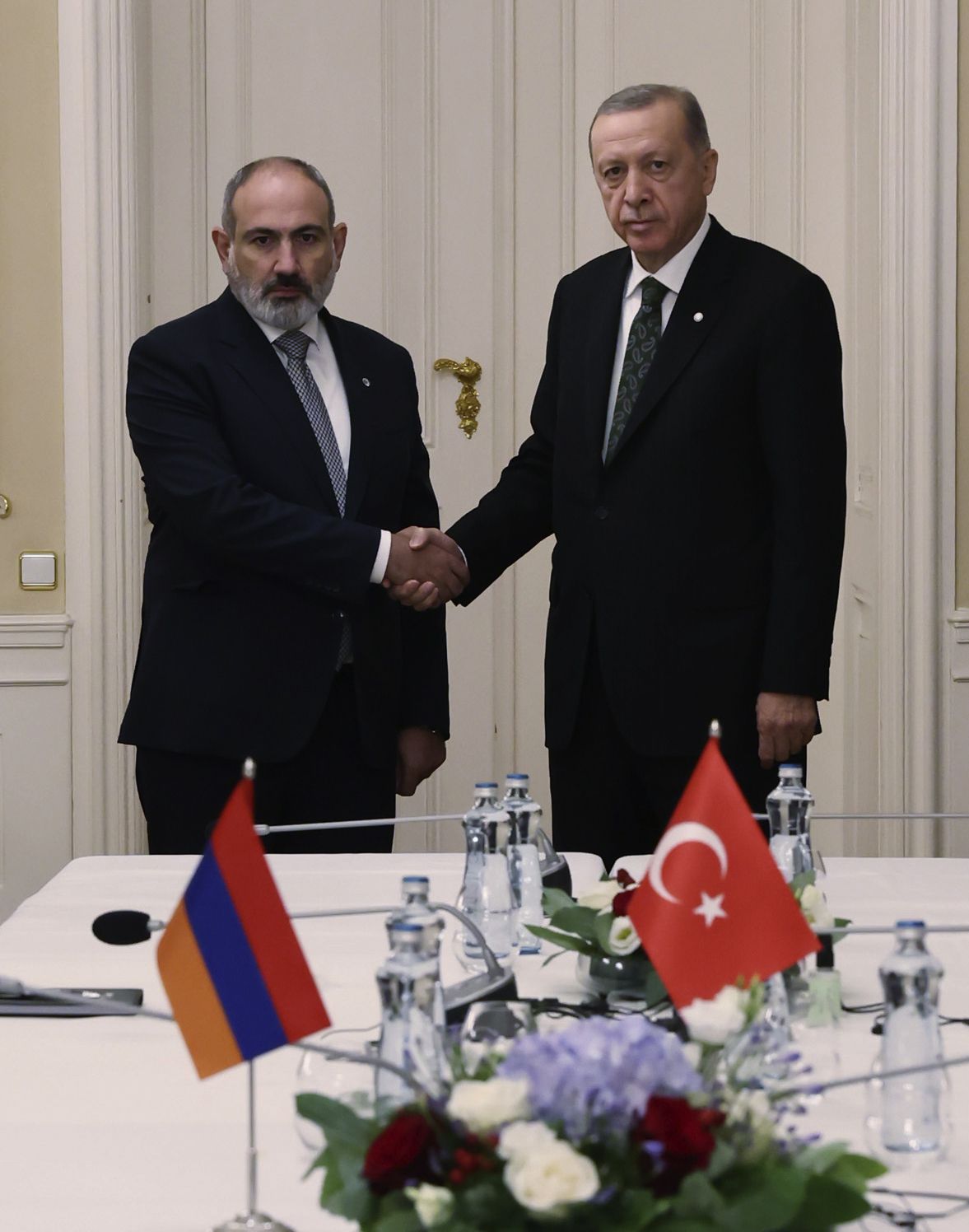 Armenia’s Prime Minister Nikol Pasjinian, left, arrives for a European Political Community meeting at Prague Castle in Prague, Czech Republic, Thursday, October 6, 2022. Leaders from some 44 countries gather on Thursday to set up a “European Political Community” to boost security and economic prosperity across the continent, with Russia being the only major European power not invited. (AP Photo/Petr David Josek)

PRAGUE – Leaders of Azerbaijan and Armenia have held talks in Prague to ease tensions between the two longtime adversaries.

Azerbaijan “agreed to cooperate with this mission as far as it is concerned,” the statement said.

Last month Armenia and Azerbaijan negotiated a ceasefire to end a flare-up of fighting that killed 155 soldiers on both sides.

The EU mission will start in October for a maximum of two months with the aim of “building trust” and “contributing” to the border commissions set up earlier this year to deal with issues related to the demarcation of the border , the statement said.

The former Soviet countries are locked in a decades-long conflict over Nagorno-Karabakh, which is part of Azerbaijan but has been under the control of ethnic Armenian-backed Armenian forces since the end of a separatist war in 1994.

The move comes after leaders of historic foes Turkey and Armenia on Thursday held their first face-to-face meeting since the two countries agreed to upgrade ties.

The talks took place on the fringes of a summit of the heads of state and government of 44 countries to set up a “European Political Community” aiming to promote security and economic prosperity across Europe.